Fathers are the winners. Heroes of bygone days 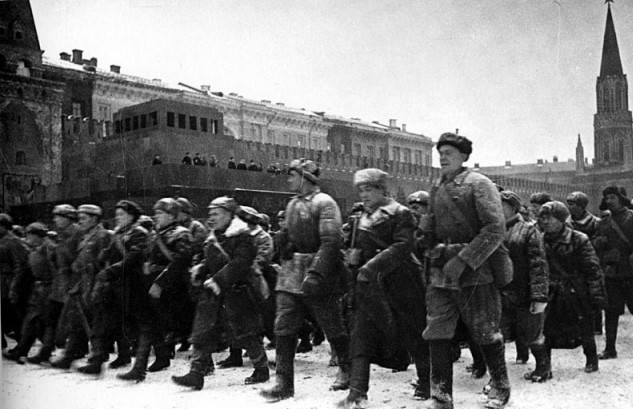 Do you remember OMSBON, a fellow student?

My father, Alexander Zevelev, is a front-line soldier, with a photograph of whom my grandson and I walked in the ranks of the Immortal Regiment along Red Square. The fact is that Red Square is the same historical the place where, right after the historical parade on November 7, 1941, my father left to defend Moscow from the Nazi troops approaching it.

He left with his friends fellow students of the Mythlists (Moscow Institute of Philosophy, Literature and History), as well as students of the Moscow Polytechnic Institute who became his fellow soldiers. Before the war he was a student. In the very first days of World War II, he, along with other students of their university, voluntarily entered the ranks of the Soviet Army in order to fight the Nazi invaders.

Father fought with his fellow students, students of the Moscow State Institute of Engineering and students of other prestigious Moscow universities in the Special Motorized Rifle Brigade for Special Purpose (OMSBON). At first, the brigade defended the approaches to the capital, and soon, in the same 1941, it was sent to the rear of the enemy, in the territory occupied by the Nazis of Belarus. They fought in a partisan detachment under the command of the famous Soviet intelligence officer, Hero of the Soviet Union Dmitry Nikolayevich Medvedev.

This Special Brigade, in which my father fought, first as an ordinary and then as a lieutenant, was formed from volunteer students from Moscow universities. The organizers of the OMSBON were the People's Commissariat of Internal Affairs and the Central Committee of the Komsomol. On August 22, 1941, this group of partisan volunteers crossed the front line and ended up in occupied territory.

The detachment operated in the Bryansk region, as well as on the territory of the Gomel, Smolensk, Oryol, Mogilev regions and completed more than 50 military operations. From September 1941 to January 1942, a detachment in the rear of the enemy managed to create, organize, strengthen and intensify the work of armed groups in several other areas.

At the same time, in the Bryansk forests, the father and his comrades managed to lay the foundation for the creation of a whole partisan territory. Over time, they, as the most important springboard behind enemy lines, were entrusted with new special tasks that were part of the plans of the Supreme High Command.

Today in Moscow there are streets bearing the names of Dmitry Medvedev, Lazar Popernik, Boris Galushkin, Nikolai Kuznetsov ... These are the people who, together with my father, fought behind enemy lines and were the heroes of the OMSBON.

OMSBON, this truly legendary brigade, consisted of two regiments. The first was formed mainly from internationalist fighters, representatives of many countries. The second is mainly from Moscow students IFLI, MGRI and athletes. In this regiment, the legendary Soviet intelligence officer Nikolai Ivanovich Kuznetsov also fought. My father also fought with him.

Among the fighters of the OMSBON, as I know, there were outstanding Soviet poets S. Gudzenko, Y. Levitansky, V. Kardin, athletes - students of the Lesgaft Institute - K. A. Madiy, seven-time boxing champion of the USSR, N. F. Korolev, nine-time champion USSR boxing, Honored Master of Sports of the USSR, S.S.Sherbakov, ten-time USSR and world boxing champion, V.N. Troshkin, five-time USSR champion in athletics and many, many others.

In this illustrious brigade, students from such Moscow institutes as the Moscow State Engineering Institute, the Moscow Aviation Institute, the First Medical University, Moscow State University and others fought. More than 30 Omsbonists were awarded the title of Heroes of the Soviet Union, and many of them also became Heroes of Socialist Labor, hundreds became Order Bearers ...

As a result of the actions of partisan students, 3 railway and 7 highway bridges were blown up behind enemy lines, 9 enemy aircraft were destroyed, railroad tracks were destroyed in 13 places, 3 military echelons were derailed, 6 factories performing military orders were put out of action, 2 were destroyed General, 30 officers, more than 400 Nazi soldiers. Just retribution befell 50 traitors to the motherland. 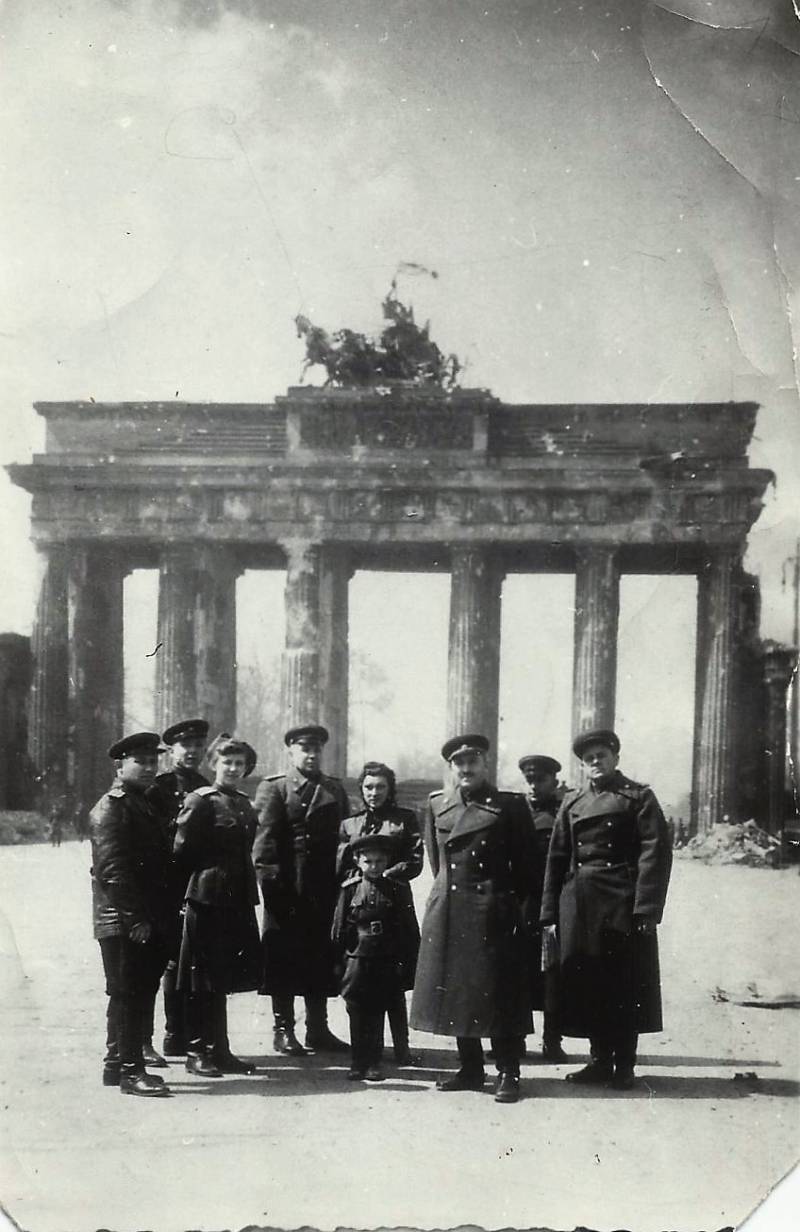 I know one more story related to my father. This is on their account, his and his fellow students, the legendary assassination attempt, or rather, the elimination of Wilhelm von Kube, Gauleiter of Belarus, Hitler’s personal friend. And one of the main performers of this act of retaliation, committed on September 22, 1943, together with Elena Mazannik and Maria Osipova, was a student of the Minsk Medical Institute, partisan-omsbonovka Nadezhda Troyan.

She, like her fighting female friends, was awarded the title Hero of the Soviet Union. After the war, Nadezhda Troyan became a doctor of sciences, professor, vice-rector of the First Moscow Medical Institute.

As for my father, he was seriously wounded at the end of 1943, he was evacuated to the deep rear in Central Asia, to a military hospital in Tashkent, where he was undergoing treatment for a long time. Chained to a hospital bed, he courageously continued and externally completed his studies at the historical faculty of the university. 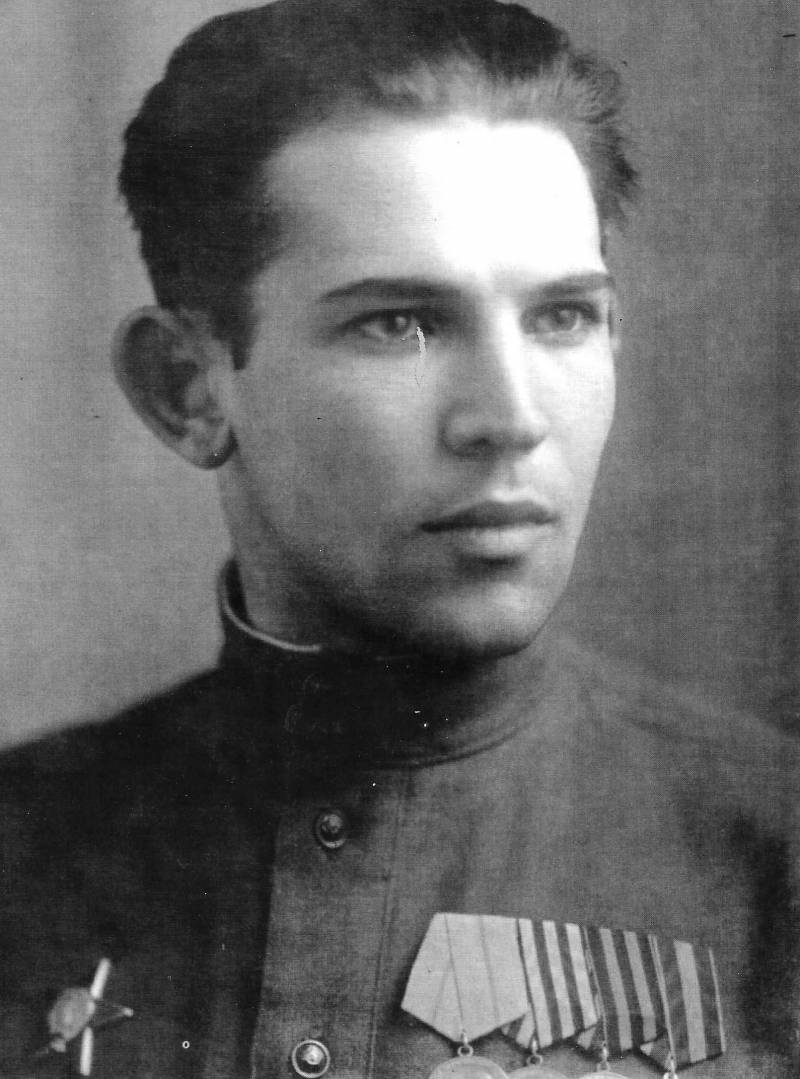 Alexander Zevelev, photo taken in 1945 in Tashkent
There he awaited the Great Victory. Later he became a well-known scientist-historian, doctor of historical sciences, professor. Unfortunately, he did not live to see the present anniversary of the Great Victory. I will add that all these facts were included in the historical adventure novel “The Last Battle of Moscow Avenger”, written by me and my husband, which will be published soon.

From the first moment to the last

And here is a truly historical shot. It was made on May 4, 1945 against the backdrop of the burnt Reichstag. On it are the heads of the Smersh counterintelligence department, famous in the battles of the Great Patriotic 3rd Guards Army of the First Ukrainian Front, among which is my husband’s father, Pavel Sapsay, then a very young major guard.

May 4th. The burnt Reichstag. Second left - Pavel Sapsay
Here he stands second from the left, peering out from behind his fellow soldiers. He fought with the Nazis from the very first day of the war, June 22, 1941, until the very last. That is, before Victory Day - May 9, 1945.

To this I can add that the 3rd Guards Army, in which the husband’s father fought, took part in the Berlin operation that ended the war in April and May, and then triumphantly entered Berlin, reaching the Reichstag itself. This historic photograph was taken there.

In this picture, in the foreground stands a boy in the form of corporal guard. I know him well and have heard a lot about him. This is the "son of the regiment", eight-year-old Alik, whose parents were shot by Nazis in Belarus. Shortly after the war, he was also adopted by the Major General Zarelua Vladimir Yevktimovich, who is imprinted in the front row of the guard, captured in this photo and whose surname is Alik. Alexander Vladimirovich Zarelua - Doctor of Mathematical Sciences, Professor.

It is also known that the 3rd Guards Army took part in the Prague operation, having liberated before this the German Dresden, which had been turned into ruins by the Allies. In the early morning hours of May 9, advanced units of their army entered Prague. The liberation of Prague from the Nazi invaders is officially considered the Day of the End of the War - the Day of our Great Victory.

Let me add one more thing: the historical photograph of the burned Reichstag has been repeatedly shown in many documentaries and feature films dedicated to the Great Patriotic War. This shot was also included in the 18th episode "The Capture of Berlin" of the historical twenty-part film of the famous director Roman Carmen with the leading Bert Lancaster, "The Great Patriotic War, or the Unknown War." For many years now, it has been regularly broadcast on all TV channels on Victory Day. 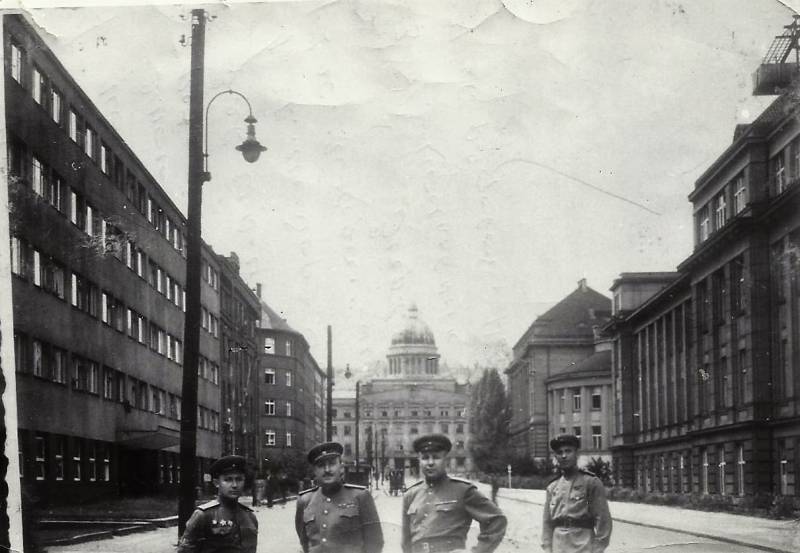 Ctrl Enter
Noticed a mistake Highlight text and press. Ctrl + Enter
We are
Nikolay Lebedev. Thunderstorm Romanian 1st Panzer DivisionThank you for being born!
7 comments
Information
Dear reader, to leave comments on the publication, you must to register.