Military expert: God forbid the American "Abrams" on the go to meet with our "Armata" 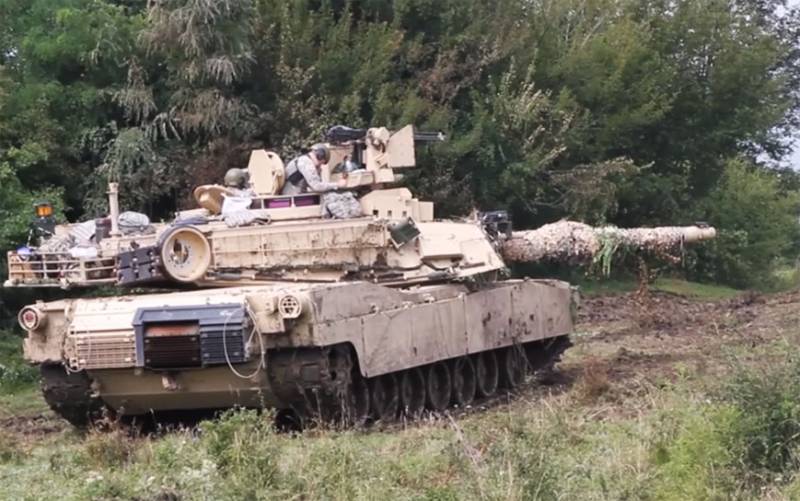 In the West, attempts are often made not just to conduct a comparative analysis of modern Russian tanks with American and European models, but also to expose this, so to speak, analysis as an occasion to announce the "problems" and "insolvency" of Russian military equipment (not only tanks, by the way).


For obvious reasons, recognizing the high quality of the weapons produced in Russia today for the same American “partners” means one thing - to give Russia an additional advantage in terms of developing competition in the global arms market.

That is why in the Western media, in the accounts of social networks, materials often appear, the authors of which are looking for at least some reason to state the “shortcomings” of the technology of the Russian military-industrial complex.

In one of today's articles, Military Review published a Western video, which can be called an example of the aforementioned policies. We are talking about material "A video appeared on the Web with a hint of the superiority of the Abrams tank over the T-14 Armata in stabilization." In the video, the author tries to demonstrate a certain superiority of the M1A2 Abrams tanks over the T-14 Armata tanks in terms of the nature of stabilization during the shooting. The attempt to compare tanks of completely different classes (up to their masses) seems more than strange.

Such a “comparison” specifically for Military Review was commented on by military expert Viktor Baranets, who is a member of the Presidium of the All-Russian organization Russian Officers.

According to the expert, this is an absolutely stupid comparison that comes from the “ritual American itch”.

This is an attempt at least in such a cheap way to make fun of a Russian tank. The Americans do not know the capabilities of our T-14 tank and do not know the system for its stabilization. They have not yet seen our tank in action, nor have they yet seen how it shoots on the move. I was once given the opportunity to see how this tank fires, and I will say this: God forbid the American "Abrams" in the opposite direction to meet our "Armata".
At the same time, Viktor Baranets noted that nevertheless this is from the realm of assumptions and he does not want to become like the Americans, who are used to comparing weapon not in a real combat situation, but theoretically.

What can we talk about if they win everything on the Internet with us aviation battles, on the Internet they mean the superiority of the Patriot system over our S-400s. All this is a typical American boast, which is more based on words than on the real state of affairs. I believe that this is part of the information war that the Americans are waging against our military-industrial complex.

We are in Yandex Zen
Russia is taken to the Golden Billion
Spend on defense and not completely go broke
307 comments
Information
Dear reader, to leave comments on the publication, you must to register.