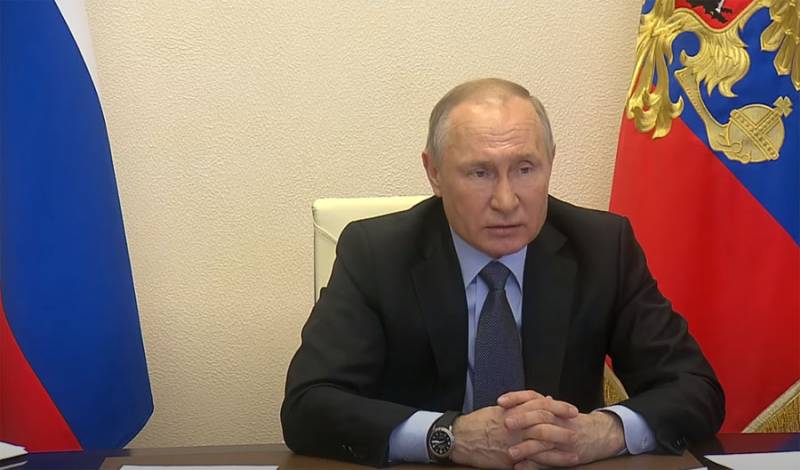 
Respondents were asked a few questions. The first of them was as follows: “What words could you indicate your attitude towards Vladimir Putin?” (it is reported that the respondents were given a card in which the options were presented - it was necessary to choose one of the presented).

27% of respondents said the answer: "I can not say anything bad about him." 20% declared sympathy for the incumbent president, 9% declared "admiration".

16% of respondents said that they treat Putin with indifference, with caution - 9%, with antipathy and disgust - five and three percent, respectively.

Another question was what attracted respondents to Vladimir Putin? According to the survey, 42% said that he was attracted to his political experience, 25% - energy and determination. 5% noted Putin’s ability to compromise. 21% of respondents found it difficult to answer.

To the question “What do you dislike about Vladimir Putin?” Levada Center respondents responded as follows: 14% said he was “alien to the interests of the people” and “he is connected with corrupt politicians,” 13% said that he had a connection with large capital, 11% said that Putin was not managing the country, 8% of the respondents tend to believe that his actions are designed primarily to increase their own popularity. 3% consider Putin a short-sighted politician.

At the same time, 38% of respondents (and this is a record in Levada Center polls since 2000) believe that Vladimir Putin expresses the interests of the oligarchy as president, 37% - siloviki, 16% - “ordinary people”.

Recall that the Levada Center is included in the register of non-profit organizations performing the functions of a foreign agent.

We are in Yandex Zen
Reports from the militia of New Russia for 27-28 September 2014 of the year
Report on the results of the survey-2013 "Evaluation of state political figures"
166 comments
Information
Dear reader, to leave comments on the publication, you must to register.