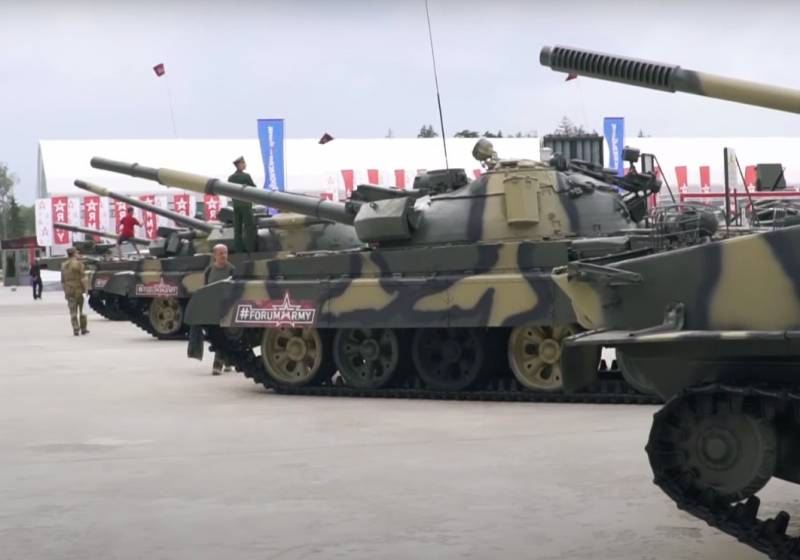 The Polish press is haunted by Russia's successes in defense and military industry. This time, Defense24 published an article on Russian military exports, and the Polish audience tried to give their assessments of Russia's positions on the world market weapons.


As you know, Russia is one of the world's largest exporters of weapons and military equipment. Positions on the international arms market were won back in Soviet times, but even after the collapse of the USSR, they remain very strong.

Vladimir Putin announced the amount of arms exports in 2019: $ 15 billion. The head of state noted that military-technical cooperation with many countries of the world is developing very successfully, although there are certain risks associated with the coronavirus pandemic, which has a negative impact on the entire world economy.

Naturally, an article about the success of Russian defense exports was affected by the audience of the Polish publication, which burst into numerous comments. The anti-Russian sentiment in Poland is so strong that any article about Russia's success provokes only two kinds of audience reaction: either mocking, with the assurance that all success is blown, or panic, with statements that Russia is about to attack unfortunate Poland.

So, one of the readers recalled that the value of Russia's exports, if you subtract oil, oil products and gas, is less than the Polish: 220 billion dollars against 264 billion dollars. And if Russia exported weapons worth $ 15 billion, then Poland supplied furniture and lighting systems for the same amount ...

I wonder how to compare Russia with Bangladesh? Verification: Bangladesh exports only clothes for 25 billion euros,
- the person writes under the nickname "Dull".

He also remembered the Polish automotive industry, which exported $ 30 billion worth of goods last year. True, compatriots immediately besieged the “fiery patriot”, recalling that Poland is essentially just an assembly shop for foreign automobile corporations and that the profits go into the pockets of General Motors, Volkswagen, Toyota, but not the Polish state. In contrast, by the way, from the Russian defense industry, the income from the export of products of which comes to Russia.

Another commentator recalls that Russia will lose arms buyers in the future, as China’s products are more competitive due to their low cost. Of course, they recall the coronavirus too, sarcastically asking how much money Russia will spend on the fight against the epidemic and its consequences, if the per capita GDP of the Russian Federation is lower than that of Poland.

At the same time, there are other comments.

Very sad! Putin shows clearly and unambiguously that he is focused on provoking or endorsing a major war in our world. Otherwise, it would not make sense to develop arms production in the Russian Federation. It also proves that the years of sanctions against Russia did not have much impact on Putin’s policies,
- Someone writes Zbigniew.

Ctrl Enter
Noticed a mistake Highlight text and press. Ctrl + Enter
We are
Russia firmly occupies a place in the global arms market 2 and will maintain its position in the foreseeable future.The big press conference of Vladimir Putin
74 comments
Information
Dear reader, to leave comments on the publication, you must to register.