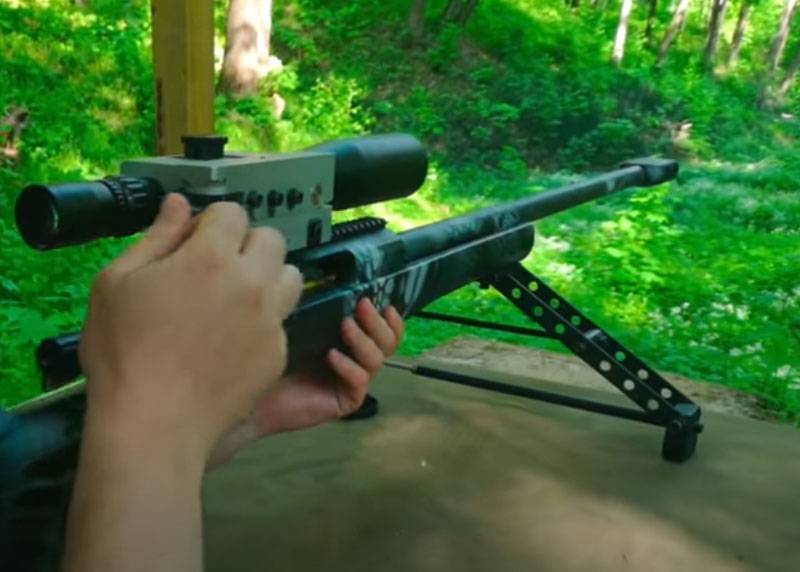 The British press spoke about the "Twilight" rifle, appreciating its merits. It's about sniper weaponsdeveloped by LOBAEV Arms and operated since 2012.


The sniper rifle has a length of 1570 mm, a mass of 9,6 kg. The British newspaper Daily Mail (DM) noted that the Russian rifle is capable of "changing the rules of the game." In this context, we are talking about the fact that the rifle is capable of hitting targets at a record distance. In a British newspaper, it is indicated that it hits the target “at a distance of about two miles” (3220 km).

In fact, during the operation of the SVLK-14C "Sumrak" hit was hit in the target from a distance of 4,2 km.

The article says that the shooting parameters for the range of the Russian "Twilight" almost double that of the British sniper complex L115A3. This sniper rifle, which the British are armed with, is capable of hitting targets at a distance of up to 1,6 km.

In the Daily Mail it is noted that SVLK-14C "Twilight" is intended for professional snipers. At the same time, an expert opinion is given, which indicates that the Russian rifle is capable of radically changing the situation on the battlefield.
Ctrl Enter

We are in Yandex Zen
Reports from the militia of New Russia for 27-28 September 2014 of the year
Interview of Vladimir Putin with Radio Europe-1 and TF1
71 comment
Information
Dear reader, to leave comments on the publication, you must to register.