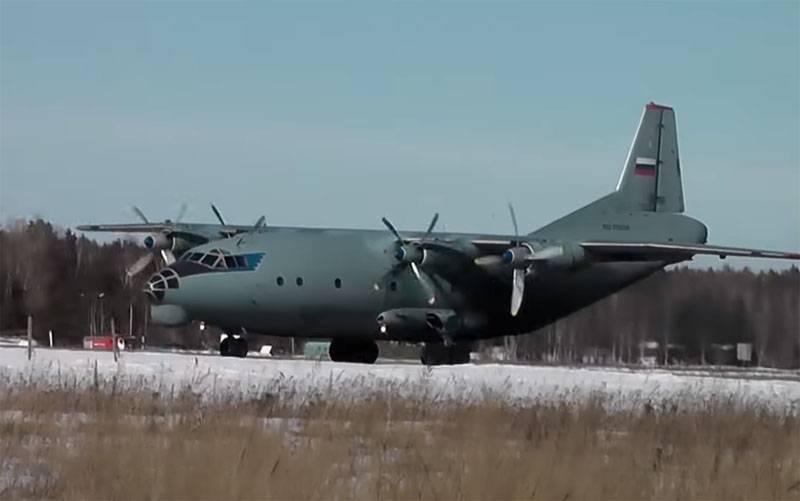 Many media outlets not only in Russia, but also in the United States and Europe have recently cautiously reported that the concept of a new medium military transport aircraft to replace the An-12 has finally been approved.


"The decision on the concept of a medium military transport aircraft has actually been made. It is necessary to complete the necessary documents," RIA reported News according to an unnamed source.

Indeed, the problem of aging of the BTA aircraft fleet is very acute. And the planes themselves are outdated both morally and physically. An-12 is a brainchild from the distant 50s of the last century. Let me remind you that the An-12 made its first flight in 1957! This particular aircraft is the only vehicle in the niche of medium-sized transport aircraft.

It is clear that the delay in the final decision of the Moscow Region is caused in many respects by the competition between the two firms - Ilyushin and Tupolev. Both design bureaus have very clear concepts for the new aircraft. Projects have been developed for a long time and were phased out for economic reasons.

It would seem that it is easier to give both companies the opportunity to develop their own aircraft, and then compare the results. Indeed, this is how the best Soviet cars were created aviation. Conversations at the idea level can be continued indefinitely. But the finished product, built taking into account all the "pitfalls" that exist in the manufacturing sector, will give the customer the opportunity to compare real cars and order the best.

But the fact of the matter is that today we live in a new world. A world where everything is mixed up. Both firms are part of one corporation - UAC. That is, in fact, the cost of creating a new aircraft is paid by one center. And two parts of one corporation are invited to compete. That's where the "mine" is laid.

Remember last year’s winning reports? “In September 2019, the design bureau will be finally determined, which will create an average military transport aircraft by order of the Russian Ministry of Defense.” How much material was then on this issue. How many dreams about the timing of the project. So, what is next?

And then there was a meeting of the UAC scientific and technical council at the end of September 2019. Leading specialists of the United Aircraft Corporation discussed the projects of Ilyushin and Tupolev. Result? Won ... no one. Both projects were "raw" and required improvement. The decision was postponed to the end of November.

Realizing that the customers would not just lag behind the UAC, in December the general director Yuri Slyusar said in an interview with the same news agency about two options for the machine of the future. Draft designs of aircraft were created and, supposedly, clear requirements for future machines were determined.

It would seem that you still need the UAC? "The goals are set, the tasks are set, for work, comrades!" But something went wrong again. The corporation again "pulls the rubber." Mid April 2020 “It is necessary to complete the necessary documents ...”. How long does it take? Year? Two? Three?

It is clear that there is no other way than to create your own SVTS. "Friendship, brotherhood of peoples, international cooperation" and so on, for us the stage has already passed. This position is too expensive for us. In key issues, Russia should rely on its own developments.

Use the scientific and achievements of other countries? Yes! To buy ready-made promising technologies? Yes! To buy licenses and production technologies of some units in order to develop their own production in the future? Yes! But all this should lead to the development of our own industries. own design and engineering, own economy, in the end.

I don’t know which machines today are considered by experts as promising, basic. Most likely we are talking about the IL-276 and Tu-330. At least, it seems to me that these machines will be the basis.

If the competition within one corporation does not look somewhat typical, then the creation of a new UAC unit that will unite the designers of Ilyushin and Tupolev into a single team seems logical. A company, even if it’s temporary, created to solve a specific problem, uniting the best forces of the industry, will quickly solve the problem.

Today the fleet of our transport workers of all classes is almost twice as small as the American one! Something about 250 cars against more than 400 American ones. For our territories, this is practically nothing.

Yes, they lost the Soviet backlog in the person of Antonov. But it's time to create your own, Russian.

Ctrl Enter
Noticed a mistake Highlight text and press. Ctrl + Enter
We are
A great interview with Sergey Lavrov: about Ukraine, Obama and IranWhat you didn't want to know about England
104 comments
Information
Dear reader, to leave comments on the publication, you must to register.