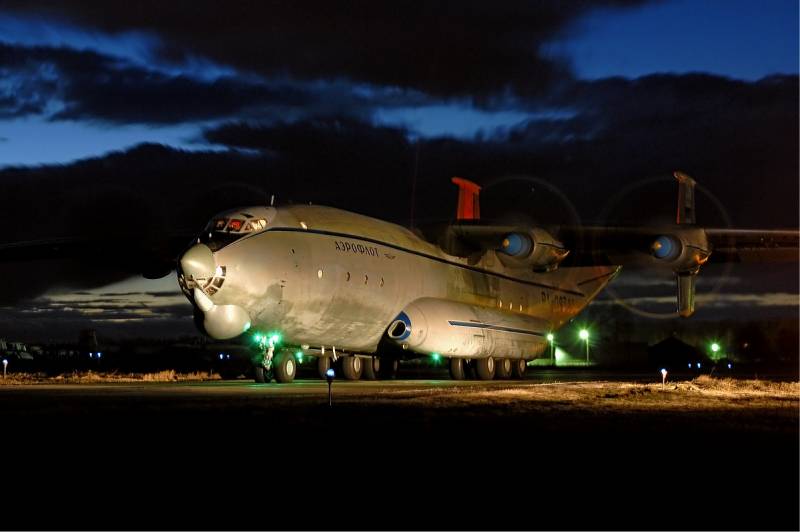 When it comes to military aircraft, most people come to mind fighters, bombers, attack aircraft. Nevertheless, in any serious armed forces these days there is no way to do without winged vehicles, capable of transferring manpower, equipment, as well as cargoes, without which the conduct of hostilities and vital activity of troops will be impossible, as soon as possible.

Since the advent of the military transport aviation as such, the creators of the aircraft sought to achieve from their creations an increase in two fundamental parameters: the range of non-stop flight and carrying capacity. It is quite predictable that this led to the birth of real winged giants that amaze the imagination with their size and other characteristics. We will talk about the most prominent representatives of this category of military transport.

It is pleasant to recognize that the top lines in the list of “most-most” are occupied by domestic cars. However, adhering to the truth, they should be called more likely Soviet aircraft. It is primarily about the An-124. He is “Ruslan”, he is also “Product 400”, he is also “Condor” according to the codification of NATO. For six years (from 1982 to 1988), it was the largest aircraft in the world, in terms of its carrying capacity, and today it is second only to the American Boeing 747-8F. However, this car is considered to be a civilian one, the Pentagon is not used, and therefore our Ruslan among military transport carriers can safely be considered the heaviest - it can lift up to 120 tons into the sky.

If the An-124 is a fourth-generation heavy transporter, then the An-22 (Antei, Product 100, Cock) belongs to the galaxy of honored veterans of the Soviet and Russian Air Force. Nevertheless, this machine to this day holds the title of the largest of all existing turboprop aircraft. What is characteristic, it was originally developed not only for the transportation of bulky military cargo, but also for the landing of manpower and equipment - both by parachute and landing method. An-22 can also be used as a flying hospital for more than 200 people. The carrying capacity is less than that of the An-124, but still impressive - up to 80 tons.

The third on the list, so to speak, is the largest military transporter of the likely enemy - the Lockheed C-5 Galaxy of the US Air Force. In terms of carrying capacity, our An-124 does not reach a couple of tons, however, it can carry a very impressive amount of weapons on board - from 6 Apache helicopters to a couple tanks M1 Abrams. Well, or 3 and a half hundreds of personnel under full gear. The machine is more than serious, manufactured for many decades and, nevertheless, to replace, apparently, is not planned. Yes, and why? In the 80s of the last century and at the beginning of the present century, this giant was twice modernized, its new generations were produced with an increasingly complex and modern “filling” - from avionics to engines, but in its main parameters the Pentagon more than suits and will serve it, most likely for a long time.

Among the rather large military transport aircraft, it’s worth mentioning perhaps the American Boeing C-17 Globemaster III, a strategic “truck” capable of carrying up to 77,5 tons in the sky, and again, our good old IL-76, which is slightly behind carrying capacity (up to 60 tons), but it has earned the very best fame and has shown itself perfectly in real hostilities, including in Afghanistan.

The rest of the winged transporters serving in various armies of the world (the European Airbus A400M Atlas or the Japanese C-2 Kawasaki) can not claim the title of "best-most" in comparison with the above models: neither in terms of carrying capacity, nor in size.

Will cars ever be able to surpass those truly winged giants? How to know! Recently, the creation of aircraft for military transport aviation is more likely to be on the path of efficiency and minimization. It is possible that the "old people" will remain the largest in their class.

Ctrl Enter
Noticed a mistake Highlight text and press. Ctrl + Enter
We are
The tragedy of the American army ("The Atlantic", USA)Situational analysis of the death of the MH17 flight (Malaysian Boeing 777), made on the basis of engineering analysis from 15.08.2014
27 comments
Information
Dear reader, to leave comments on the publication, you must to register.