They asked "Ashen". How has one of the most dangerous Russian submarines changed 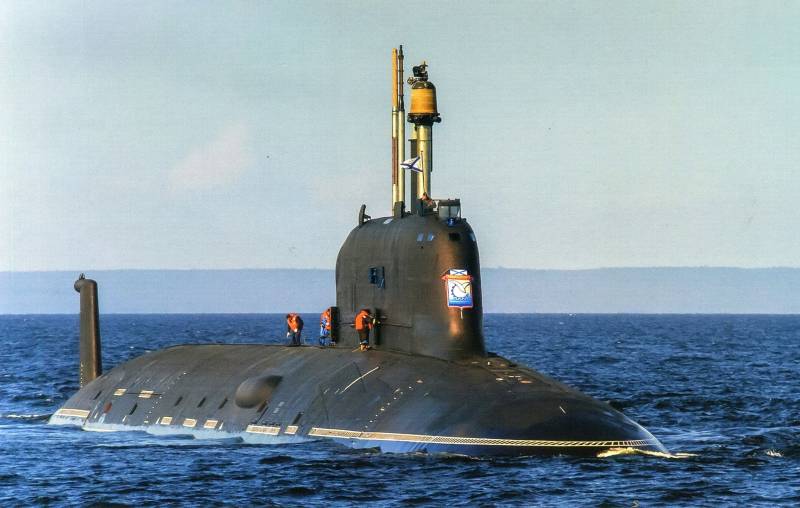 On April XNUMXth of this year, an important event took place: the Americans introduced in operation a new multipurpose submarine of the fourth type Virginia - USS Delaware. An important event, important primarily for the opponents of the United States, as for the Americans themselves it is almost ordinary: the submarine has already become the eighteenth boat of this type introduced into the US Navy. Previously, the Pentagon also commissioned the three multipurpose Seawolf. They are far from new, but even surpass Virginia in the sum of their qualities, referring to the same generation as it is.

Only one submarine can now compare with these boats in the world - the Russian multi-purpose submarine of project 885 Ash, which has now turned into project 885M. Recall now in the Russian Navy there is only one submarine of this family. It's about being incorporated into the North fleet The Russian Navy back in 2014 submarine K-560 "Severodvinsk". The second such boat, K-561 Kazan, was launched in 2017 and is still being tested. It can be considered as the full-fledged birth of a new type of Russian submarine fleet.

"Severodvinsk" became a long-term construction with a capital letter: it was laid back in 1993, and then de facto mothballed until its best years. Years passed, and the boat was outdated in some respects. "Kazan", which became the first submarine of the upgraded project 885M, is designed to correct this situation. Of course, the combat capabilities of the submarine should increase, and the old "childhood illnesses" should be eliminated. The task, it must be said, is far from being as simple as it seems, and it requires compromises: the new version of Ashen has already lost some of the capabilities of its ancestor. 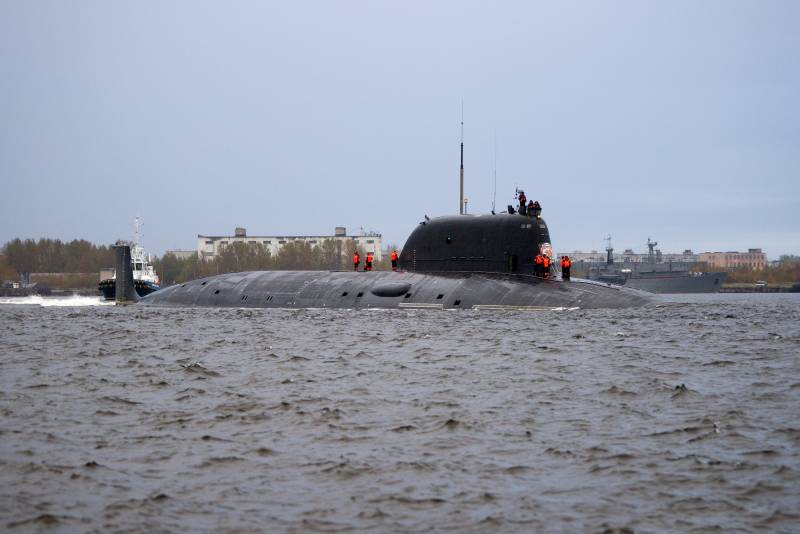 The evolution of the submarine recently drew Izvestia’s attention, although it must be said that they wrote about the differences between the relatively old and conditionally new projects a long time ago. Firstly, the appearance of the submarine has changed. Compared with the Severodvinsk submarine K-561, the Kazan has become shorter: its length is not 139 meters, but 130. The living compartment was cut by four meters. The nose of the submarine has become sharper compared to the lead ship: this is not visible in the photographs, since the main part of the nose of the submarine is hidden under water. The new boat also has increased dimensions of the stern plumage. All this became possible, including through the use of more advanced and compact electronic weapons and automation equipment. 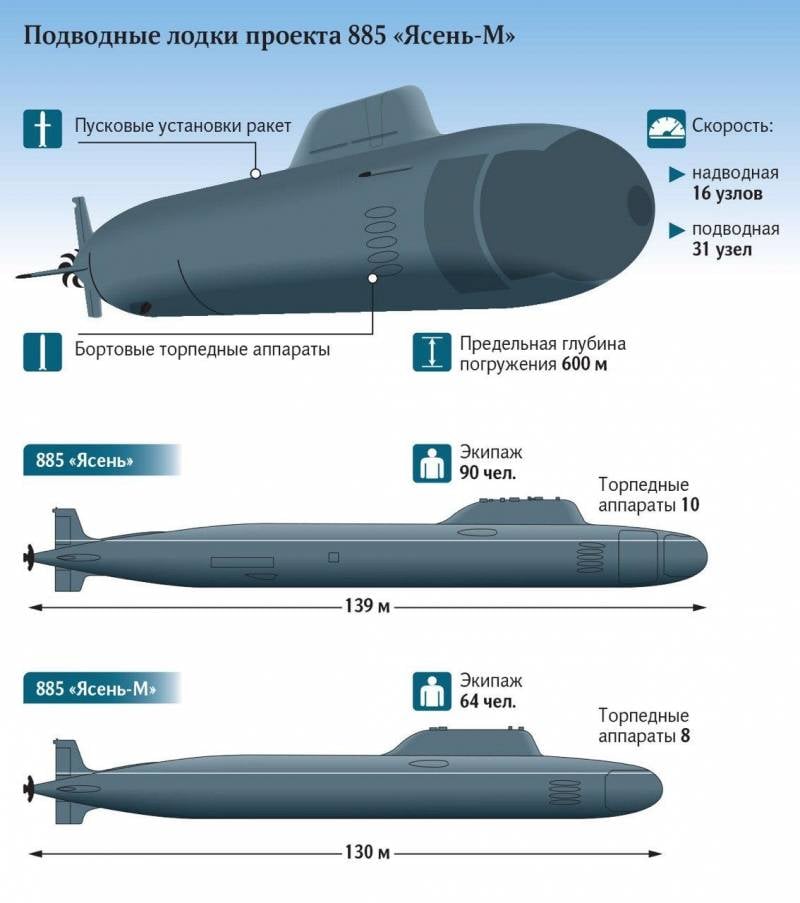 “Since then (since the bookmark of the Severodvinsk submarine. - Approx. Aut.), Much has changed. Improved sonar equipment and a new element base have appeared, says military observer Dmitry Boltenkov. “And it would be foolish not to use it during the construction of the nuclear submarine.” For example, a change in the shape of the nose of the ship may indicate that an antenna of a more advanced, but at the same time compact sonar complex was placed at its tip. ”

The main conceptual difference can be considered a decrease in the number of torpedo tubes. Now there are not ten, but eight. Torpedo tubes, as before, are in the middle of the submarine. They are installed between the internal “strong” and external “light” hull of the ship in the logging area. 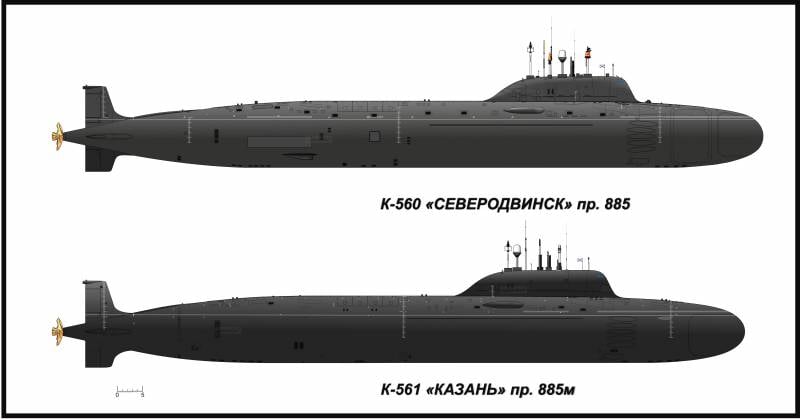 According to data from open sources, the ammunition of "Kazan" is 30 torpedoes. What kind of torpedoes these are is another question, the information here is more than contradictory. “Until now, physicist torpedoes have been equipped with project 955 ships of the Borey type and 885 of the Ash type. Ammunition on them is 40 and 30 units, respectively. Now all of them will be replaced by more advanced “Cases”, ”TASS wrote at the end of February 2020.

It is difficult to say how accurate this information is. In any case, it is known that the obsolete Soviet torpedo USET-80 is still in service with the Russian Navy. In the same February, the notorious bmpd block wrote that in the recently published photographs of the torpedo deck of the latest strategic submarine "Borey" you can see the full USET-80 ammunition. “Alas, this is the reality of the Russian Navy,” the author concludes.

Theoretically, they allow us to solve a wide range of problems, in particular, to effectively fight even the most modern surface ships of a potential enemy. On the other hand, it is fair to say that such weapons Now few people will be surprised, as well as their number.

It is appropriate to recall the American Virginia, which for some reason some media consider “worse” than the 885 project. At the same time, it is often overlooked that the promising Virginia Block V should receive an additional VPM (Virginia Payload Module) payload compartment. This is a compartment with 28 vertical launchers, which, together with the already existing twelve launchers, increase their number to 40. 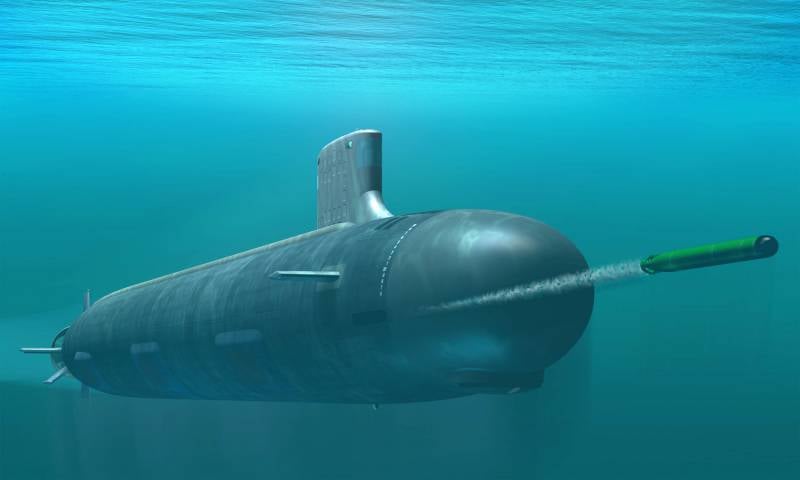 In this regard, Russian specialists have their own conditional answer. We are talking about equipping the Yasen submarine with the new Zircon hypersonic missile, which, according to media reports, will have a range of about 400-600 kilometers at a maximum speed of 4 to 8 Machs (according to some reports, they want to increase the flight speed in the future up to 12 thousand kilometers per hour).

It is worth recalling that in March TASS reported that they intend to use the K-560 Severodvinsk, and not Kazan, for the forthcoming tests of hypersonic Zircon, as previously assumed. Until recently, it was the first submarine of an improved project that they wanted to make a new “test site”, but this was prevented by protracted tests.

However, this does not mean at all that Project 885M boats will not be carriers of a hypersonic missile. In general, the Ministry of Defense wants as many new surface ships and submarines as possible to get new weapons. Earlier, the media had once announced plans to equip Zircon with a promising fifth-generation nuclear submarine of the fifth generation, project 545, known as the Husky and Laika. By the way, it can be considered as a good illustration of the evolution of Russian multi-purpose submarines. If you believe the model shown at the National Center for Defense Management of Russia in December last year, then project 545 will be less than both Severodvinsk and its development in the person of Kazan. 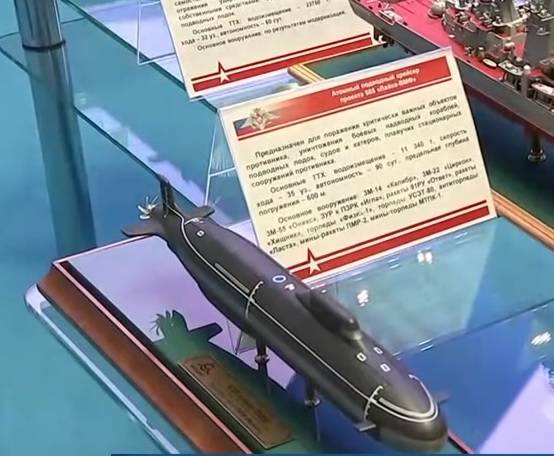 This will be a relatively small submarine, the trump card of which should be exceptional low noise. Obviously, if the project can be implemented, then these boats will operate for a very long time on a par with project 885 / 885M, until the latter goes into history.

Ctrl Enter
Noticed a mistake Highlight text and press. Ctrl + Enter
We are
Russian Navy. Sad look into the future. Part of 3. "Ash" and "Husky"Lady of the depths
143 comments
Information
Dear reader, to leave comments on the publication, you must to register.