New life of the "strategist": B-1 may become a flying arsenal of hypersonic weapons 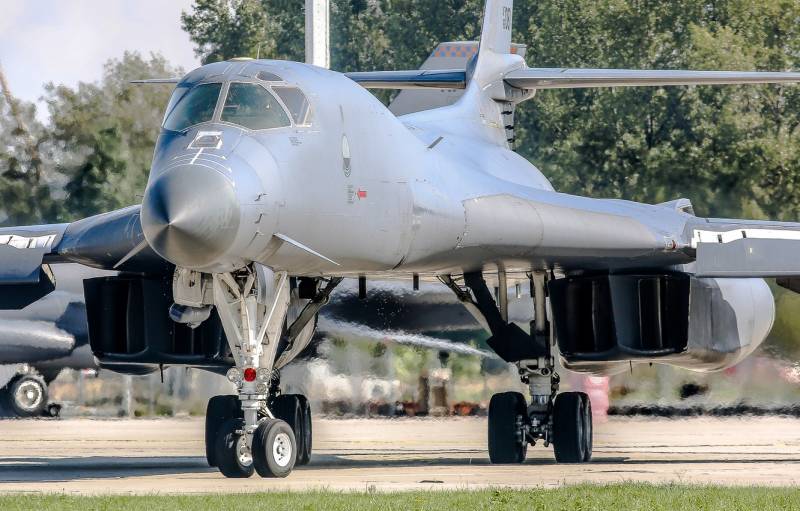 "Lancer" at all times

It’s hard to find something more paradoxical than strategic aviation US Air Force. Judge for yourself, the subsonic eight-engine B-52, which made its first flight back in 1952, wants to to exploit almost until the middle of the XXI century, while the much newer B-1, which was created to replace it, can be written off (at least, they wanted until recently). And even the inconspicuous B-2 in the foreseeable future can be decommissioned, giving its functions to the promising B-21 Raider. Which, however, only has to make the first flight and prove that he is capable of something.

No less surprising are the metamorphoses that occurred with these machines. In this sense, the B-1 Lancer is perhaps the most unusual aircraft. Recall first B-1A, capable of speeds up to 2300 kilometers per hour, transformed into a much more “modest” transonic B-1B. And then a low-altitude breakthrough and nuclear weapon the latter was replaced with precision bombs and tactical cruise missiles, turning the Lancer into a weapon against terrorists. 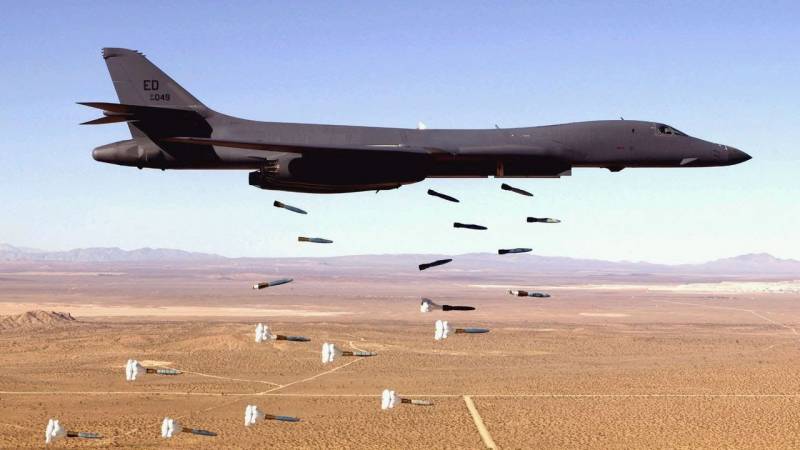 Last year, it became known that the U.S. Air Force was analyzing the possibility of abandoning the B-1B series in order to redirect the freed funds to implement the Long-Range Strike Bomber program, that is, to the B-21 Raider. And in February, the American edition of “Air Forces Times” in the article “Air Force general: Two-bomber fleet is the future” reported with reference to a speech by Lieutenant General David Naom that the Air Force plans to have a mixed fleet of B-21 and B-52 bombers .

It seemed that the aircraft was about to finally go into oblivion. But it was not there. As it turned out, now the car is again considered as one of the most important elements ensuring the high potential of the US Air Force. The situation was influenced by the plans of the Pentagon to get airborne hypersonic weapons.

In short, the situation looks like this. Until recently, the US Air Force conducted two programs to create hypersonic missiles. We are talking about the complex Air Launched Rapid Response Weapon (ARRW), better known as AGM-183A, as well as the Hypersonic Conventional Strike Weapon, which is a conceptual development of the widely known X-51. In February of this year, it became known about the rejection of the second for financial reasons. Only ARRW left. 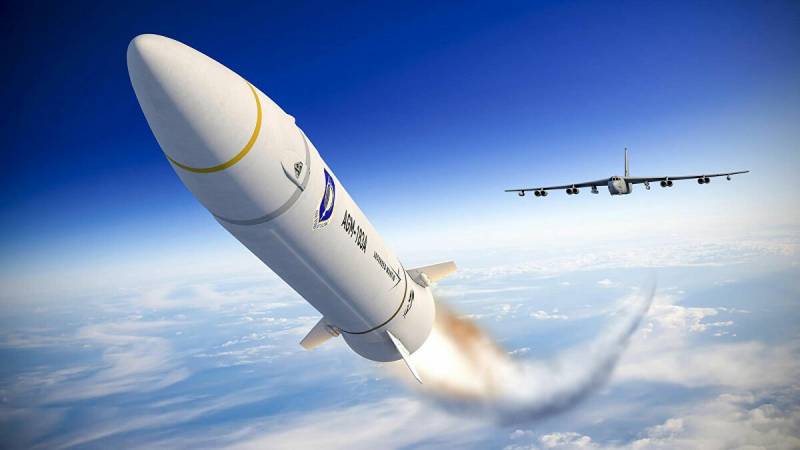 According to AFGSC Eyes Hypersonic Weapons for B-1, Conventional LRSO, in April, Air Force Magazine said the US Air Force Strategic Command plans to modernize the B-1B Lancer strategic bombers to equip them with the promising AGM-183A hypersonic missile. In addition, they want to teach the aircraft how to use the non-nuclear version of the new strategic long-range stand-off (LRSO) cruise missile: in case the AGM-158B JASSM-ER cruise missile range is not enough. Recall that she (range) is limited to a mark of about 1000 kilometers. For comparison, a tactical Russian cruise missile X-101 air-based range can exceed 5000 kilometers: at least, according to the media.

The situation looks something like this: first, the Americans will write off seventeen B-1Bs, and then the remaining 44 cars will be upgraded to a new standard. As part of the modernization, the aircraft will receive eight external suspension units, on which it will be possible to place the AGM-183A.

“My goal would be to get at least one squadron of B-1B aircraft equipped with external suspension components to carry the ARRW hypersonic cruise missile.”
- leads “Air Force Magazine” the words of the head of the US Air Force Strategic Command General Timothy Ray. 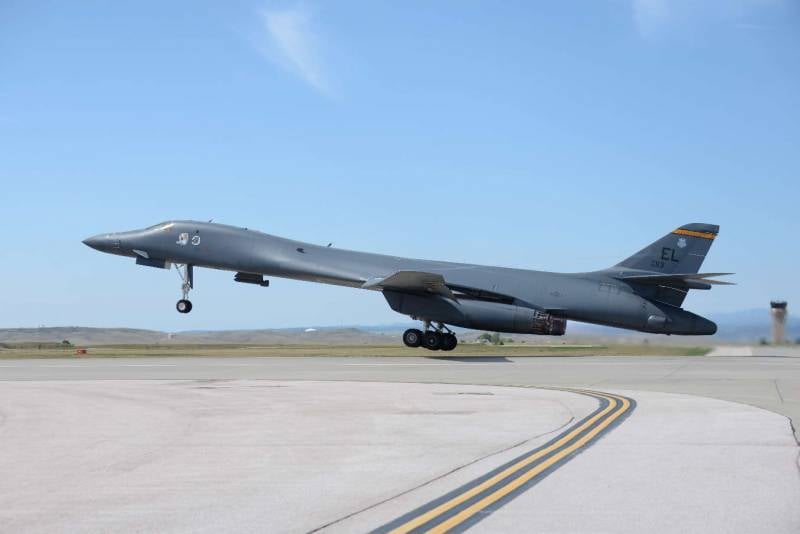 Here, however, an important clarification needs to be made. For Air Launched Rapid Response Weapon or AGM-183A they want to use both external holders and internal turret mounts. Thus, the total number of hypersonic missiles should be 31 units! The B-1B has never had such tactical capabilities.

What is an AGM-183A? We have repeatedly considered this issue in previous materials. In short, the complex consists of an aeroballistic missile and a hypersonic block, the carrier of which it is. According to unofficial data, the block speed can reach 20 Machs.

The US is actively testing promising weapons, as confirmed by photographs taken last year. On them you can see the ARRW missile model suspended under the strategic bomber B-52N-150-BW S / N 60-0036, which took part in many other tests. ARRW is being developed under a $ 480 million contract that Lockheed Martin received in 2018. Work must be completed by December 2021. The US military expects to receive existing samples of new hypersonic weapons in the first half of the 2020s, which, without a doubt, will significantly strengthen the potential of the US Air Force. 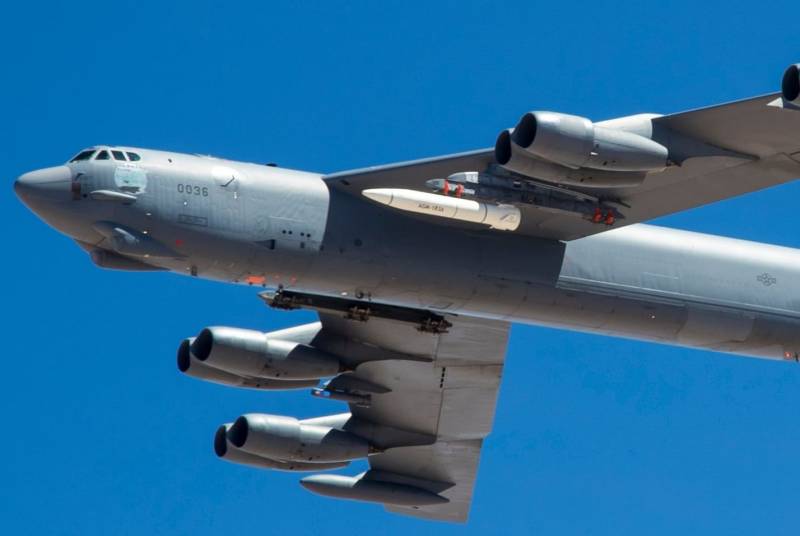 And not only them. The US Ground Forces and the US Navy intend to receive their hypersonic weapons. And all this, too, should happen in the foreseeable future. Recall that for the Army they create the Long Range Hypersonic Weapon: a universal ground-based solid-propellant medium-range ballistic missile having a guided planning hypersonic warhead Common-Hypersonic Glide Body (C-HGB). Concerning fleet, then the concept is similar: a rocket acting as a carrier + a hypersonic block. They want to equip the fourth-generation multipurpose Virginia-type submarines with new weapons. At least part of them.

In general, the Pentagon’s Napoleonic plans, combined with very tight deadlines, raise a variety of questions. Are US plans real? Are they not well-camouflaged misinformation designed to draw opponents into a devastating arms race for them?

After all, if you think about it, the United States can solve all the tactical tasks before them with the available means: that is, high-precision bombs and subsonic cruise missiles. Do Americans need a complex and expensive complex like ARRW? 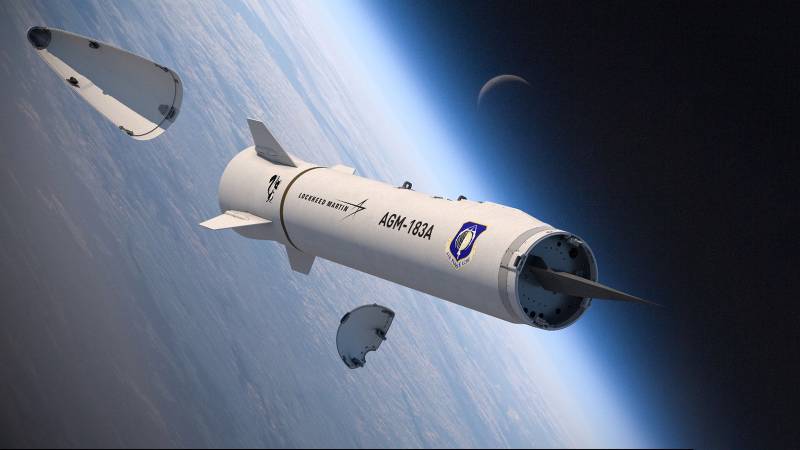 If we discard the conspiracy theology, then the only reasonable answer is to ensure the complete not only tactical, but also strategic domination of the United States throughout the world. In this regard, not only the new B-21s, but also the old B-1B Lancer, each of which, as we already know, can carry three dozen hypersonic missiles, can really be useful to the Americans.