The situation in Syria: Turkish armored vehicles are being transferred to Idlib, ISIS is attacking again 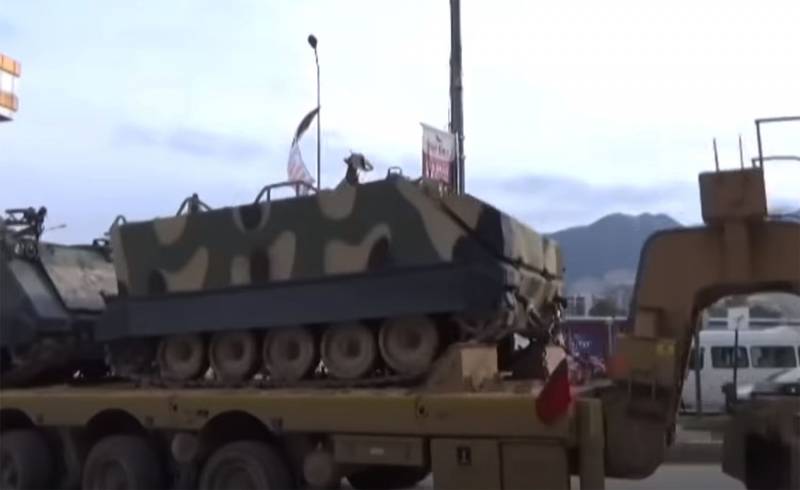 The ceasefire in Syria, which was not very carefully observed, which was based not so much on the Russian-Turkish agreements as the spread of coronavirus, which significantly reduced the activity of Ankara’s military contingents deployed in this country, is increasingly beginning to resemble the final phase of preparations for a new, an even more brutal round of confrontation. This is all the more obvious because in Syria the old and seemingly defeated enemy again declared himself.


We are talking about the recent attack by the militants of the Islamic State (banned in the Russian Federation) on the city of Es Sukhne in the province of Homs. The information that appeared about the seizure of this settlement turned out to be ultimately either an attempt to pass off wishful thinking, or simply by deliberate lie with American roots. Nevertheless, ISIS’s attempt to reassert itself is not worth discounting, especially in view of the fact that its fragments began to show activity in different frequent countries - for example, in the province of Deir ez-Zor, an explosion recently occurred at the entrance to the city of Al Qasra. The igilovites are justifiably suspected of committing a terrorist attack.

On the other hand, there are enough problems now without them. Established in the province of Idlib, albeit fragile, but peace, each side uses its own way. The Syrian army, for example, is engaged in mine clearance: the other day, its command reported that 1,7 hectares were cleared of explosive objects. The militants enthusiastically continue to both provoke the forces of the SAA and destroy each other. According to reports, in the region of Ras al Ain, a conflict between members of various pro-Turkish gangs that arose during looting and dividing the occupied houses of local residents turned into street battles that reached such intensity that the “allies” were forced to separate and calm down those who arrived urgently Turkish military.

However, the Turks are engaged in more serious affairs. There is information about the arrival in recent days to the territory of Idlib province of their new military convoys, which included armored vehicles, including Tanks. It also became known that the Turkish army was equipping new roadblocks in the province, in particular, in the area of ​​the M-4 highway near the village of Jannat Al-Kura. Apparently, Ankara will not abandon plans to further continue its expansion in this direction.

It should be noted that our army also does not sit idly by, responding adequately to the aggravating situation. After a recent IS outing and due to the clearly unhealthy activity of the Turkish military, the forces of the Russian military police in the north of Al-Hasaka province create 4 new strong points - in Al-Abush, Umm-Kaif, Abu Rasin and Zrkan.

Photos of the large landing ship "Saratov" of the Black Sea have been published on the Internet fleet Russia passing the Bosphorus. The appearance of this ship gave the Lebanese edition of Al-Masdar News an opportunity to put forward a version that it was deploying “150 tanks and armored personnel carriers intended for the Syrian army,” which, most likely, will be used for a new offensive in Idlib. I would like to correct my esteemed Lebanese colleagues: the Tapir class BDKs, to which the Saratov refers, do not have the carrying capacity sufficient to transport such an amount of armored vehicles. And it’s not at all clear on what basis the publication makes an assumption about tanks and armored personnel carriers on board the ship.