The RF’s response to equipping the Lancers with AGM-183A missiles was not long in coming. Pennant and Dry in the game 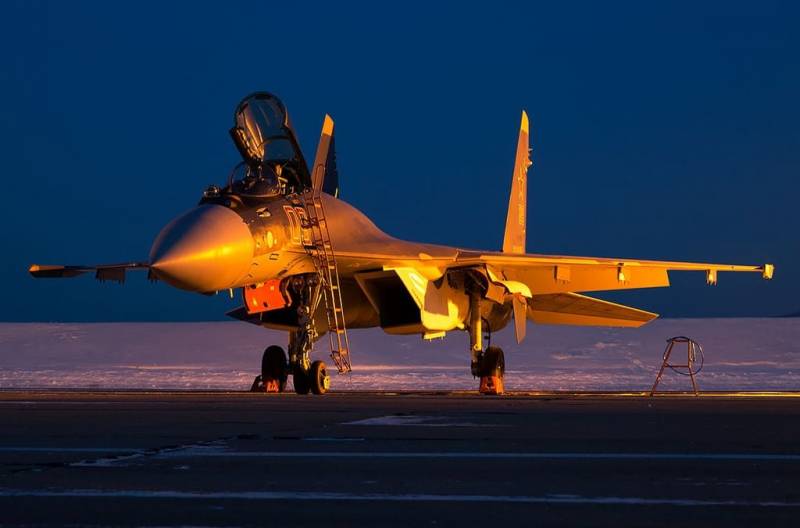 Undoubtedly, the week earlier announced by a competent source in the military-industrial complex of Russia, the beginning of software and hardware adaptation of the weapon control systems of the Su-35S multi-functional fighters to the use of ultra-long-range guided missiles R-37M (RVV-BD) can cause an extremely contradictory spectrum of opinions, as in expert communities, and in the observer circles of the Runet, knowledgeable about the flight-technical parameters of the “610M Product”, developed by the specialists of the State Penitentiary and Special Bank “Vympel” on the basis of the notorious R-33 URVB .

On the one hand, it entered the testing phase for compatibility of the inertial navigation system and the GSB 9B-1103M-350 “Shayba” active radar with the on-board weapon control system of the carrier aircraft (in our case, the Su-35S, an air-to-air missile) RVV-BD (“Product 610M”) will finally allow the flight personnel of the multipurpose component of the Russian Aerospace Forces to establish the long-awaited tactical parity aviation The US Air Force and Navy, as well as the British, French, and Swedish Air Forces, which have the AIM-120D AMRAAM and MBA Meteor Air Defense Forces with an effective range of intercepted targets of about 150–170 km.

The more powerful and “long-playing” dual-mode solid propellant solid propellant rocket engine (in comparison with the R-33 URVB engine) provides the “610M” range of about 250–280 km, giving the Su-35S and Su-30SM1 pilots the opportunity to start a long-range air flight in 3 duel situations –7 minutes before the release of F-15C, F-35A / B / C, F-22A, Rafale, etc. to the frontiers of launching AIM-120D and Meteor missiles. And this is not to mention the opening of new horizons for the pilots of “dryers” in the simulation of the so-called covert modes of conducting long-range air combat (in the case of enemy airborne objects falling into the “shadow” of natural elements of an elevated terrain - beyond the “screen” of the radio horizon for airborne radars “ Irbis-E ").

This ability was achieved by equipping RVV-BD-type missiles with sufficiently powerful active radar GSN 9B-1103M-350 "Puck" from the Research Institute "Agat" based on waveguide-slot antenna arrays with highly sensitive low-noise amplifiers in the input paths operating in the X-band of centimeter waves and detecting targets with an effective reflective surface of 0,1 and 1 square. m at a distance of 15 and 26 km, respectively. These homing heads (unlike the early semi-active RGS-33) do not need continuous illumination from the side of the fighter on-board radar and can receive target designation from third-party radar, radio engineering and optoelectronic reconnaissance (from RTR / RER Il-20M aircraft to DRLOiU aircraft A-50U / A-100 and on-board PFAR radars of friendly tactical fighters). As a result, the pilots of Sushki will be able to launch R-37M from extremely low altitudes without opening their own location.

On the other hand, the impressive mass of RVV-BD missiles (of the order of 510 kg), which contributes to a significant jump in the specific load on the plane of the aerodynamic rudders and power elements of the body (typical of the entire R-33 URVB family), does not allow these products to reach the maximum available load of 25 -30G during the interception of enemy air attack means, keeping this parameter at the level of 18–20G at a distance of 100–180 km from the launch point (immediately after the completion of the 2nd mode of operation of the solid propellant rocket engine). It is logical to assume that at these distances the R-37M will be able to intercept targets maneuvering with overloads of up to 8G, the list of which includes tactical fighters whose suspension units are "hung" with massive air-to-surface missile-bomb equipment.

As for the terminal portion of the trajectory, which lies 250 km or more from the point of departure from the carrier suspensions and is characterized by aerodynamic drag to a speed of 1500-2000 km / h, here RVV-DB missiles will be able to perform maneuvers with overloads of no more than 12G, by the defeat of air objects maneuvering with 5-6G overloads, a list of which can be represented by strategic bombers B-52G, tactical fighters F-16C Block 60+ and F-15E with air-to-surface suspension configuration ", As well as airborne reconnaissance aircraft and radar patrols and enemy guidance. More highly maneuverable targets at this distance will be practically unattainable for the RVV-DB.

Meanwhile, despite the very narrow range of tasks involved in intercepting enemy maneuvering targets, the ultra-long-range R-37M URVB can boast outstanding potential in countering one of the most formidable components of the US military’s nuclear triad - an aircraft fleet of 63 strategic missile carriers B-1B of the 8th Air Force The US Air Force’s global strike command, 44 of which are hastily equipped with additional 6-8 external “reinforced” ventral suspension nodes to accommodate promising hypersonic aeroballis ble missiles AGM-183A ARRW ( «Air-launched Rapid Response Weapon»).

As is known, on ascending branches of trajectories characterized by a process of acceleration to ≥10-15M and exit to marching sections of quasi-ballistic trajectories with parameters preloaded into inertial navigation systems, these aeroballistic missiles will not be able to carry out intensive anti-aircraft maneuvers with high available overloads due to subsequent a sharp decrease in speed, kinetic energy and effective range. Consequently, in these areas of the trajectories, AGM-183A ARRW aeroballistic missiles will be extremely vulnerable to long-range RVV-DBs, capable of intercepting low-maneuverable 4-6-fly airborne attack weapons at altitudes up to 35 km.

As for the implementation of the interception of the AGM-183A missiles rassirovannyh by the U.S. Air Force General at the terminal sections of the trajectories, where the latter will be able to implement intensive anti-aircraft maneuvering regimes, it will require the integration of more highly maneuverable missiles of the Su-30CM / 1 and Su-35C fighters air-to-air ”from JSC“ GosMKB “Vympel” with factory indices “Product-180” and “Product-180PD”.

The first flight specimens are at the final stages of field tests, preparing pre-production products for operational combat readiness in the ammunition kits of 5th generation Su-57 fighters. The URVB data are equipped with standard dual-mode solid propellant rocket engines; therefore, they can boast of flight technical parameters similar to those of the US AIM-120D, providing interception of maneuvering HEVs only at distances of 70-100 km, where the high supersonic flight speed, supported by the 2nd mode of operation of the solid rocket engine, retains high efficiency aerodynamic rudders.

At long distances, the efficiency of the Product-180 aerodynamic rudders will decrease in direct proportion to the decrease in flight speed, which cannot be said about the Product-180PD equipped with the KRPD-TT “371” integrated rocket-ram engine with a giant specific impulse of 500-700 thrust with and the ability to control the intensity of the supply of powdered solid fuel charge into the combustion chamber, which ultimately allows you to save a significant part of the solid fuel charge up to the terminal portion of the trajectory, providing this high-speed and maneuverable qualities of an air combat missile while intercepting a complex object at a distance of 170-200 km. Unfortunately, despite the successful completion of R&D in 2012, the “direct-flow” RVV-AE-PD “Product-180PD” URVB project was “frozen” and put on hold for an indefinite period of time.

Ctrl Enter
Noticed a mistake Highlight text and press. Ctrl + Enter
We are
Are the Su-35S combatant ready for the confrontation with the F-22A? All hope for Vympel ICDDawn Clouds will nullify the potential of the P-77 missiles. Argument in favor of the infrared version of "Viper"
38 comments
Information
Dear reader, to leave comments on the publication, you must to register.