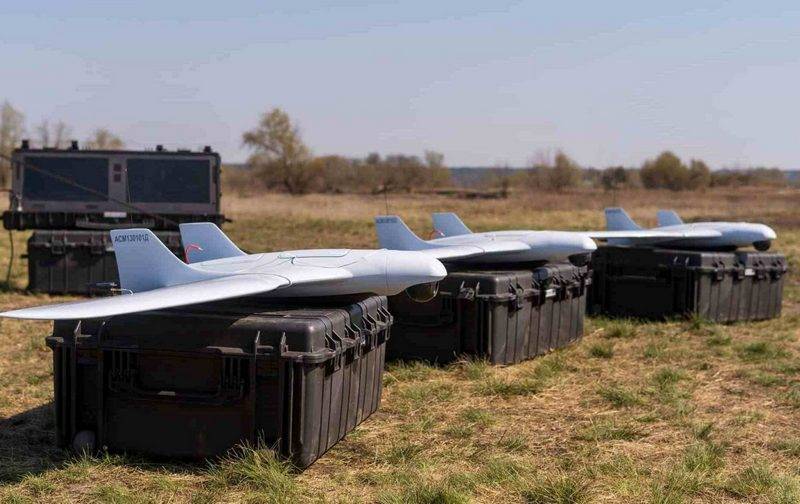 Armed forces of Ukraine officially adopted unmanned aviation complex reconnaissance and adjustment of artillery fire A1 – SM "Fury". This was reported by the press service of NPP Atlon Avia, which is the developer of the drone.

By the order of the Ministry of Defense of Ukraine No. 115 dated 09.04.2020/1/XNUMX, following the results of successful state tests, the unmanned aerial reconnaissance and artillery fire adjustment system AXNUMX – SM Furia was officially adopted by the Armed Forces of Ukraine
- says the company’s website.

It is reported that the A1-SM Fury is the first Ukrainian unmanned aerial system developed by a private company, which was adopted by the Ukrainian army.

Recall that the Ukrainian media reported on the development of the Fury complex back in 2014, and subsequently five sets of the basic A1-C version were purchased for use in the Donbass. As reported, in 2016 the cost of one complex was 2,5 million hryvnias. An upgraded version of the A1-SM was also introduced in 2016. The complex includes a ground control station and three drones.

The operational radius is up to 50 km, the time spent in the air is up to 3 hours, the cruising speed is 65 km / h, the maximum is 130 km / h, and the flight range is up to 200 km. Flight mode - manual, semi-automatic, autonomous, launch from a catapult, landing by plane or by parachute. Application is allowed at a wind speed not exceeding 15 m / s. The practical ceiling is 2500 meters.