The world after the pandemic. If you want to make God laugh ... 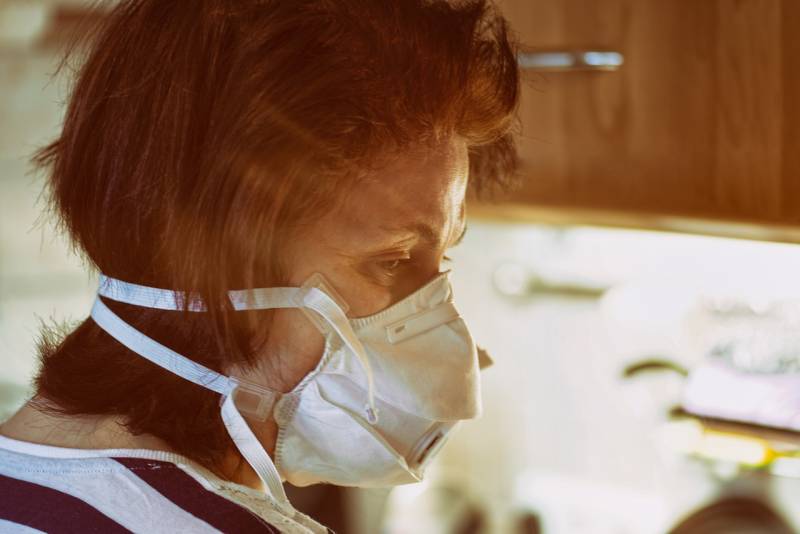 For quite some time I did not respond to the numerous requests of VO readers to tell about my vision of the development of the coronavirus pandemic, about what will happen after. The topic is really relevant, most people are interested. This interest is partly fueled by the media. But be that as it may, the question is really important for most people.

There is nothing dumber than making far-reaching forecasts. Especially in what experts of the highest level cannot understand. "Want to make God laugh, tell him about your plans." This expression was invented for a long time and accurately reflects the probability of any forecasts. But short-term forecasts exist. And the probability of the correctness of such forecasts is quite high.

I will answer immediately the main question. Humanity will defeat this insidious coronavirus. And win quickly enough. It will happen this year. Those destined to die will die. The rest will quickly forget about the virus, as we forgot about many other diseases that annually take tens, or even hundreds of thousands of human lives.

The quarantine, which now scares us so much, which is already really causing mental illness, unmotivated aggression, a feeling of loneliness and other negative phenomena, will be removed in a month and a half. Not because these measures will bring real benefits, they will help to completely eliminate the threat.

It’s just that experts have already calculated how long it will take humanity to completely cure the disease through quarantine. The number is staggering: 200 weeks! Almost 4 years! No, even the richest, country is economically incapable of quarantining for such a period. The economy will simply disappear. And the country's population will die out for completely different reasons.

However, the victory over COVID-19 for us will be just a victory in one battle. The war on viruses will continue. The numbers 20, 21, 22 and so on will appear. This is the response of nature to our actions. I have already mentioned above that today we imagine ourselves to be gods. We are invading areas that we don’t really understand.

Thirty years ago, I went out with twin daughters into the street, and this was an event for many. Indeed, it was very rare to see twins then. Today, walking in any park in a big city, you will surely meet mothers who carry or walk with twins. ECO. Give the happiness of motherhood to a woman. Noble? Noble! What do we know about IVF? What about the consequences of this procedure?

We fight to increase life expectancy. We envy countries whose average life expectancy has exceeded 80 years. And by what methods do we achieve this? Look today at a person after 50 and 60. Have you seen a lot of healthy people at this age? The vast majority are regular visitors to nearby pharmacies. People who alone can no longer fight diseases.

Life expectancy has become a priority for most. At the same time, we are bashfully silent about a completely different task that was once posed to medicine. It was not about life expectancy per se, but about quality of life. That the person continued not just to live, but to live a full life. In every sense of the word.

The situation is exactly the same with obstetric care. Today, medicine has learned to care for babies, whose life 30-40 years ago no one would have started to fight. A few years ago I visited a Moscow hospital, where they are just involved in such children. After I saw the smiling face of a man who was placed on the forearm of a nurse, I was ready to carry all the doctors in my arms for such work.

But let’s put aside emotions. What do we get in perspective? A little man will become a man, a parent, and all his sores that appeared at birth will be inherited. Then they will go further. The mechanism of natural selection is broken. We are sending a future time bomb. And one that no one will know about. A sort of selfishness of the ancestors. Let the descendants solve this problem.

We are only part of nature. Not the crown of creation, not the peak of evolution, and not even the ideal of the living. Just one of the links in life. No more. Everything in this world is interconnected. As in any mechanism, a change in any part entails either a breakdown of the entire system or a breakdown of the part itself. Nature has chosen the second path. The part, that is, the person, will be put in order using natural methods.

Nature has always used similar mechanisms to thin out the human population. The mechanism is cruel, immoral, killing. And our task is to make sure that the result of his action is neutralized as much as possible by the power of our mind.

If we let things go on their own, leave the virus alone with the person, the loss of humanity in this war will be in the millions, and possibly billions of lives. Humanity is against natural selection. More precisely, this: humanity against death ...

We are in Yandex Zen
About Stalin and Khrushchev
What you didn't want to know about England
158 comments
Information
Dear reader, to leave comments on the publication, you must to register.