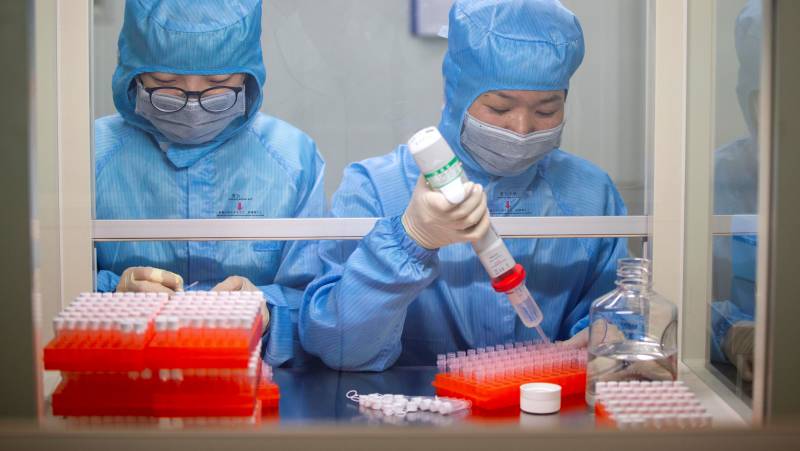 Despite the fact that official Beijing and numerous representatives of Chinese science have repeatedly denied the involvement of their country in the emergence and entry into the world of COVID-19, conspiracy theories regarding the “guilt” that the state, which was first hit by a coronavirus pandemic, can bear -so continue to speak out and discuss.


A rather interesting review of various opinions on this subject was published on the Indian Internet resource World-wire. From it it becomes clear that, in addition to a large number of supporters of the theory of the “Chinese virus,” he also has many opponents. So, the most serious attention in the review is paid to the Wuhan Institute of Virology, which is called not just “mysterious”, but even suggests that this is “COVID-19 house”. At the same time, it is mentioned that this scientific institution was created after the outbreak of SARS in 2002-2003 just to study diseases similar to what caused the current pandemic.

The Institute, an advanced laboratory in China, has a biological safety level of P4, which makes the leakage of any hazardous materials from its walls almost impossible. As the author of the review points out, "photographs from this laboratory show that the researchers working there use the most serious protective equipment." Nevertheless, the opinion of the American expert Richard Ebright, who continues to argue that "the virus, apparently, was not produced in a laboratory in China, but may have been isolated during research," is immediately quoted. At the same time, Ebright states that "instead of ensuring 4th level security in a Chinese laboratory, the study is conducted with only a 2nd level," and this makes the risk of spreading the infection from the institute to other citizens real.

Dr. Koish, professor of medicine and international health at Boston University, strongly disagrees with his compatriot. He categorically rejects the possibility of the virus leaving the laboratory, albeit giving a rather peculiar argument. In addition to the fact that Wuhan’s laboratory, “according to Koish, is“ designed to the highest standards and has the best security system, ”it also“ works with the highest level of training. ”

The professor believes this is proved by the fact that the entire scientific and research staff working at the Wuhan Institute of Viruses was trained in similar laboratories in the United States.

Thus, we can say that the Wuhan team is as qualified as, say, virologists conducting research in Texas. So the virus could not leak from there!
- the professor makes a final conclusion.

Despite this opinion, as well as a similar position expressed already by a number of international experts, the review mentions that, according to the British newspaper The Mail Online, “the UK government does not completely reject the suspicion that the virus leaked from the Wuhan Institute viruses. " Consequently, the question of “China’s responsibility for the pandemic” can also hardly be considered closed.

I venture to add on my own that, unfortunately, in such topics, the main voice often belongs not to authoritative scientists, but to politicians who take one or another position. They do not build on obvious facts, but act in favor of the conjuncture and their own interests, which they often pass off as state interests. So the continuation of speculation on the theme of the "mysterious laboratory of Wuhan" is likely to follow.

Ctrl Enter
Noticed a mistake Highlight text and press. Ctrl + Enter
We are
Coronavirus COVID-19: threats, consequences, actionsSituational analysis of the death of the MH17 flight (Malaysian Boeing 777), made on the basis of engineering analysis from 15.08.2014
69 comments
Information
Dear reader, to leave comments on the publication, you must to register.