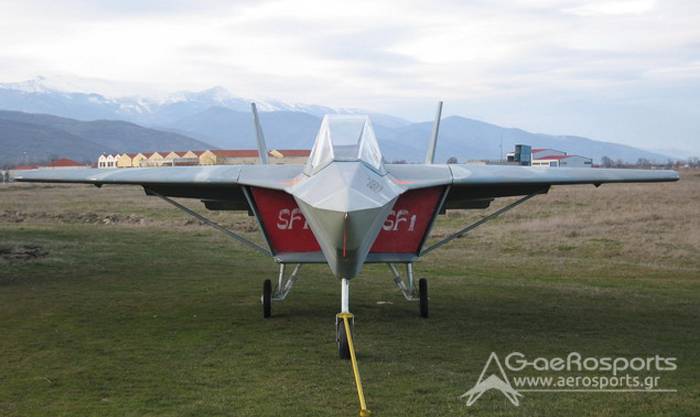 Archon SF1 parked - quite similar to the fifth generation fighter

In the field of ultralight amateur aviation kits for self-assembly of aircraft are in certain demand. There are a variety of kits on the market, but the Greek company G-Aerosports seems to have gone the farthest. She offers her customers to build their own fighter - SF1 Archon. However, it will not be possible to fight on such a machine.

G-Aerosports, like many other similar companies, was founded by fans of ultralight aviation. George Iliopoulos and his colleagues wanted to realize their ideas and help other amateur pilots. Now their company produces kits for self-assembly of two types of aircraft. If the G802 Atairon is not much different from other products on the market, then the SF1 immediately attracts attention.

Component Production
The SF1 Archon project ("Archon") was first introduced in the early tenths. The aim of this project was to create an ultralight machine with the appearance and aerobatic characteristics of a modern fighter - as much as possible due to objective limitations. The "exterminating" and sporting nature of the project is reflected in the name - Sports Fighter-1.

As reported, by the beginning of the last decade, the Archon project managed to go through five stages with different goals and tools. The first provided for the development of the project and development of the structure using a radio-controlled flying model. Then they built a model and a full-fledged flight prototype. He was taken into the air in the fall of 2010. 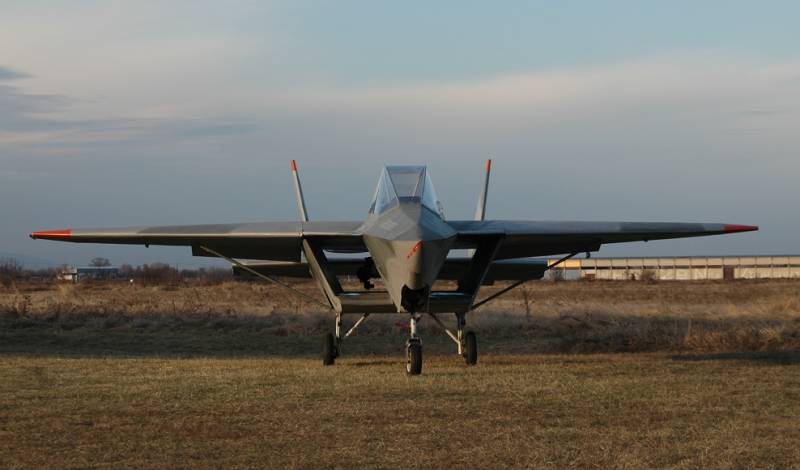 Soon after, the car was brought to the market and orders began to wait. The plane attracted the attention of aviation enthusiasts and gained some popularity. However, he was not able to compete on equal terms with other more well-known designs.

In its design and in flight performance, the SF1 is as similar as possible to other ultralight aircraft. In addition, it does not impose special requirements on the assembly processes - a kit can be turned into an airplane literally in a garage or amateur workshop. Several configuration options are offered, which allows a certain "freedom of creativity."

SF1 is an all-metal monoplane with a low-power piston engine. Single cab has a minimum set of equipment. Arms, despite the name, are absent and not even intended. With all this, flight performance allows you to perform simple and complex aerobatics, almost like real fighters. 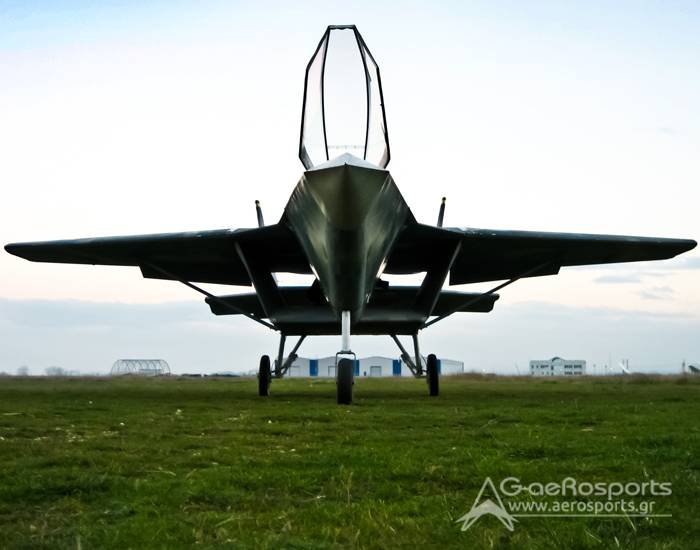 The glider consists mainly of aluminum parts; the power set is covered with metal plating. Parts and elements are connected mainly with rivets. Some units, such as engine mounts, wing fuel tanks, etc. are delivered ready-made. Other parts already have the necessary holes, partially assembled, etc. The complete assembly process, it is claimed, takes about 650 man hours.

The aircraft is built according to the plan of a high wing with swept wings. The tail section has an original design as a two-beam scheme. The arrow-shaped stabilizer is complemented by a pair of keels installed with a small camber out.

Of particular interest is the design of the fuselage. Its bow is made in the form of an angular unit with a fairing, like modern fifth-generation fighters. Behind the fairing is a cab. On the sides of it are the influx of the root of the wing. Directly behind the cockpit there is an engine mount under the group with a pushing screw, which is why the fuselage is shortened. 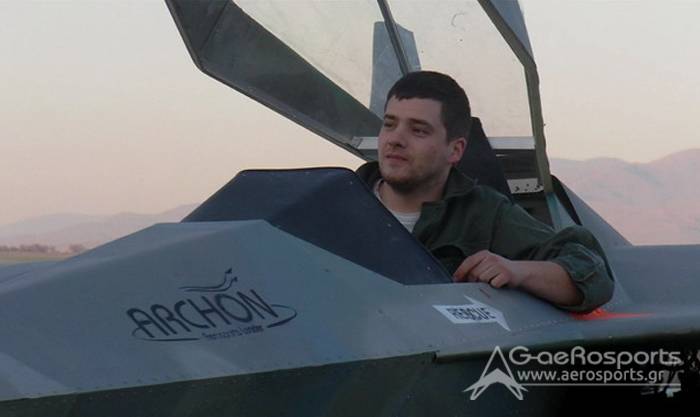 The cabin is not large
Under the wing there are box-shaped “air intakes”, due to which the appearance of a modern fighter is simulated. Their lower surface has an aerodynamic profile and complements the wing, the side walls are installed with an inclination. The sides of this design are long and perform the functions of tail beams. Between them a flat surface is provided, continuing the lines of the wing and the fuselage. The tail unit with rudders is placed on the rear of the beams.

The swept wing with a straight trailing edge is made oblique. Due to the low flight speeds, a profile with a large relative thickness is used. On the wing there is the necessary mechanization in the form of flaps and ailerons. For storage and transportation, the wing can be dismantled, it takes about half an hour. 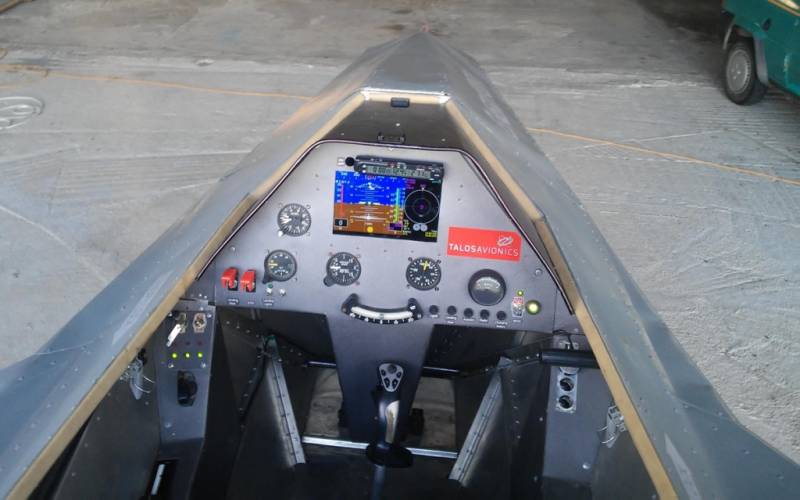 Necessary minimum devices
The "sports fighter" can be equipped with piston engines of various types with a power of 50 to 135 hp. The scope of delivery includes Rotax 582 or Rotax 912UL products with 64 and 80 hp. respectively. If desired, another engine can be used. The power plant is placed behind the cab. A propeller of one type or another with a diameter of up to 1,55 m is located behind the fuselage, between the tail beams. Next to the engine in the fuselage are radiators. Two 38 liter fuel tanks are each mounted in the wing.

The aircraft is equipped with a three-point landing gear with a nose support. The front desk is placed directly in front of the cab, the main - on the sides of the "air intakes". The fixed installation of the chassis is possible, there are also mechanisms for cleaning it. 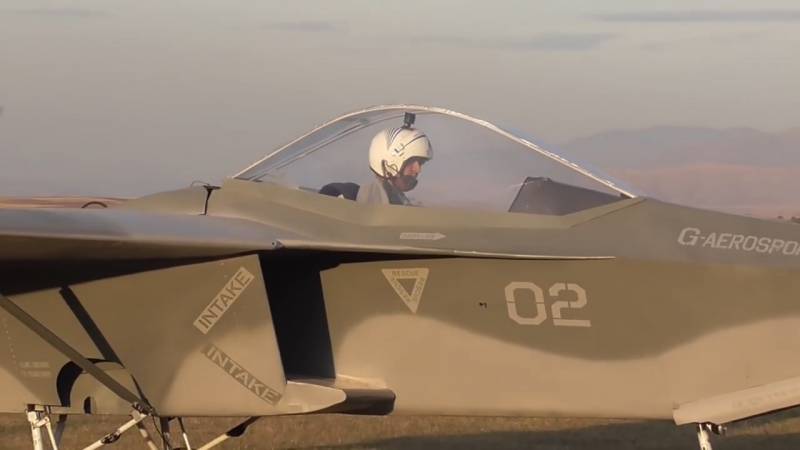 Plus cabs - good view
The single cabin is equipped with a large flashlight giving a good overview. Inside are all the traditional controls. The dashboard is equipped with the minimum necessary set of devices. Provides for the installation of electronics with a liquid crystal display and several dial indicators. On-board equipment provides aerobatics, navigation and communications. Tactical capabilities, like those of real fighters, are naturally absent. 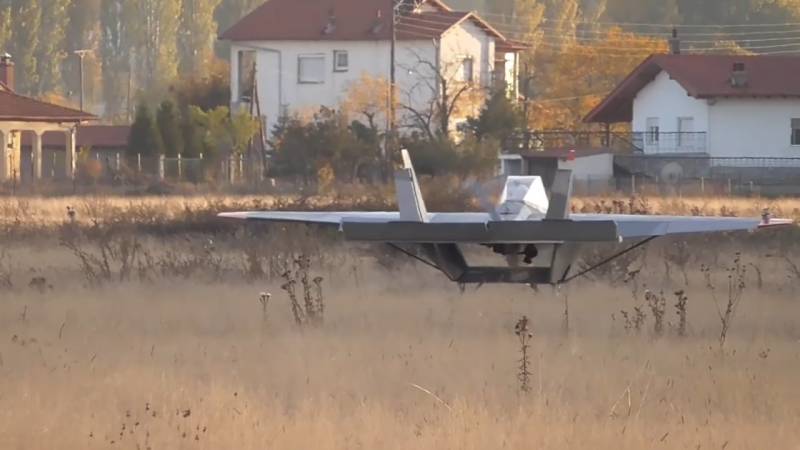 Taxiing before takeoff. Tail design clearly visible
"Archon" can be used for aerobatics. The optimal speed for this is 150 km / h. Overloads from +6 to -3 are allowed, which allows performing simple and complex aerobatics.

G-Aerosports offers four kit options with varying components. The first option includes all the details of the airframe and part of the systems. A rotor-motor group with a motor mount, devices, wiring and chassis cleaning mechanism are absent. Set No. 2 is the first set, complemented by a complete list of instrumentation, but does not include an engine.
The third configuration allows you to build a full-fledged aircraft with a Rotax 582 engine out of the box. The fourth set includes the Rotax 912UL engine.

Thus, the buyer can purchase the most interesting kit for him and build the plane in its original form, or make the desired changes. In addition, the manufacturer can independently modify the kit according to customer requirements. 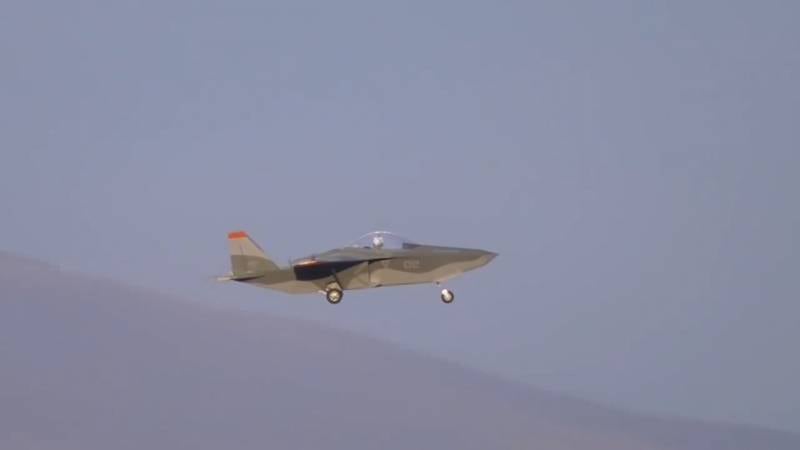 At the moment, G-Aerosports has limited manufacturing capabilities, which affects the pace of production of equipment. Depending on the type of kit, changes made, shipping features, etc. An order can be executed from 30 days or more.

The cost of the kit directly depends on its composition. A full-fledged flying aircraft in the simplest configuration can be purchased for 14-15 thousand euros. A glider without avionics and an engine is noticeably cheaper. Improvements in design, in turn, increase both the timing of production and the price.

In recent years, the SF1 aircraft is present in the permanent product catalog, and the manufacturer is ready to begin manufacturing the kit immediately after receiving the order. However, as far as is known, the “sports fighter” is not particularly popular. 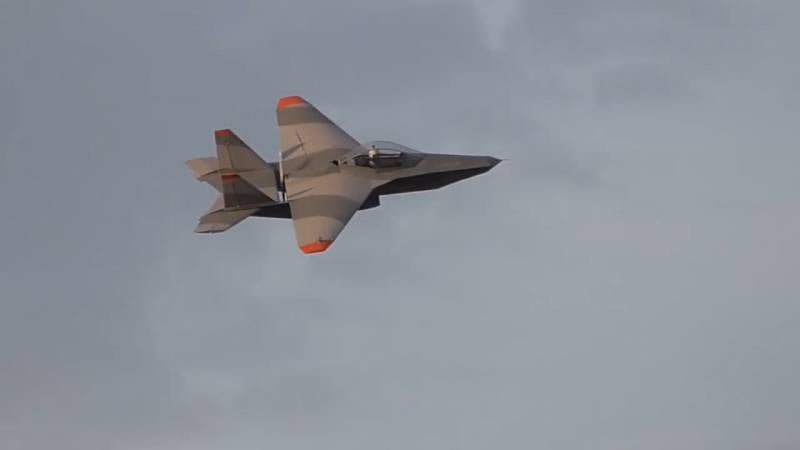 According to various sources, in recent years it has been possible to sell no more than a few dozen sets of different composition. Amateur pilots appreciated an interesting ultralight aircraft, but this did not lead to a shaft of orders. It can be assumed that the current situation will not change, and SF1 will remain a low-volume model with no prospects for more mass production.

Over the past few years, the ultra-light Archon SF1 has regularly taken part in various events and has always attracted the attention of the public. However, an increase in the number of orders and an increase in production volumes are still not observed. The niche of ultralight amateur "fighters" was too small even for one model.