Hybrid war against Russia: in the United States allocated its main directions 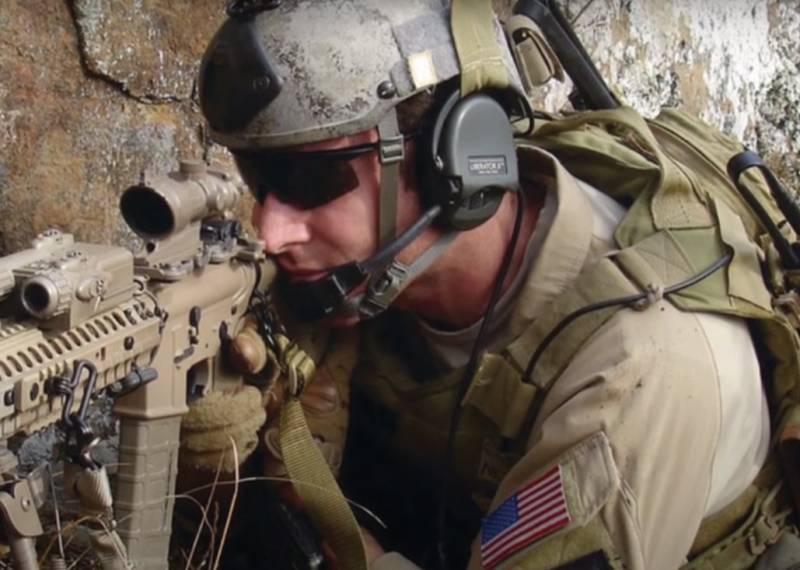 Fear of the final loss of dominant positions in the world forces the United States to provoke and maintain a pre-war state on a global scale. Moreover, the line between war and peace is erased, and the war takes on a hybrid character.


The main goal of the hybrid war is to exhaust the enemy, worsen his economic situation, and undermine social and political stability. The damage from such actions can be no less than from the traditional armed conflict, if we talk about the economic component, and not about the number of soldiers killed or destroyed tanks and airplanes.

A year ago, in April 2019, the American organization RAND, engaged in military-political research, published a report “Corporation Overextending and Unbalancing Russia. Assessing the impact of cost-imposing options ”-“ Overstressed and unbalanced Russia. Assessing the Impact of Costing Options ”, which tried to list the main areas in which the United States should step up its efforts to weaken the Russian state. There are several such areas - this is economics, ideology (and information policy), geopolitics, and defense. In each of the areas a set of measures is proposed.

Among economic measures, RAND experts included increasing energy production in the United States itself, toughening anti-Russian sanctions in the trade and financial sector, reorienting Europe to alternative sources of gas purchases, stimulating the emigration of scientists, highly qualified specialists and promising young people from Russia. As you can see, in practice the United States is already trying to follow its objectives - sanctions have long been imposed, sticks in wheels are being inserted into pipelines, and brain drain is being stimulated in every way, including through the promotion of the fifth column.

Among the measures recommended in the field of ideological and informational policy, RAND includes anti-government propaganda based on public disappointment in government policy, undermining confidence in the election system, stimulating protests and opposition activities, discrediting Russia in the eyes of other states and their people. At the same time, there is no doubt that the lack of a clear ideology, real goals and objectives, numerous errors of power create a very favorable background for the implementation of the tasks set by the Americans.

Geopolitical measures come down, first of all, to encircling Russia with a belt of unfriendly states. How this is done, we all saw well with the example of the events that followed the collapse of the Soviet Union. RAND advises to continue providing military assistance to Ukraine, rocking the political situation in Belarus, playing on the contradictions between Armenia and Azerbaijan, strengthening American influence in Central Asia, isolating Transnistria, supporting militants in Syria. Moreover, as noted in the report, the eternal war in Syria will become a burden not only for Russia, but also for Iran - another country that Washington hates.

Finally, an entire chapter in the report is devoted to military measures. They can be classified into several groups. The first group is about increasing US investment in defense and security: RAND identifies such important areas of investment as missile defense systems, space weapon, artificial intelligence, technology of electronic warfare, development of shock drones.

The second group of military measures involves the concentration of forces and means near Russian borders. These include the relocation of bombers and fighters to the borders of Russia, the deployment of additional nuclear weapons in Europe and Asia, the approximation of missile defense systems to the borders of Russia, the expansion of the naval presence of the United States and its allies in the Arctic, Baltic and Black Sea regions.

The third group implies an increase in the number of US troops in Europe, assistance to US European allies in strengthening military capabilities, deployment of forces and means of the North Atlantic Alliance in close proximity to Russian borders, and an increase in the frequency of alliance exercises in Europe.

But the mere presence of such reports allows Russia at the same time to assess the whole danger of the situation, as well as take steps to neutralize the hostile actions of the United States. Unfortunately, while Russia looks good in matters of military confrontation, the situation with geopolitics is worse - Moscow has long lost Ukraine, is losing Belarus and the countries of Central Asia.

In the areas of ideological and informational policy and economics, our country also has huge problems. Take the same situation with the “brain drain” - for decades in Russia they have been talking about this problem and up to the present, decent conditions for specialists - from salaries to everyday life and work - have not been created.

We are in Yandex Zen
United Europe is preparing another trip to the east
Strangulation: the context, conduct and consequences of the American naval blockade of China
65 comments
Information
Dear reader, to leave comments on the publication, you must to register.