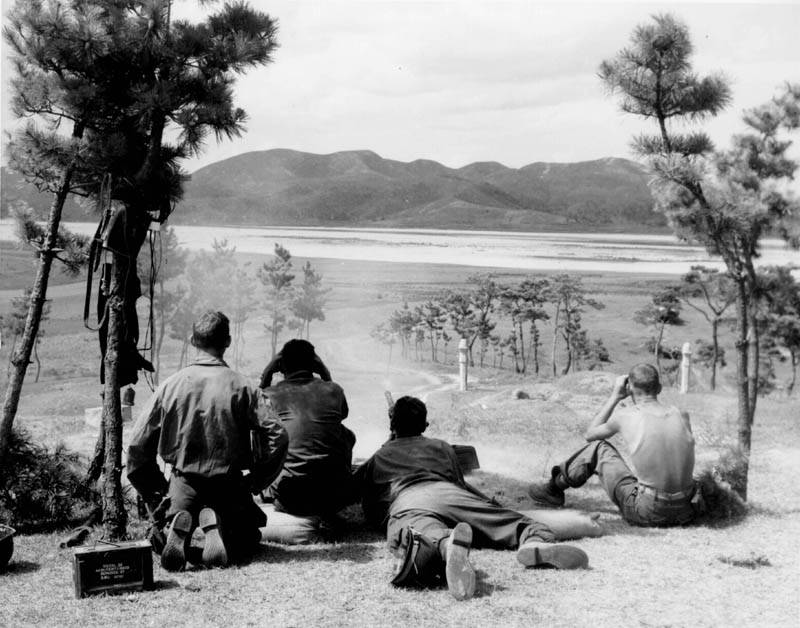 2020 will undoubtedly enter history humanity as the year of the beginning of many changes. Changes in politics, economics, ideology ... Too many over the past years we have come up with myths and fairy tales. We began to believe not what we see with our own eyes, but what we are told, written, shown. We have changed our memory to "a modern point of view on ..."


Many events that took place before our eyes or the eyes of our fathers and grandfathers, we now perceive differently. They told us so! We, former Soviet people, are enraged by the attitude of the West towards the history of World War II. It is very unpleasant for us when our grandfathers are turned from liberators into invaders. I already often hear a terrible phrase from young people: “Why did you have to give so many soldiers' lives for Warsaw, Prague, Berlin and so on? It was necessary to act as allies. It was necessary to erase the city’s carpet bombings and strengthen the fascists. ”

We ourselves did not even notice when such a change in our consciousness occurred. "To live with wolves - howl like a wolf." In a fight with a beast, we ourselves are ready to act like animals.

Coronavirus, the oil war, the collapse of the global economy ... A lot of problems that somehow once faded into the shadows until recently, the top-end theme is the celebration of the 75th anniversary of the Victory. But there are other dates that should be remembered forever. Today I decided to recall one of these dates. At 4 a.m. on June 25, the bloodiest war began in the history of the XNUMXth century after the Second World War.

I did not specifically indicate the year. In order for readers to recall this event on their own. The war began on June 25, 1950! It was then, almost 70 years ago, that the Korean War of 1950-1953 began. A war that did not have at its core any territorial, interethnic, religious, clan, cultural or economic conflicts.

Many Europeans today are not very clear why Korea even existed and remained independent next to such powerful states as Russia, China, Japan. The Korean Peninsula is a really mouth-watering piece. But only when a neighbor had a full-fledged navy and ambitions to conquer other people's territories.

Korean civilization has long existed separately from its neighbors. Koreans were a monolithic nation with its own traditions, way of life, and culture. In modern language, such a state would be called original. At the same time, the rulers of Korea were well aware that they would not be able to confront their neighbors and never thought about external expansion.

But the neighbors periodically captured some parts of this country and established their dominance there. Especially tried in this Japan. Samurai used Korea as a source of raw materials and cheap labor. At the end of the 19th century, Japan was the first of Korea’s neighbors to take the path of modernization. And it was then that an understanding of the importance of the territory of Korea for this state appeared.

But the same understanding came to the governments of other countries. Given the proximity of Korea, the first to get into a fight for this country with Japan were the Chinese. The result of the confrontation was the Sino-Japanese War of 1894-1895. Sometimes this war is called the Japan-Manchu war. Then the Japanese badly battered the Chinese army. Japan received not only material compensation for the war launched, but also quite serious territories.

The second war is known to us much more. The Russo-Japanese War of 1904-1905. Here I will allow myself to remind readers of a fact that is somehow ignored by historians. We never paid indemnities. We lost the war. But they lost less killed and captured than the Japanese. We spent less money than Japan. And the peace treaty, in my opinion, does not look like a winner’s contract with the vanquished, but not a very good agreement between equal partners.

Putting competitors in their place, but realizing that this is not the last war for Korea, Japan begins the direct genocide of Koreans from 1910-1912. In modern terms, the Japanese were Koreanized. Korean holidays, the Korean language were banned. For rituals according to Korean customs was imprisonment. The persecution of faith began.

This policy of the Japanese naturally led to the appearance of discontent among Koreans and the emergence of resistance. Guerrilla units led by Kim Il Sung began to alarm the Japanese military. The Japanese in response increased their military presence. The situation began to develop in a circle. But the uprising in Korea did not begin. The Japanese war machine and cruel punishment did their job.

Post-war actions of the USSR and the USA

Even before the end of the war, the USSR and the USA thought about the fate of Korea. Both us and the Americans were interested in this country. The fact is that with its defeat, Japan refused to control all previously occupied territories. So Korea was becoming the key to the Far East. The problem was solved in the same way as it was done in Germany. The country was simply divided into Soviet and American zones of occupation by 38 parallels. North departed the USSR, south to the United States.

In some sources, one can find the opinion that the Soviet Union and the United States deliberately went to the separation of Korea with the aim of the subsequent creation of two states. To argue on this issue is stupid. Speculation is always just speculation, but the fact that it was the United States that planned such a division and it was the Americans who proposed it is a fact. Here are lines from President Truman’s published memoirs:

"... the project for dividing Korea along the 38th parallel was proposed by the American side."
On August 13, 1945, General MacArthur, commander of American forces in the Far East, instructed the commander of the 24th Hodge Corps to accept the surrender of the Japanese army and occupy South Korea. By the way, in some American publications it is September 1945 that is called the beginning of the Korean War. Why September? Just because it was at this time that American troops occupied these territories without encountering any resistance.

What did the Americans and we hoped for? What is the point of tearing the country apart and at the same time declaring an imminent reunion? It is difficult to unequivocally answer this question. But it seems to me that the whole thing lies in the prospects for the further development of the world. Stalin believed that the authority of the USSR was so great that countries, with appropriate assistance, would choose the socialist path of development themselves, while Truman counted on the establishment of dominance in the world through atomic weapons.

This explains the loyal attitude of both parties to the formation of local authorities of a clearly pro-communist nature in the north and pro-American in the south.

The Americans actually began preparations for war in the fall of 1945. It was in November 1945 that the “National Defense Command” of Korea was established in the American zone of occupation. In fact, the leadership of the formed units, military training, and supplies were provided by the USA; military equipment was also supplied by the USA. US officers and sergeants commanded Korean units and units. The Americans were tasked with achieving tenfold superiority over the northerners.

In 1946, a government was formed in the South under the leadership of Lee Seung Man. In response, the northerners formed the government of Kim Il Sung. Both governments claimed full power in Korea.

It should be recognized that the Soviet-American commission tried to find a solution to this problem. But the Cold War prevented it. In fact, the situation has come to a standstill. The Americans decided to legitimize the Lee Seung Man government and held elections in the southern part of the country on May 10, 1948. On August 15 of the same year, the Republic of Korea was proclaimed. In response, September 9, 1948 proclaimed the Democratic People's Republic of Korea, led by Kim Il Sung.

Here, I think, the necessary footnote should be made. Explain the terms “legitimacy” and “legality”. The fact is that from the frequent use of these words, many confuse their meaning.

After both governments were formed, the occupation forces began to withdraw from the territory first the DPRK (1948), then the Republic of Kazakhstan (1949). At the same time, the armies of the republics received weapons, equipment and equipment left by Soviet and American soldiers and officers. The South received equipment for 50000 soldiers, the North - for 180 thousand.

In general, during the occupation of the USSR, the DPRK turned into a fairly developed country. Kim Il Sung clearly acted in accordance with Stalin's instructions. Twice as much in terms of population, the DPRK was significantly superior to Kazakhstan in terms of economic development and the standard of living of the people. North Korea had a well-armed army.

Neither the Soviet nor the American leadership wanted an open clash. That is why the Soviet and American armies were evacuated from the Korean Peninsula. However, the ambitions of both Korean leaders were not taken into account. Both Kim Il Sung and Lee Son Man longed for power. Full power over the entire territory of Korea.

But the Soviet and American governments by 1950 allowed a military solution to the problems that arose. Moreover, Stalin, after meeting with Kim Il Sung, was sure of a quick victory for the northerners, and in the United States they were confident that they could attract UN troops to the "pacification" of the DPRK. By 1950, Moscow and Washington already understood the strategic importance of the Korean Peninsula.

One more factor is usually spoken of little. Despite the victory of the Chinese Communists in the civil war, Mao already did not agree with Stalin in everything and led his own foreign policy. He did not consider it shameful to interfere in the affairs of other countries. Naturally, in order to "help the brothers establish popular power."

Bottom line: the war in Korea is a product of the then political confrontation between the two systems.

We are in Yandex Zen
Chernobyl notebook. Part of 3
Father told
37 comments
Information
Dear reader, to leave comments on the publication, you must to register.