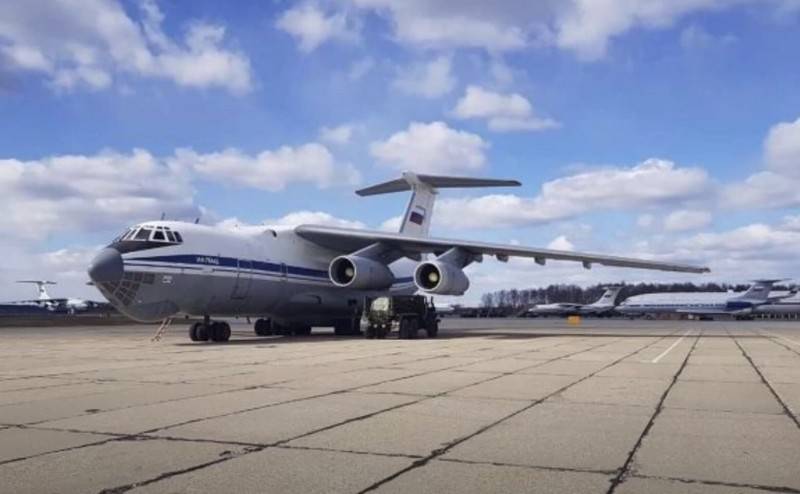 The Russian Ministry of Defense has sent assistance to combat the coronavirus of the Republika Srpska (Bosnia and Herzegovina). The military transport aircraft Il-76 of the Russian Aerospace Forces has landed at the airport of the capital of the republic, Banja Luka. This was reported by the press service of the military department.


Russian aircraft at the airport were met by officials of the republic - President Zeljka Tsviyanovich and member of the presidency of Bosnia and Herzegovina from the Serbs Milorad Dodik. They noted that help from Russia arrived very quickly, which proves good relations and mutual understanding between Russians and Serbs.

Milorad Dodik noted that despite the fact that Russia itself was faced with the spread of coronavirus infection, it is helping other countries. On behalf of the residents of the republic, he thanked Russia for the "comprehensive assistance".

The Russian Ministry of Defense specified that a detachment of military doctors, specialists from the radiation, chemical and biological defense troops and five units of special equipment were sent to Republika Srpska to assist in the fight against coronavirus. At the same time, the military department does not specify whether the planes will still be sent to Banja Luka or if everything will be limited to one aircraft.
Ctrl Enter
Noticed a mistake Highlight text and press. Ctrl + Enter
We are
Reports from the militia of New Russia for 27-28 September 2014 of the yearThe big press conference of Vladimir Putin
27 comments
Information
Dear reader, to leave comments on the publication, you must to register.