A new OPEC + deal has taken place: about some of its parameters 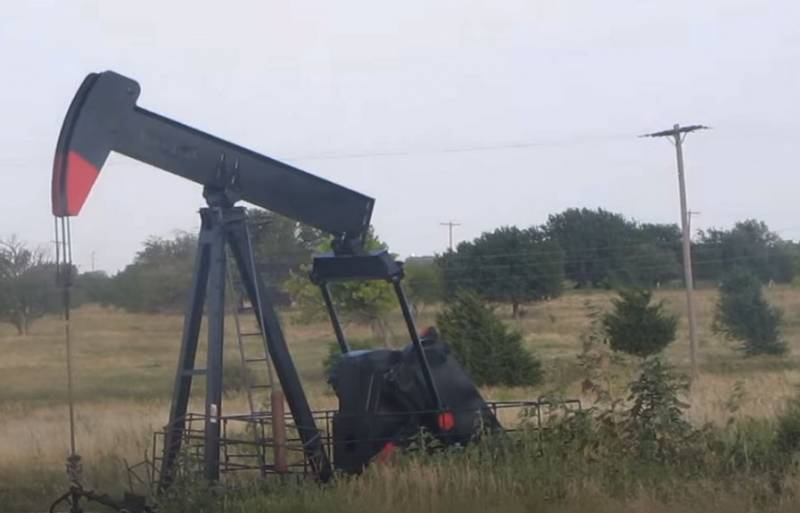 An event took place, which had high hopes, if not all over the world, then in countries that are exporters of energy resources - a virtual conference of plenipotentiaries of states that are among the main producers of "black gold". Moreover, according to information from the world's leading media and market reactions, this event was quite successful.


The parties managed to reach a consensus and put an end to the confrontation, which in recent months had a negative impact on the pricing environment of global energy markets. It’s no secret that the main stumbling block in reaching such agreements was the contradictions between Moscow and Riyadh that arose last month when our country refused to support another reduction in oil production, rightly seeing only new concessions to Saudi Arabia’s proposals market, playing into the hands of US energy expansion. After all, the United States was not going to reduce production initially.

As a result, even before the expiration of the previous agreement on the reduction of oil supplies, which was in force for the OPEC + countries, Saudi Arabia sharply increased its own production and export of “black gold”, as a result of which, on March 9, its prices fell by 30%, eventually leaving to the lowest rates over the past 20 years. Moreover, exporting countries had other problems, perhaps even more serious: due to overproduction and oversupply of oil, which coincided with an unprecedented decline in demand, it literally had nowhere to go. The world has faced the prospect of a physical overflow of hydrocarbon storage.

Now, mutual understanding seems to have been found: no one objects to a reduction in the rate of extraction of a valuable resource from the bowels of the earth that overnight has almost turned into junk goods. The reaction of world markets followed immediately - the barrel of Brent rose first by 8%, by 18 o'clock yesterday rose in price to 35,5 dollars, and then continued to move up, reaching a growth of 12%. True, a new decline followed - after it became clear that the agreements reached were, in fact, not final, but so far framework. Brent crude oil is currently trading below $ 32 per barrel. Such parameters ...

What's the question? First of all, in that main parameter - volumes of production reduction. Initially called the volume of 10 million barrels per day. Moreover, according to available data, our country was ready to take on 10% of the total burden.

Already in the process of preparing for the negotiations, completely different marks began to appear, on which an oil crane should be turned on - 15 and even 20 million barrels daily. Most likely, the exporting countries will have to stop just at the last value, which makes up 20% of all today's production of “black gold”. Otherwise, all the agreements and economic sacrifices made on their altar will simply not make sense: after a short take-off, prices will return to a fall, which will be even more difficult to stop.

There is another subtlety, or rather, even two. First of all, Riyadh, which seems to show excellent contractability and declares its readiness to produce 4 million barrels a day less, goes to the trick. These millions intend to count there from the record 12,3 million reached by the Saudi oil workers in April. This, for obvious reasons, does not suit Russia. The second point is the completely undefined position of the United States. After talking about his readiness to participate in the negotiations and moderate his own “shale”, if necessary, Washington began to declare that it was not going to cut production, as it already fell in the USA by 2 million barrels per day. It is very similar to the fact that the Americans intend to once again heat the heat with the wrong hands, without sacrificing anything themselves.

New adjustments can be made by the meeting of the G20 energy ministers planned for the near future, which intend to create a special monitoring committee, the main task of which will be precisely the stabilization of oil markets. The most encouraging in this aspect is that the “twenty” to unload the oversaturated market can be undertaken, for example, centralized purchase of “black gold” for strategic reserves of leading countries. In addition, the United States is in the "Big Twenty", unlike OPEC, and most likely they will have to agree on this level.

One way or another, but even a truce in the "oil war" - news definitely positive. The main enemy of any exporting country today is not competitors, no matter how assertive they may be, but the COVID-19 pandemic, which dealt a crushing blow to industrial and business activity. It will be possible to deal with the Saudis and the Americans later (and you will probably have to do this). However, continuing to “measure” the rigs in the current severe crisis, all exporting countries run the risk of finally destroying the global energy market. And at the same time their own economies.

We are in Yandex Zen
Russia "swallowed" OPEC. But is the “oil deal” beneficial to our country?
OPEC: without Qatar, but with Russia?
95 comments
Information
Dear reader, to leave comments on the publication, you must to register.