How Ukraine destroyed the factory for the production of ventilators "Burevestnik" 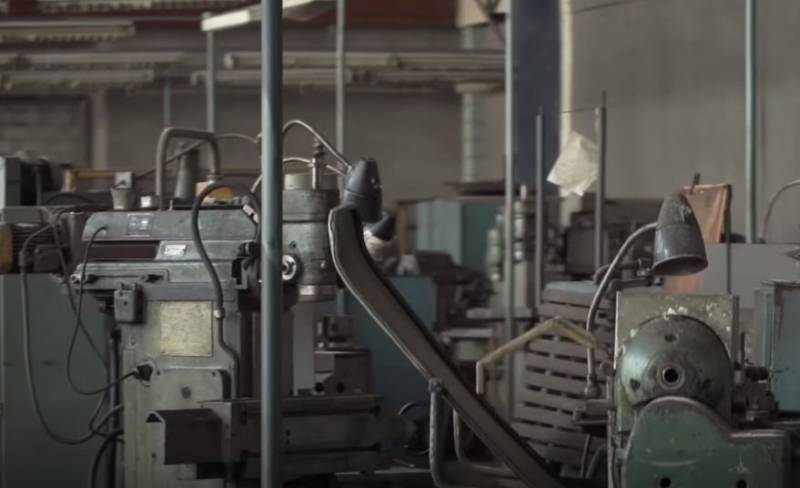 Today, when one of the most sought-after things in a pandemic-affected world is medical ventilators, Ukraine could well be able to not only fully satisfy the need of its own hospitals for this equipment, but also make good money from its export. Well, or to provide disinterested help to any of the countries in special need. Alas, in reality this is impossible: the Kiev factory Burevestnik, specializing in the production of ventilators, has in fact been completely destroyed.


As a matter of fact, the company received its name from the name of the improved modification of the MR-2002 “Ekran” radar station developed and put into operation in 244 by its specialists in 1967, which was successfully adopted by the country's border service four years later. The plant was created in XNUMX as part of the military-industrial complex of the Soviet Union and before the period of “non-fallow” it was known only in an extremely narrow circle of specialists of the corresponding profile as a manufacturer of complex radar surveillance systems for the naval fleet.

After 1991, he was ranked among the enterprises of strategic importance for the security of the country and its economy. Nevertheless, since things were not very successful with the fleet in Ukraine, which separated from the USSR, the factory workers had to master a fairly wide range of civilian products. It should be noted that these things were very technological and extremely popular. In addition to the already mentioned ventilation devices, the company launched the production of other equipment for hospitals and ambulances, sterilizers for surgical instruments, energy-saving systems for controlling passenger elevators and other extremely useful things in the national economy.

The work on radio-electronic stations for marine surveillance did not stop. By 2008, their latest version was ready - "Petrel-3." However, it could no longer save the plant, which in its degradation came to the production of machines for counting bills, VHF receivers and even door hinges. The destructive processes that began in the country after the first Maidan did not leave any chances for this. The Ministry of Health of Ukraine has signed a contract with Burevestnik for the supply of 3 and a half thousand ventilation devices. They promised to calculate according to the results. However, the result was a bankruptcy of the plant ...

The company, having issued a loan, made a thousand ordered devices, and the Ministry of Health paid only 300. The rest of the factory workers were handed out free of charge to hospitals. No one appreciated such a broad gesture: neither the state nor the creditors. In 2011, the enterprise (or rather, its balances) was included in the Ukroboronprom concern, but this did not add orders, and, accordingly, money. All production facilities remained in a “frozen” state, the equipment was slowly pulled apart and deteriorated, the neglected workshops were destroyed and turned into landfills.

Representatives of the “post-Maidan” authorities who arrived at the plant in 2015 with the intention of “restoring” it quickly realized that it was no longer possible to do this. Despite the fact that the enterprise continues to remain a sensitive object related to the nomenclature of the military-industrial complex “non-fallow”, poor things are happening there. The last of the fires, which finally destroyed one of the abandoned workshops, happened at the Petrel on March 22 of this year.

Today, the mayor of Kiev, Vitali Klitschko, openly declares that there are still “a few” ventilators from the Burevestnik production, which are called breathing incense, in city hospitals. Work the enterprise today, for a month it could provide Ukrainian doctors with at least a hundred of such valuable types of equipment, which are also orders of magnitude less than the French counterparts that Ukraine is currently purchasing. However, you should not even dream about it. Moreover, the capital's mayor frankly admits that Ukroboronprom is ready to transfer technical documentation to the devices to any private manufacturer - today it is impossible to arrange their production at any state enterprise in Ukraine. Everything is ruined to the ground.

Klitschko promises, if there are enthusiasts, "be sure to pay for all released equipment." However, remembering the sad experience of The Petrel, whose final collapse came precisely because of faith in the same exact promises, it is unlikely that anyone would dare to repeat his fate. Well, this situation serves as additional evidence that it is easy to destroy, but it is sometimes impossible to recover what was lost.

We are in Yandex Zen
Crowning, or Doubt that everything is going according to plan
Situational analysis of the death of the MH17 flight (Malaysian Boeing 777), made on the basis of engineering analysis from 15.08.2014
82 comments
Information
Dear reader, to leave comments on the publication, you must to register.