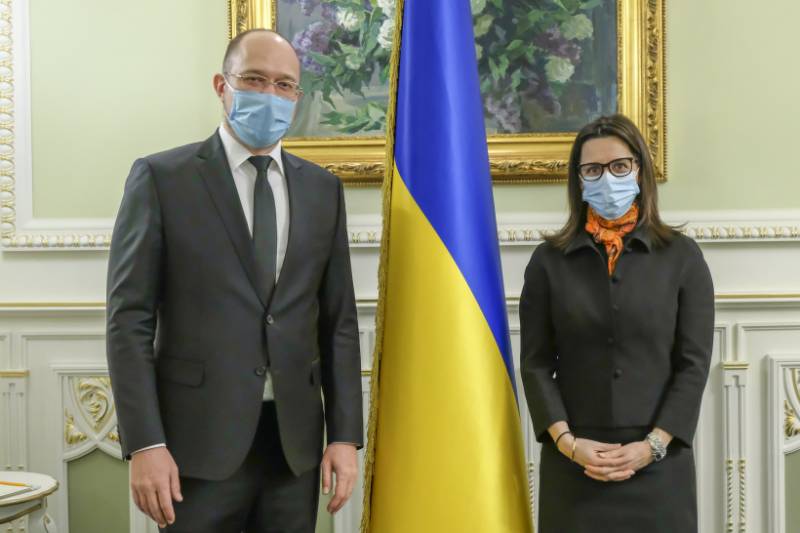 The return of the “black boxes” from the Ukrainian civilian plane shot down by Iranian air defense is quite possible. Despite the presence of many other problems, the Kiev authorities are making every effort to do this.


This statement was made by Prime Minister of Ukraine Denis Shmygal during a conversation with the Ambassador of Canada Larisa Galadza, which took place today. The meeting was also attended by Deputy Prime Minister for European and Euro-Atlantic Integration of Ukraine Vadim Priestayko.

This was reported by the press service of the Ukrainian Cabinet.

In addition to the Boeing brought down by the Iranians, Denis Shmygal and the Canadian ambassador discussed the issue of countering the spread of the coronavirus pandemic. The subject of discussion was also issues of foreign policy and economic cooperation between Ukraine and Canada.

Shmygal told the Ambassador of Canada about infection control measures. In particular, he mentioned the support of medical workers, vulnerable groups, as well as representatives of small and medium-sized businesses. Larisa Galadza praised the Ukrainian leadership for the right measures against COVID-19 infection, and also expressed its willingness to share experience and support Ukraine in the fight against the pandemic. The Ukrainian Prime Minister expressed gratitude to Canada for supporting Ukraine and the continuation of the sanction pressure on the Russian Federation.

We are in Yandex Zen
Ukrainian Foreign Minister doubts April meeting in Norman format
Foreign Minister of Ukraine spoke about Germany’s refusal to provide military assistance to Kiev
46 comments
Information
Dear reader, to leave comments on the publication, you must to register.