Arms purchases during the crisis: in Poland they urge to take an example from the USA 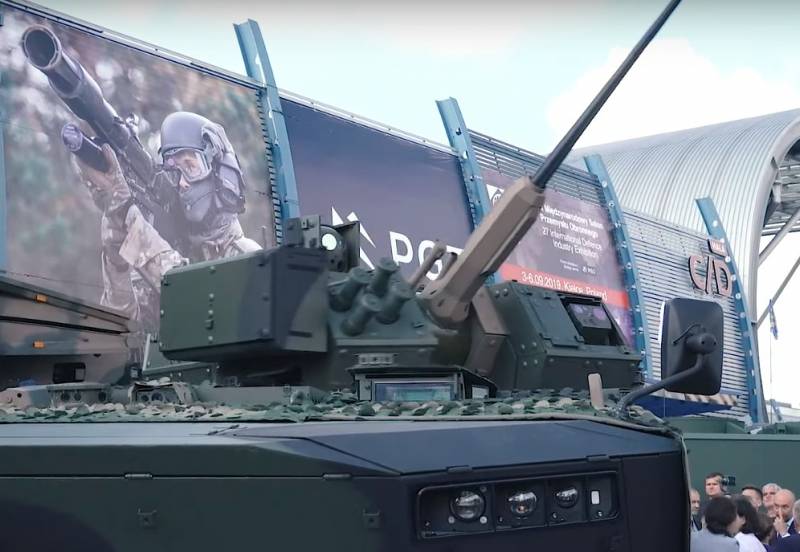 The crisis does not eliminate the need for military orders. Moreover, difficult current conditions bring stable and fast orders to the first place. The Polish edition of Defense24.pl draws attention to this circumstance.


The publicist Petr Yashchuk in his article is not in vain paying attention to the United States. In early April 2020, the US Navy, for example, took measures to expedite the execution of orders. US Assistant Secretary of State Navy James Gerts names $ 2 billion worth of orders for the purchase of Boeing P-8 Poseidon marine patrol aircraft and Raytheon's AIM-9X Super Sidewinder air-to-air missiles. At the same time, the US Navy will settle accounts with suppliers very quickly, thus planning to help sub-suppliers as well.

Since the pandemic will end in the foreseeable future, the American leadership considers it necessary to prevent a reduction in production capacity. To do this, they must receive funding, which means they must be loaded with new orders. Moreover, the initiative comes not only from the military department.

So, in early April, one of the largest military-industrial companies in the world, Lockheed Martin promised to allocate more than $ 50 million to small and medium-sized suppliers so that the latter could not only work, but also maintain employment, avoiding socio-economic collapse in the United States. Hundreds of millions of dollars to support suppliers are ready to allocate at the US Department of the Navy.

In addition to the orders listed above, the U.S. Navy is going to expedite orders for new landing ships and the new transport dock - the amphibian LDP-31. In addition, according to the assistant naval minister, the U.S. Navy is currently choosing a supplier who can build a new frigate for the US fleet. This order will also not have any delays in payment, the official assures.

In Poland, unlike the United States, matters with military orders are much more complicated. Representatives of the Polish military-industrial sector appealed to the country's leadership to take similar actions to support enterprises working to strengthen the country's defense capabilities.

Thus, Petr Wojciechowski, President of the WB Group, urges the Polish Ministry of Defense in the crisis to focus on arms purchases from domestic enterprises, as this will give them support and provide jobs - both directly and through subcontractors.

We perfectly understand the responsibility that lies with us, not only for the maintenance of 1200 of our employees and their families, but also for the thousands of people working in small and medium-sized companies cooperating with us. That is why we urge the government to place defense orders in Polish enterprises, even by postponing or delaying purchases in foreign companies of products that Polish industry cannot produce,
- declares Wojciechowski.

Polish industrialists believe that ensuring the security of the state implies not only the protection of external borders, the fight against terrorism, and espionage, but also protection from crisis phenomena in the economy by supporting domestic enterprises. In addition, orders from domestic enterprises can provide in the future a breakthrough of Polish products on the global arms market.

According to military-industrial circles, Poland simply needs to take an example from the United States and just as well support its defense enterprises, as well as enterprises operating in other areas of the economy and industrial sectors. However, the Polish audience itself is rather sarcastic about this proposal. It is enough to read the comments:

I propose to commission the production of slingshots, combat bows and bicycles. Thanks to this, we will support our production capacities not only during the crisis,
- Someone writes Robert.

Another user is convinced that Poland will just purchase American weapons in order to support the US military-industrial complex. What else to expect when Warsaw is completely dependent on Washington in making crucial decisions. Another commentator wonders if it is worthwhile to reorient production facilities to the production of respirators, masks, protective suits, so demanded in a pandemic.

That is, the very possibility and even the need to support the Polish military industry in a pandemic is put by ordinary Poles into a big question. Few people do not believe that the current government will be able to sacrifice the interests of the United States, not Poland.

Ctrl Enter
Noticed a mistake Highlight text and press. Ctrl + Enter
We are
AMRAAM missile engine problemsUS expert community is trying to identify ways out of the Afghan impasse
24 comments
Information
Dear reader, to leave comments on the publication, you must to register.