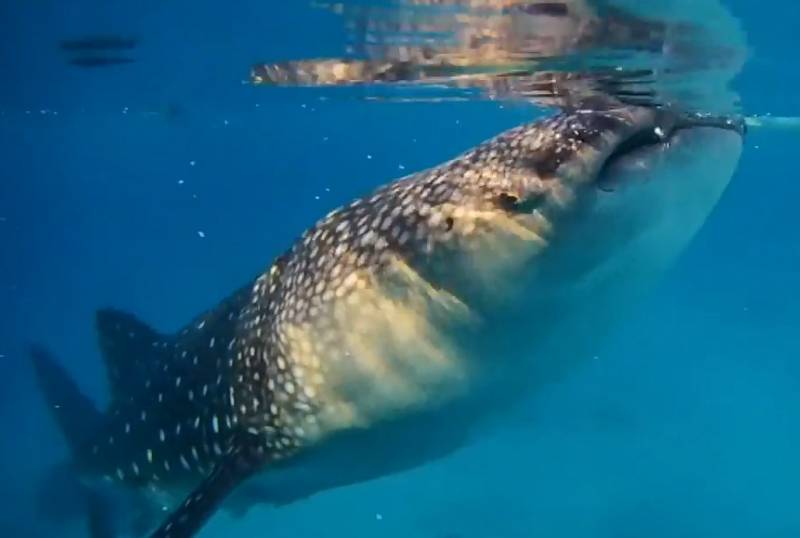 The atomic bomb test explosions that the Soviet Union, the United States, France, China, and the United Kingdom produced during the Cold War helped determine the age of whale sharks. This rare species is now threatened with extinction.


This was reported by Frontiers in Marine Science.

The fact is that after nuclear tests in air, on the Earth’s surface and under water in the atmosphere, a temporary increase in the concentration of the radioactive carbon-14 isotope occurred. This substance through food chains fell into living organisms, including sharks.

Its ridge has a multilayer structure resembling rings of tree trunks. If each new tree ring appears once a year, then the frequency of the appearance of such rings in the shark ridge was unknown. Due to the presence of carbon isotope in the spine of the fish that got there after nuclear tests, it was possible to determine the age of sharks. In addition, it turned out that the rings are formed, like in trees, once a year.

Scientists have learned that the whale shark is growing slowly, so its population may disappear with mass catch. In addition, this species lives for a long time. The age of individual individuals can reach one hundred years.

The research results help to better understand the ecology of the whale shark and develop measures to save this species from extinction.

Environmentalists accuse the media of trying to justify nuclear tests in this way.
Ctrl Enter
Noticed a mistake Highlight text and press. Ctrl + Enter
We are
Reports from the militia of New Russia for 27-28 September 2014 of the yearInterview of Vladimir Putin with Radio Europe-1 and TF1
29 comments
Information
Dear reader, to leave comments on the publication, you must to register.