Russia returns two frigates from the Mediterranean Sea at once 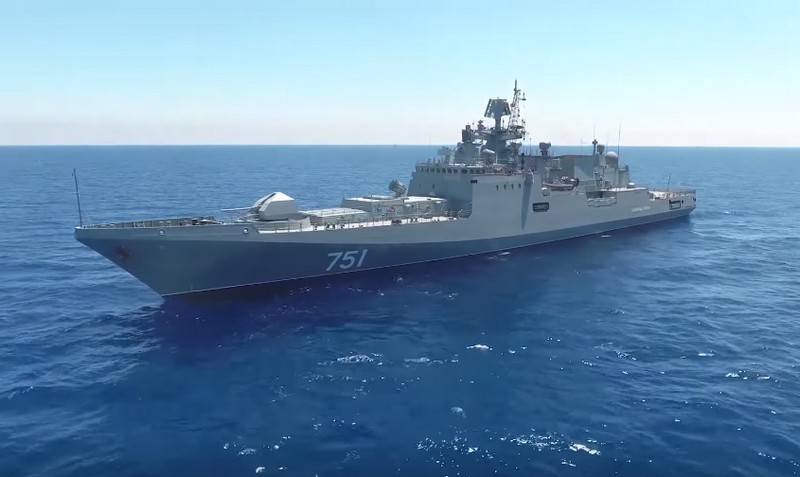 Russia returns from the Mediterranean Sea two frigates of Project 11356 at once - Admiral Makarov and Admiral Essen, and the ships are returning to Sevastopol. This was reported by the press service of the Black Sea fleet.

The frigates "Admiral Makarov" and "Admiral Grigorovich" joined the Russian squadron at the end of February this year amid escalation of hostilities in the Idlib province of Syria, where the Syrian government army and pro-Turkish groups collided with the support of the Turkish military. The same type frigate Admiral Essen has been performing missions in the Mediterranean since December 2019. Thus, at the end of February, the Russian fleet gathered all three frigates of Project 11356 as part of a permanent group of the Russian Navy in the Mediterranean Sea, although usually these ships serve one at a time, replacing each other.

Currently, the frigate Admiral Grigorovich, who will later be replaced by Admiral Makarov, remained in the Russian squadron.

Admiral Essen and Admiral Makarov are the first and second serial frigates of project 11356, respectively (the lead ship of the series is Admiral Grigorovich). Built at the Baltic shipyard. Displacement of about 4 thousand tons, speed - 30 knots, sailing autonomy - 30 days. The frigates are armed with Caliber-NK and / or Onyx cruise missiles, the Shtil-1 self-defense missile system, the 190-millimeter A-100 artillery mount, anti-aircraft artillery, rocket launcher, torpedoes, and can also carry the Ka- 27 (or Ka-31).

We are in Yandex Zen
The frigate "Admiral Grigorovich" returned to Sevastopol from the Mediterranean Sea
In Kaliningrad the frigate “Admiral Essen” is launched
25 comments
Information
Dear reader, to leave comments on the publication, you must to register.