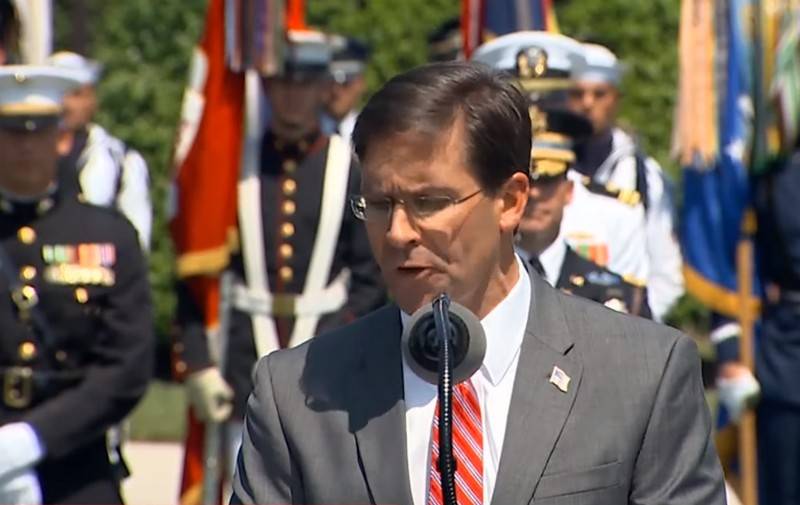 The United States will continue to strongly support Ukraine’s efforts to build up defense capabilities against the backdrop of "Russian aggression." This was stated by the head of the Pentagon, Mark Esper, write Ukrainian media.


On Wednesday, a telephone conversation took place between US Secretary of Defense Mark Esper and the head of the Ukrainian military department, Andrei Taran, in which the Pentagon head confirmed that the United States would strongly support Ukraine in confronting "Russian aggression."

In addition, in a conversation with Taran, Esper emphasized that there is a need to support Ukraine’s efforts in confronting Russia by European allies. According to him, European countries should more widely participate in the reforms carried out by Ukraine on the way of the country's accession to NATO.

The US Secretary of Defense also praised "the progress of Ukrainian defense reforms," ​​and his Ukrainian counterpart, in response, "reaffirmed the Ukrainian armed forces' commitment to NATO standards and promised to continue to adhere to Ukraine’s accession to the North Atlantic Alliance."
Ctrl Enter
Noticed a mistake Highlight text and press. Ctrl + Enter
We are
Reports from the militia of New Russia for 27-28 September 2014 of the yearYuri Drozdov: Russia prepared the role of the sacrificial calf
84 comments
Information
Dear reader, to leave comments on the publication, you must to register.