UVZ: Tanks participating in the Victory Day parade are protected against viruses 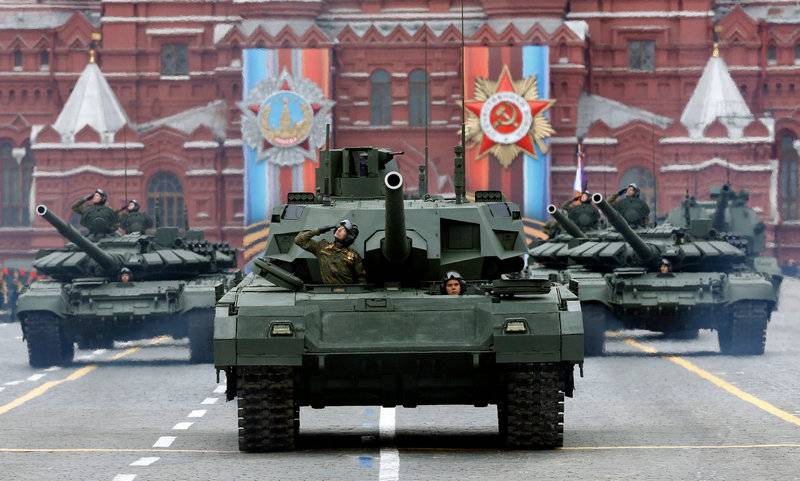 Russian modern Tankswho will take part in the May 9 Victory Day parade on Red Square in Moscow are equipped with protective equipment against weapons mass destruction (WMD), in particular from chemical and biological weapons, including viruses. This was reported by the press service of the Uralvagonzavod concern.

All UVZ tanks commercially available are equipped with a collective crew protection system that provides protection against the damaging factors of a nuclear explosion, chemical and bacteriological weapons
- said in a statement.

According to Viktor Murakhovsky, editor-in-chief of Arsenal of the Fatherland magazine, almost all Russian armored vehicles are equipped with protection against weapons of mass destruction. If factors are detected, the protection system automatically activates and launches a set of measures to protect the crew. Also, this system can be manually activated by the crew of the armored vehicles.

In this position, the crew can operate for at least a day. I mean the T-80, T-90, T-72. Cars with a landing - less, up to a day. This is limited by the supply of water and food. The tanks have a supply of water in aluminum tanks and rations for three days
- reported Murakhovsky.

In addition, to protect the crews in the vehicles are personal protective equipment, including gas masks and OZK.

Recall that at the moment there is no information about the transfer of the Victory Parade to another date. At the training ground in Alabino, parade training continues.
Ctrl Enter

We are in Yandex Zen
Armored Vehicles Market in the Middle East in 2005-2012 and forecast for 2013-2016
Israel is ready to destroy the Syrian warehouses of WMD, the United States against
70 comments
Information
Dear reader, to leave comments on the publication, you must to register.