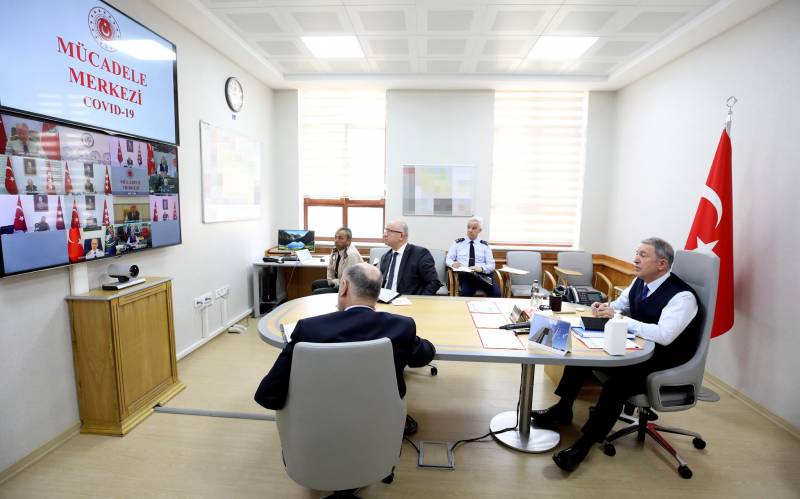 Material appeared in the American press about the possible warming of relations between Turkey and the United States. The article by columnist Charles Wold for Breaking Defense recalls that the deterioration in relations was connected, inter alia, with Turkish orders from Russia. weapons. We are talking about S-400 complexes, the contract on which was signed between Moscow and Ankara and is already being actively implemented. The fact that it all began with Washington's actual support for the coup attempt in Turkey, the author is silent.


The NATO authorities in every possible way discouraged the Turkish authorities from buying air defense systems from Russia, but Erdogan replied that Turkey itself would decide which weapons and from whom to buy it.

But, according to the mentioned author, relations between Turkey and NATO (Turkey and the USA) began to improve after the conflict of Turkish and Russian interests in Syrian Idlib.

Relations between the US and Turkey seem to be developing in a more positive direction, as Turkey was forced to seek help from NATO and Washington against its Syrian and Russian opponents in the fighting in Idlib.
The author recalls that Turkey launched an operation in Idlib, during which she lost dozens of her troops.

Following an attack on its soldiers, Turkey turned to NATO for support in accordance with Article 4 of the NATO treaty, which gives any member of the alliance the right to "seek advice whenever they consider their territorial integrity, political independence or security to be in jeopardy." Although NATO Secretary General Jens Stoltenberg condemned the “indiscriminate air strikes by the Syrian regime and Russia” and expressed “full solidarity” with Turkey’s plight, the situation does not meet NATO’s “reciprocity” standard, so there was no direct military support.
The United States notes that the response from NATO was "very cool." But in the end, Breaking Defense writes, Turkish officials realized "the importance of agreements with the United States with their possible direct support." The publication states that this is not about military, but about military-technical support:
In this context, Turkey’s request for a Patriot air defense system and a larger number of missiles for them may provide an opportunity to improve Ankara’s relations with NATO, as well as drive a deeper wedge into its relations with Russia.
According to the American author, it was military-technical support from the United States, the supply of anti-aircraft missile systems, that could alienate Turkey from Russia and bring it closer to the "NATO family".

We are in Yandex Zen
Reports from the militia of New Russia for 27-28 September 2014 of the year
Yuri Drozdov: Russia prepared the role of the sacrificial calf
15 comments
Information
Dear reader, to leave comments on the publication, you must to register.