Americans believe that Virginia V could be better for the money 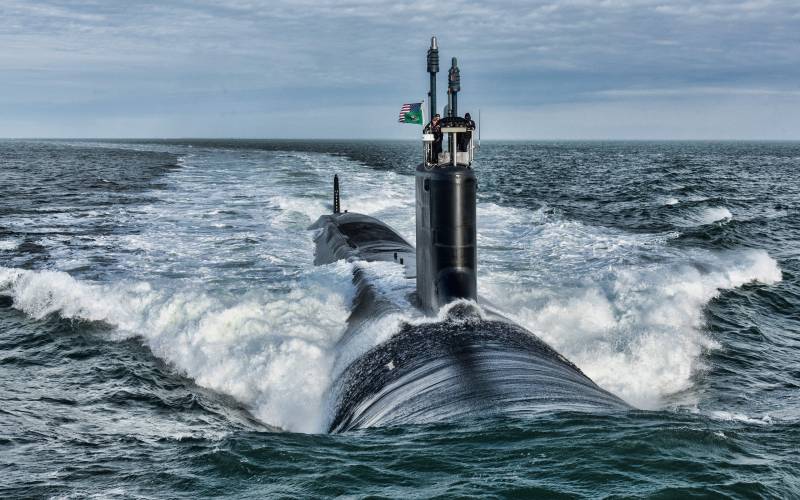 We've gotten used to the fact that thanks to tough guys like The National Interest, Purple & Heart and others, everything made and invented in the USA has two categories: good and very good.


No, of course, F-22s also happen, but this is an evolutionary process, so anything can happen.

It and with us everything is usually NIAM (“Without Analogs in the World”), and everything is simply excellent. So to praise your own and scold someone else's is normal. It’s not normal to scold / criticize your own, you need to have steel in your pants and a conscience in your head. And with this today, strain everywhere, both in the Old World and in the New.

But in NI, an article flashed by the already familiar to us David Ax (David Ax), who we already as a native just because he rattles there if not a bell, then a bell. Steel. And David is sometimes very interesting to read, because he chooses expressions, but he knows how to convey the essence.

The article flashed (article), but we saw her. And it became interesting, but what did old David not like this time?

And he decided to walk on submarines.

It turns out that the newest submarine of the United States Navy, that is, a new generation of Virginia, which in the future is a shield to deter us (no one knows where, but not important, in general), could be much larger and more perfect.

In 2013, the fleet reviewed as many as five nuclear submarine projects weapons. And the smallest and (naturally) cheapest option was chosen.

This is what causes David Ax's righteous anger. It is quite logical and reasonable, by the way.

The fact is that the new Virginia is not at all what American missiles are carrying around the seas. This is a completely different ship, despite the fact that the name is the same.

So, the fleet reviewed five boat designs. And they are more and more existing “Virginia”, which is 115 meters long. The shortest of the new is 137 meters, and the largest is 146.

But it’s not the length. The point is the so-called "block" system of new submarines. Each boat included in the contract, and there are nine of them, is truly modular. And the main highlight is the so-called “payload module”, which is a block of four vertical pipes that can be used in different ways.

The module is located behind the reactor block, it has access from inside the boat, the pipes open into the water both from above and from below. This module should not be confused with standard launchers (turret type on boats of the third series), Tomahawks can be launched from launchers, and underwater pipes of the payload module, besides Tomahawks, you can launch divers, guided vehicles and robots.

Even if you simply charge these tubes with the Tomahawks, the launch kit for the new Virginia will increase to 40 missiles. Which is already a very powerful argument in confrontations with a likely opponent (read: with Russia).

So, the US Navy really wants the new generation boats, the so-called Block V, to replace the boats of the first iteration, Block I (Virginia, Texas, North Carolina, Hawaii), since the latter over 20 years old are already out of date. And in the years 2025-2030 they will all be disposed of.

Meanwhile, these four submarines carry a total of almost two hundred “Axes,” and the US cannot afford to weaken their fleet in such a way. Nine Block V “Virginia” could fill up almost half of the missile deficit, and the next series, Block VI and Block VII, could compensate for the damage to the Block II and Block III series boats. 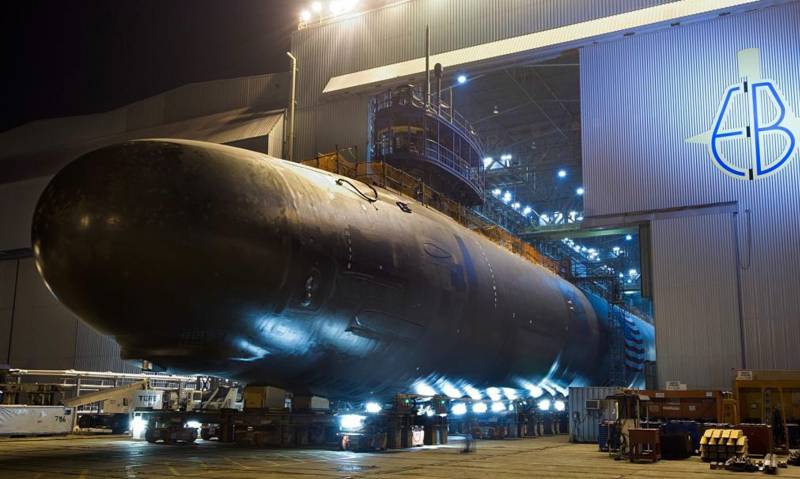 However, even in the USA everything is not as simple as we would like. It turns out that even there are problems ... with money!

Under the administration of Barack Obama, money was not so bad, but ... I would interpret this word as "tense." And therefore, in 2013, what happened, as David Ex says: the navy chose the least expensive configuration of boats. The budget has been saved, but is it so good?

On the one hand, preserving the initial number of boats under construction and the fact that the budget has not suffered is good for the Americans. The bad thing is that, according to Ax, for the sake of saving money, the cheapest option for equipping boats was chosen, which cannot but affect the combat qualities of the nuclear submarines.

Savings affected the lining materials, which caused boats to become noisier and, accordingly, made it easier to detect by search tools.

Guide fleet rejected the longest hull options (for the same financial reasons), because of which it was necessary to greatly reduce the space of some compartments in order to accommodate access mechanisms to the pipes of the multifunctional module of the boat without increasing the diameter of the boat.

In general, it is very logical. To keep the cost of the Block V boat as close as possible to the set price of $ 2,5 billion, the fleet chose a less expensive option. An external protrusion was simply added to the case, in which the access mechanisms to the module pipes were placed.

And then, in trials, problems began. This “tortoise shell” began to create hydrodynamic and acoustic problems, especially at high speeds. Critical articles began to appear first in the official journal of the submarine forces of the US Navy, and then other publications picked up the baton. 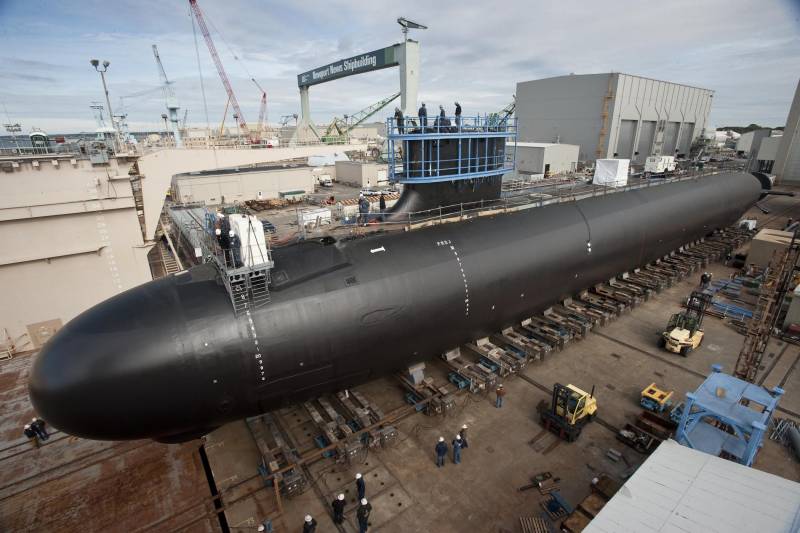 According to the authors of the criticism (for example, retired captains Karl Haslinger and John Pavlos), the cost savings led to the fact that the naval command made it easier for the potential adversary (us) to sonar and acoustic search for the latest submarines. Especially sonar.

It is clear that it is difficult to achieve an ideal form (i.e. drops) in a submarine. But everything that stands for the corps unwittingly creates turbulence and noise. The Americans loved our submarines of the 667 series of all modifications for their massive logging, which made noise so that these boats were quite easy to find and track.

Yes, in modern boats, the cabin is small and already aerodynamically ennobled. This also applies to Block V. boats. The question concerns not only “clean” aerodynamic forms, but also the coating, which reduces water turbulence.

Is it worth saving on this? Many analysts in the US believe that it is impossible. That it makes no sense at all to develop new, very low-noise submarines, if there is no money to build them. 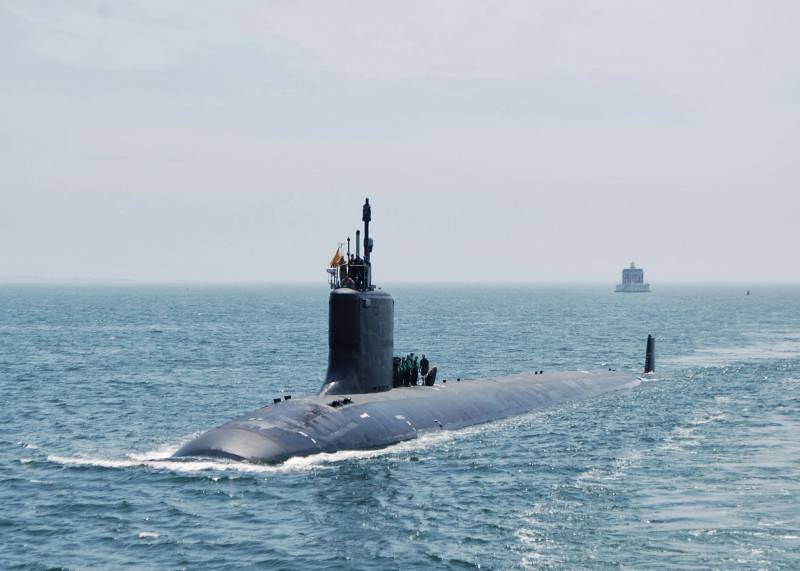 Familiar, right? Yes, the Americans in the near future, apparently, will have to face the fact that we have already passed in the 90s ...

Ctrl Enter
Noticed a mistake Highlight text and press. Ctrl + Enter
We are
We are building a fleet. Theory and PurposeBillions for the Navy
40 comments
Information
Dear reader, to leave comments on the publication, you must to register.