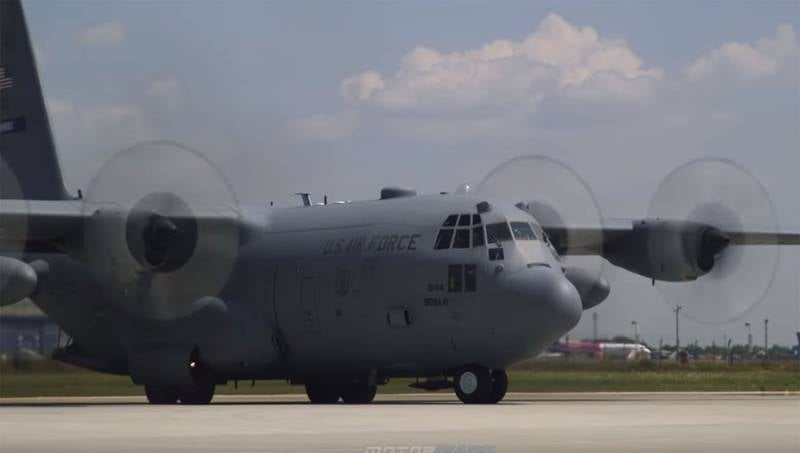 A video was published on the network that demonstrates an attempt to attack a military transporter from the ground. This is a U.S. Air Force C-130 Hercules aircraft. According to recent reports, an attack on the transport side was carried out in Afghanistan.

Everything that happened was photographed with the help of a video camera the American drone MQ-9 Reaper, which was at that time in the air. The video shows a parachute dropping cargo from the side of an American transporter, which lowered its height to complete this discharge. At this moment, an attack attempt was carried out, carried out from one of the buildings in the area of ​​the military facility, for which the cargo was intended.

Ammunition released passed the aircraft, however, in the immediate vicinity of the cargo dropped from the side. At least visually, you can perceive that way.

The material indicates that in the end, none of the US military was injured. At the same time, the operator of the reconnaissance and strike drone launched a missile attack of the same position from which the ammunition was produced.

Ctrl Enter
Noticed a mistake Highlight text and press. Ctrl + Enter
We are
Interview of Vladimir Putin with Radio Europe-1 and TF1December 2010 years. Russian March. Senseless and merciless? Notes not a Russian person
69 comments
Information
Dear reader, to leave comments on the publication, you must to register.