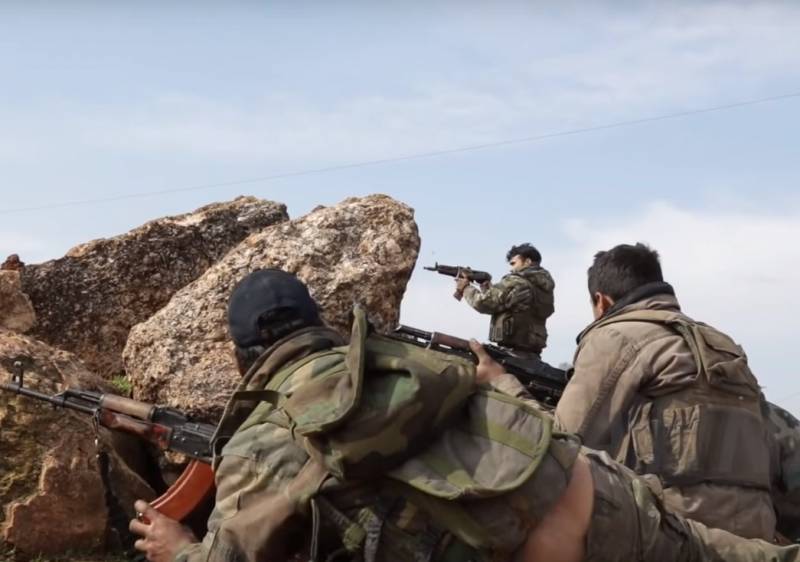 The military-political situation in Syria remains tense. Militants continue periodic raids against government troops in Idlib, and in Aleppo, Kurdish militia positions were fired upon by the Turkish army.


Despite the ceasefire in Idlib, Turkish forces are active in other Syrian provinces. So, in Aleppo, the Turkish army opened artillery fire on the positions of Kurdish militias in the vicinity of the villages of Ain-Dakna and Samuk. Also, clashes between the Turkish military and the Kurds occurred in the area of ​​Afrin. Here the sides fired at each other ATGMs. Nothing is known about the losses of the Turkish troops and the Kurdish militia.

Perhaps it was precisely this confrontation that caused the explosion that thundered on the morning of April 8 in Afrin. Right in the center of the city, a makeshift explosive device attached to a gas tank exploded. Cars parked nearby were damaged, but no one was injured from civilians and military personnel. The pro-Turkish forces that control this part of Afrin accused Afriana, the Kurdish political-military organization, of the Liberation Force.

Last night in Idlib province, social media controlled by illegal armed groups report that there was a clash between militants and the Syrian Arab army. According to militants, as a result of a sniper attack killed four CAA soldiers. In Damascus, this information has not yet been confirmed.

In order to further neutralize the militants of illegal armed groups operating in Idlib, reinforcements from the Syrian Arab army are being transferred to the province. According to a source from Baladi News, on April 7 several hundred Syrian soldiers and officers were transferred to the southern regions of the province, as well as to the neighboring province of Hama. Units of the Syrian Arab army strengthened in the Jebel Shahshabu Mountains. In addition to personnel, about 100 units of SAA military equipment, including Tanks, infantry fighting vehicles and anti-aircraft installations.

The transfer of troops indicates that the Syrian command is not going to put up with the practice of regular attacks on the positions of government units by radical organizations. Additional units should help the units of government forces already in Idlib in the fight against terrorists.

The greatest danger now is the group “Hayyat Tahrir al-Sham” banned in the Russian Federation. However, in the ranks of this organization, according to local sources, a crisis is now beginning due to internal contradictions between the field commanders. The influential militant Abu Malik at-Tali, who was part of the KhTS shura, announced his withdrawal from the organization due to disagreement with its course and a lack of understanding of future prospects.

The militants of one of the cells of the Islamic State organization banned in Russia, operating in the province of Deir ez-Zor, were not lucky. Here, servicemen of the Syrian Arab army, the Al-Quds Iranian formation, with air support, organized a raid in the desert of Badiya es-Sukhne on the border with Raqqa. During the raid, vehicles, shelters and several IS fighters were destroyed. In the southwest of the province, the Syrian Arab army also carried out several raids against the banned organization.

While the Syrian Arab army is fighting the militants, Syrian civilian authorities continue to take measures to prevent the further spread of coronavirus in the country. If we compare the indicators of Syria with neighboring countries, they are strikingly different: 548 infections were recorded in Lebanon, 353 infections in Jordan, 261 infections in Palestine, 1122 infections in Iraq, 9248 infections in Israel.

In Syria, according to official figures, 19 people were infected with the coronavirus, three people died. But such a small number of patients is most likely the result of a lack of genuine information due to the difficult military-political situation in the country.