“Russia impedes combat power”: Azeridefence on the balance of power in the Caspian 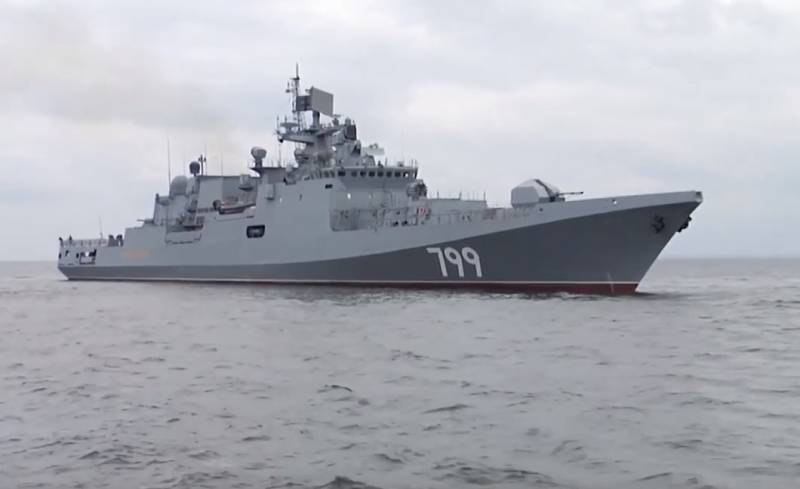 The Caspian Sea has become an apple of contention between the states located on its shores. They are forcing the buildup of their military potential in the waters, trying to keep up with their neighbors. The balance of power prevailing here was estimated by the Azerbaijani publication Azeridefence.

Sandbox of Nations and Rockets

According to him, Turkmenistan has two boats 12418 Edermen and Gayratly purchased from the Russian Federation, each of which is equipped with 16 anti-ship missiles X-35 of the Uran-E complex. They are able to destroy a ship with a displacement of up to 5 thousand tons. The range of these missiles is limited to 130 km.

Kazakhstan in May 2014 ordered a land-based mobile battery in France with Exocet MM40 Block 3 anti-ship missiles operating at a range of over 180 km [only the 2012 protocol of intent is known; at least deliveries are not reflected anywhere].

The Otomat Mk 2 belonging to the Turkmens in the Caspian basin is considered one of the most modern missiles in the world, designed to destroy surface and coastal targets outside their radius of action.
- notes Azeridefence.

Azerbaijan has purchased a batch of anti-ship missiles Gabriel Mk 5 in Israel, which "has higher characteristics, despite the fact that it has the same dimensions as Exocet missiles." Its flight range is more than 200 km. 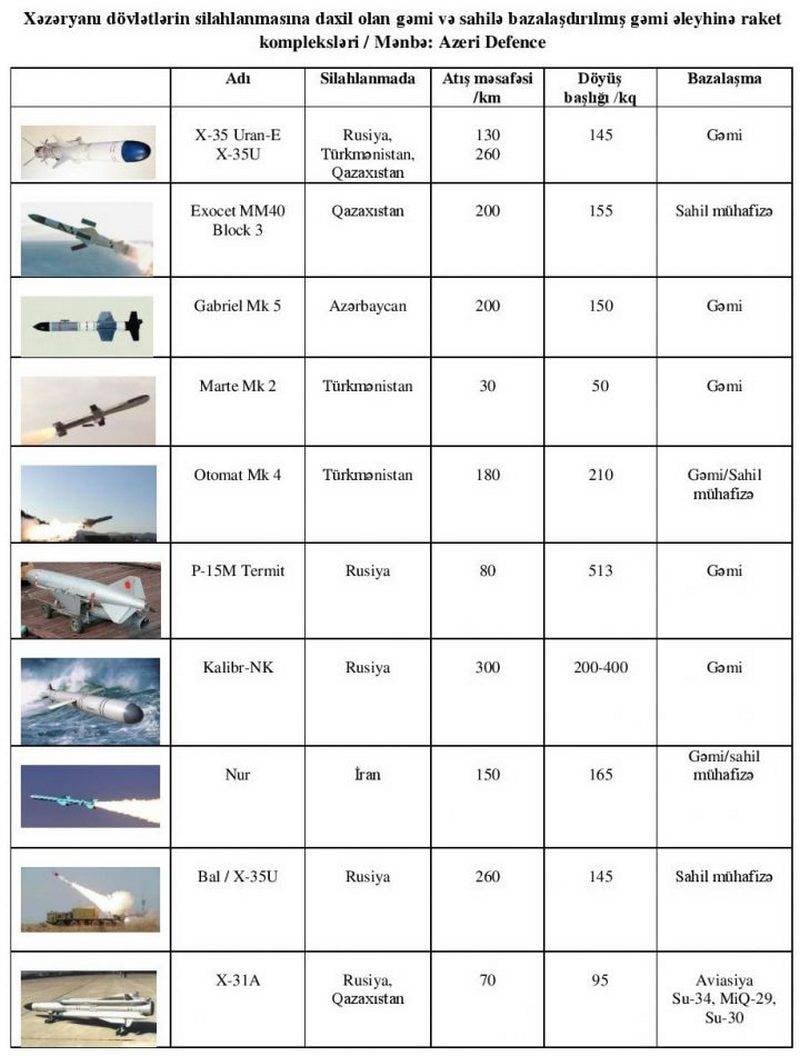 The potential of Russia

The missile potential of Russia is represented by three missile systems of the Buyan-M project Sviyazhsk, Uglich and Veliky Ustyug and one ship Dagestan of the 11661K type. Each of them carries 8 Caliber-NK missiles. Accurate information on the range of their action is not available. The different range of fire at sea targets was voiced - 375, 500, 1400 km. It has the Navy of the Russian Federation and the patrol guard "Tatarstan" of project 11661 (8 anti-ship missiles X-35U with a range of up to 260 km).

Along with strengthening fleet Russia is deploying Bal-based coastal systems (range up to 260 km).

Missiles fly most of the way at an altitude of 1-2 meters above sea level, and therefore it is difficult to detect and recognize them
- writes the edition.

In the Caspian territories of Russia aviationarmed with new Kh-31A cruise missiles, making the way up to 70 km. It was reported that they were also used by the Kazakh Air Force during the exercises.

According to Azeridefence, at the same time, Russia limits the access of other littoral countries to its weapons. So, Azerbaijan’s attempts to acquire the Bal-E coastal missile complex failed: because of the “threat to the ships of the Caspian fleet, and also because of the possibility of using these missiles in Karabakh.” Moscow is in no hurry with the sale of Bal-E to Kazakhstan.

Russia impedes the strengthening of defense capability in the marine segment of other countries of the Caspian Sea
- concludes Azeridefence, noting that "Kazakhstan, Azerbaijan and Turkmenistan will continue to strengthen their arsenals with the help of more modern French-Italian, Turkish and Israeli missile systems."

It is possible that other alternatives will appear in the future, the Azerbaijani publication points out.

We are in Yandex Zen
Vietnam has built two more rocket boats project 12418
Turkmenistan buys anti-ship complexes and air defense missile systems from the company "MBDA Italy"
104 comments
Information
Dear reader, to leave comments on the publication, you must to register.