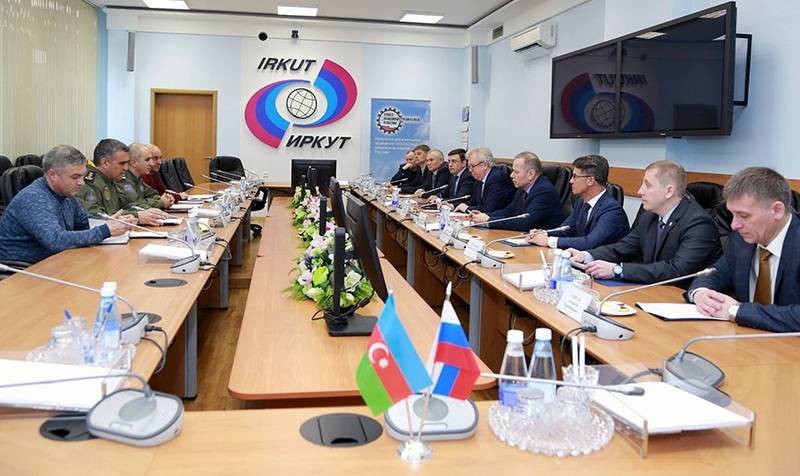 Russia is ready to negotiate with Azerbaijan on the supply of a wide range of weapons, including aviation technique. This was reported by the Federal Service for Military-Technical Cooperation (FSVTS) of Russia.


Maria Vorobyeva, the official representative of the Federal High-Command Transport Service of Russia, said that Azerbaijan is a long-standing partner of Russia in the field of military-technical cooperation, so Moscow is ready to negotiate with Baku on the supply of Russian weapons and military equipment.

Azerbaijan is a long-standing partner of the Russian Federation in the field of military-technical cooperation, which between our countries is developing steadily and systematically. In this regard, we are ready for further discussion with partners of a wide range of areas of cooperation, including on aviation topics
- says the FSVTS message.

Earlier, the Azerbaijani Defense Ministry announced the interest of the Republican Air Force in the Russian MiG-35 and Su-35 aircraft. A delegation of the military department visited Sukhoi aircraft plants and MiG corporations, where they got acquainted with the tactical, technical and combat capabilities of Russian combat aircraft. In addition, Azerbaijani pilots flew on MiG-35 fighters.

In October 2019, Azerbaijani President Ilham Aliyev said that Azerbaijan had signed $ 5 billion worth of military-technical contracts with Russia, of which $ 3 billion has already been completed.

Ctrl Enter
Noticed a mistake Highlight text and press. Ctrl + Enter
We are
Azerbaijani Foreign Ministry accuses Iran of defamationNew war in the Caucasus be?
117 comments
Information
Dear reader, to leave comments on the publication, you must to register.