Housing in Russia: plans and realities 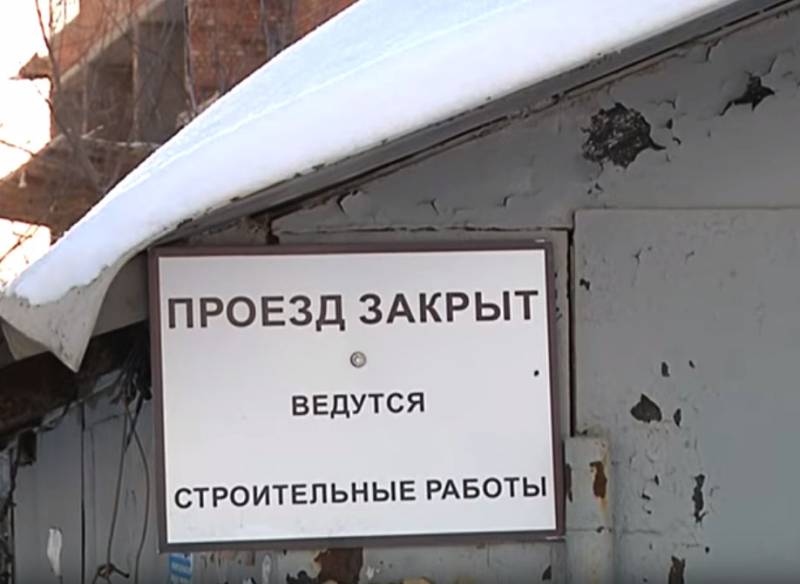 Having your own roof over your head is the dream of every normal person. Of course, it is desirable that everything else be attached to the roof, from strong walls to all kinds of amenities. Naturally, Russians are no less than all the other inhabitants of the planet striving to become owners of if not comfortable cottages, then at least their own apartments, personal square meters, preferably in the largest possible amount and at an affordable price. What was the situation with the satisfaction of these desires over the past decade in the plans of our state and in reality?


To begin with, we recall with what factors the domestic construction industry approached 2010. Let's talk about the times, so to speak, the original, about the 90s. The reformers, swearing that they would put all their strength in order to improve the material well-being of Russian citizens and their living conditions, fulfilled this oath (as, indeed, all the others) exactly the opposite. In the early and mid-90s, the level of housing construction in the country more than doubled; at the beginning of the current century, it was built in Russia about the same as in the USSR in the 50s of the last century.

More or less real growth began around 2005. After the crisis of 2008, construction was in decline for a couple of years, but from 2011 to 2015 we have stable and continuous growth. If in 2010 it was commissioned 58 million square meters of housing, then in 2015 this figure amounted to 85,3 million. Further, the growth rate in construction began to alternate with recessions, but, of course, and not nearly the same as in the 90s. Rejoice and pack for the move? No, you should not rush here. First, the record for the USSR in 1987, when 72,8 million square meters of housing was commissioned, was exceeded in our country only in 2014. However, one must not forget that the USSR, both in territory and in number of inhabitants, is not modern Russia.

Secondly, since about 2011, there has been a trend towards an ever-decreasing decrease in the structure of turnkey housing units in the share of multi-storey, multi-apartment buildings with a fairly distinct increase in the number of low-rise housing construction. That is mansions and cottages. On the one hand, this seems to be not bad - your own house is better than the cell in the "anthill". On the other hand, let's honestly answer the question of how many of our compatriots can afford such happiness? There would be a mortgage for the “kopeck piece” ... Nevertheless, according to forecasts of industry experts, by this year, the low-rise sector should occupy more than 81% of the total array of housing under construction. Either our people began to enrich en masse (which is hardly possible under the current conditions), or they simply began to build less for less well-off citizens.

One way or another, but in today's extremely difficult economic conditions, such milestones are likely to become another pipe dream. Yes, in 2019 we again saw an increase in housing construction by 5% - up to 79,4 million square meters. However, according to the deep conviction of analysts working with data from both the construction industry and real estate markets, now the situation is again changing for the worse. This, however, is not surprising: the drop in oil prices that hit Russia’s income, coupled with the spread of infection, is somehow not very encouraging to invest in the construction industry, even if we are talking about our own housing. Not to fat, to be alive ...

According to the results of the first months of this year, the number of apartments and houses for rent decreased by at least 7% in terms of total volume. In the future, the industry is predicting a new “rollback” - up to 72-75 million "squares" annually. And this is far from the worst scenario. However, all this is still only forecasts and versions, but I would still like to hope for the best.

Ctrl Enter
Noticed a mistake Highlight text and press. Ctrl + Enter
We are
Results of the week. “In our cooperative, the board is always agreed”Results of the week. "God forbid to see Russian revolt, senseless and merciless!"
60 comments
Information
Dear reader, to leave comments on the publication, you must to register.