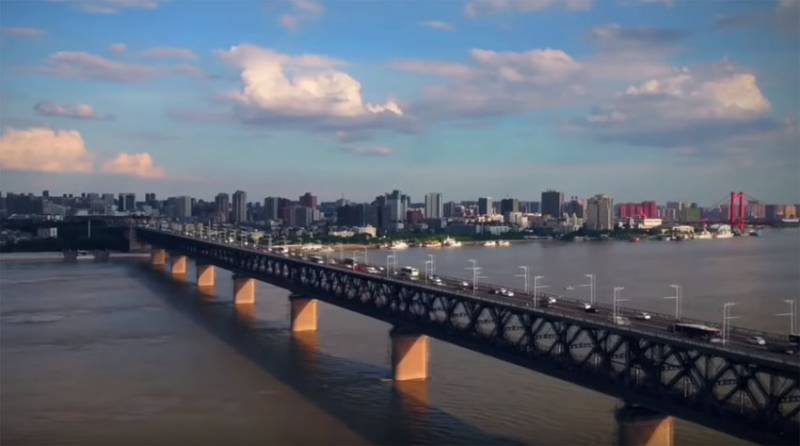 Reports are coming from China that the country's authorities, having assessed the situation with the level of COVID-19 infection, have decided on a quarantine measure in Wuhan. According to the latest information, Wuhan from tomorrow will be fully open for both entry and exit.


The reason for this decision was that for two weeks in Hubei there was not a single person who would become infected while being in this territory without leaving. Across China, cases of infection are also confirmed exclusively for those citizens who had previously entered the country from abroad. No "internal" infections were detected.

To date, China has dropped to 6th place in the world in terms of the number of people infected with the new coronavirus. At least, according to Chinese official statistics. According to it, 83095 people are infected in China. At the same time, the number of people infected (or rather, those who have been infected) increased by only 56 people per day. For comparison: in the USA, the daily growth amounted to almost 24 thousand people, once again updating the record. In Russia, the increase is more than a thousand people, of which the majority are in Moscow.

Recall that officially, Wuhan is considered the epicenter of the outbreak of a new coronavirus. At the same time, the Chinese themselves blame the infection of their fellow citizens of the US military, who at the end of last year arrived in this city to participate in international exercises. The United States is retaliating, claiming that China has become the main distributor of COVID-19 worldwide.

An interesting fact is noteworthy: officially in Wuhan, less than 300 cases were detected when the head of the Chinese region ordered the city to be completely closed, which is one of the largest transport hubs in China. At the same time, in China to make such a decision, coordination is necessary not only with the central government, but also with the leadership of the special services. This gave experts an occasion to speculate that in Wuhan they initially knew what the consequences of the new disease could be. And this is even at that moment when no data on the decoding of the DNA of the new coronavirus was reported.
Ctrl Enter
Noticed a mistake Highlight text and press. Ctrl + Enter
We are
San Marino takes second place in the world in the percentage of mortality from COVID-19Reports from the militia of New Russia for 27-28 September 2014 of the year
61 comment
Information
Dear reader, to leave comments on the publication, you must to register.