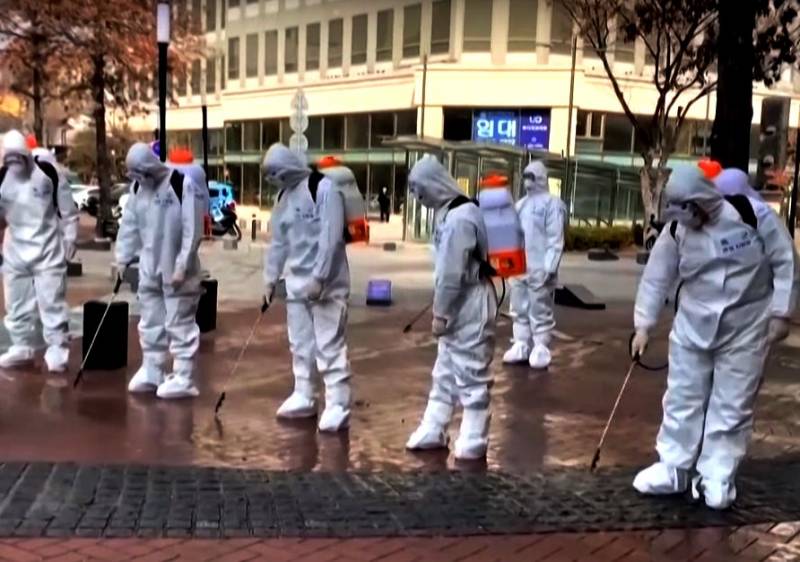 The COVID-19 pandemic will hit the European economy very seriously. The consequences of the epidemic may be even more serious than the financial crisis of 2008-2009. About what to do to European countries, writes the German edition of Die Zeit.


On April 7, the finance ministers of the EU member states gathered in Brussels. They are discussing the coordination of an emergency assistance program, the size of which is unprecedented for non-war time - 3% of the GDP of the entire European Union. In addition, the heads of financial departments agree on liquidity guarantees in the amount of 18% of the EU Air Force, as well as the opening of credit lines of the European Stability Mechanism in the amount of 2% of the EU GDP.

Nevertheless, the position of European states in assessing the proposed measures to combat the consequences of the pandemic is not uniform. Now there are two poles. On one - Germany, Austria, the Netherlands, on the other - Italy and Spain, as well as France. Of course, everyone in the EU understands that the 2020 economic crisis is of a pan-European nature. Therefore, they compare it with the events of 2008-2009. Then the EU helped “lagging behind” Greece and a number of other countries to protect the entire euro area from collapse. The European stability mechanism provided Greece with the necessary loans, but at the same time, a special commission began to observe the policies of the Greek government.

It is clear that in southern Europe such measures as monitoring the economies of southern European countries are considered humiliating. The initiators of the observation are more prosperous countries for which the consequences of the crisis are not so tangible. Naturally, in the same Germany they again asked the question: why should the Germans pay the debt of Italy if the German government cannot control the financial and economic policies of this country?

Now in Germany, the Netherlands and a number of other countries they are rather skeptical about the idea of ​​providing financial assistance to the states of Southern Europe. In particular, France’s proposal to create a special fund is criticized in which funds could be accumulated to overcome the consequences of the crisis.

In turn, Italian nationalist politicians argue: Germany specifically uses the crisis caused by the coronavirus pandemic to bring Italy to its knees and expropriate its economy. At the same time, it is obvious that without assistance, the countries of Southern Europe, the hardest hit by the coronavirus, will have to be very tight.

German Finance Minister Olaf Scholz and German Foreign Minister Heiko Maas said they would act in concert with Italy and other affected countries. They did not talk about issuing bonds, but emphasized that the European Stability Mechanism is able to quickly provide loans to Italy and several other countries.

The reaction to the disagreements of the Europeans themselves is interesting.
Either Germany is finally becoming rational and we are strengthening the EU through shared responsibility, or everything will be very bad. The end of the European Union would be most destructive for Germany,
- Someone thinks SilentBob.

But many Germans, on the contrary, criticize the possible assistance to the countries of Southern Europe. They believe that the burden of assistance to southern European countries will fall on the shoulders of ordinary taxpayers and that it would be more reasonable for Germany to help its citizens, and not Italy.

Germany is not to blame for the ruined Italian health care system. In particular, in recent years, Italy has taken huge debts, but not for improving the Italian health care system, but for gifts in the elections. The German state consists of 82 million citizens who carry a relatively high tax and duty burden. So, if we want to be responsible for Italy, we can also gladly reduce the retirement age again, pay social insurance contributions from tax resources and pay everyone basic income,
- writes another commentator.

It seems that the pandemic will not only entail a worsening of the socio-economic situation in Europe. The unity of the European Union as a supranational union, the future of political and economic relations between the EU countries are at stake.

Ctrl Enter
Noticed a mistake Highlight text and press. Ctrl + Enter
We are
“Let's talk about science”: scientists have found out which metal coronavirus COVID-19 is “afraid” of surfacesReports from the militia of New Russia for 27-28 September 2014 of the year
34 comments
Information
Dear reader, to leave comments on the publication, you must to register.