Beginning of the End of Oil Madness 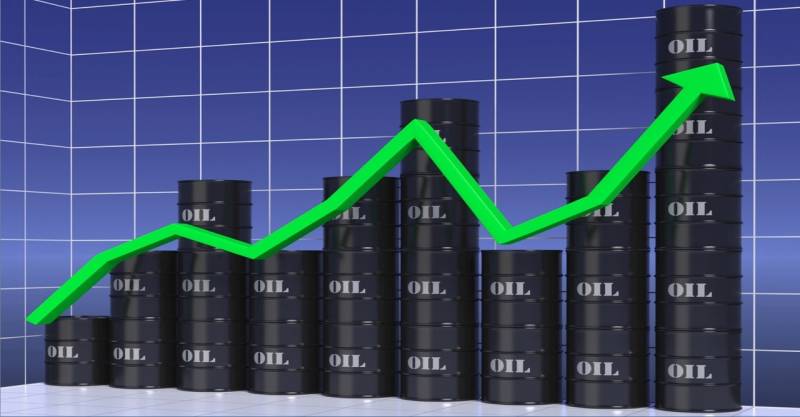 Oil and gas is not about us?

In the midst of global anti-virus hysteria, US President Donald Trump decided to say that the United States is actually ready to participate in reducing oil production. However, he made a reservation that the Americans can do this together with other oil-producing countries, and moreover, such a decision has not yet been taken by itself.

At a briefing at the White House, the American leader generally spoke in an uncharacteristic manner. At least, he did not scare the audience with hundreds of thousands of potentially dying, did not show any aggression. But despite the fact that his regular “kickbacks” on the principle of “my word is tsarist, I want to give, I want to take it back” are already beginning to bother the public, the president, by and large, did not change himself.

“I do not know, we will need to make a decision on this subject. Maybe we will do it, or maybe not. “I think the reduction is automatic if you believe in the [laws] of the market.”
It seems that the window is closed, but the window remains, and not for nothing that Trump reminded that companies in the US are already forced to reduce production due to low oil prices. 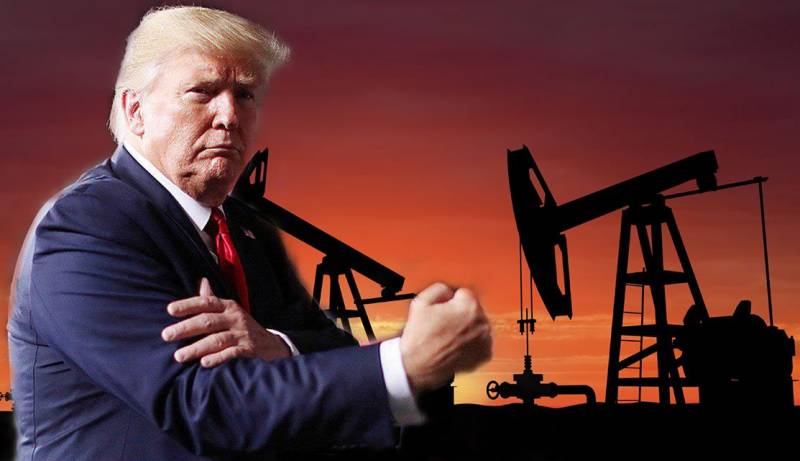 Has it really come to a playboy in the president’s chair that no one is going to give their niches in the market to Americans? Not the richest Mexico, supplying fuel almost exclusively to the American market, was generally ready for some time to go at a minus price of its oil.

The American president gave his speech and explanation. For the most dull. “Because this is a market - it is supply and demand,” Trump said, answering journalists' questions about whether he would ask American oil companies to reduce production.

But not even a month has passed since the owner of the White House did not hide his satisfaction with the low oil prices, considering them beneficial to the world economy. Today it’s indecent to talk about any benefits to the world economy ... It’s about how to save it, even in China, which, even with a complete reboot, will face enormous sales problems.

It is hardly worth it now to explain that the consequences of global self-isolation can be much worse than the pandemic itself. But at the same time, the games of the oil kings turn out to be much more dangerous than draconian measures, which apply not so much to the general public as to relatively free enterprise. But not only the prospects for production and uninterrupted gas supplies, but the energy security of Europe and the United States with China, are directly related to oil and gas disassemblies.

Attempts to overstock cheap hydrocarbon raw materials, which the two countries made with the start of a large anti-virus campaign, gave them, in fact, only one thing - immediate benefits. In the long run, this benefit does not cost anything, especially since it will be necessary to launch the flywheel of the global economy, regardless of who benefits from the global redistribution undertaken by someone.

One would like to repeat the famous words of Admiral Makarov, carved on the pedestal of his monument in Kronstadt: “Remember the war!” Today, a truly world war has been unfolded. No nuclear weaponswithout fronts and fleets, we can even say that without armies, although law enforcement officers were given a carte blanche that they did not dream of. Under no circumstances and emergency. 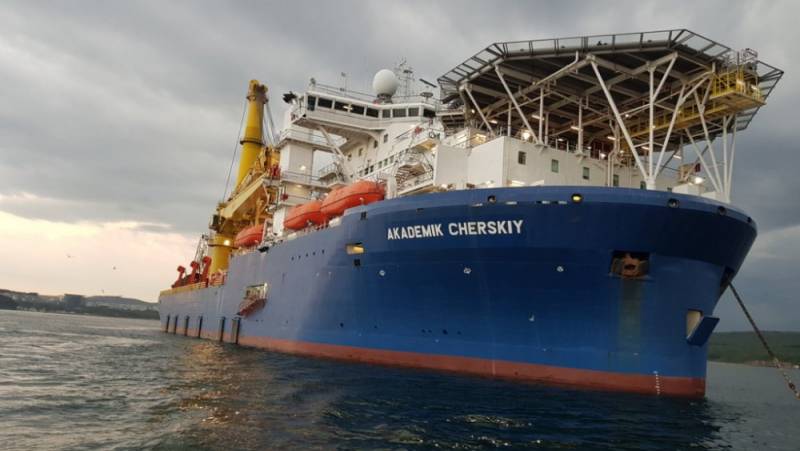 Recall again: oil and gas come in one bundle. And does one of the uninitiated imagine where the Akademik Chersky pipe-laying machine is now located? These days, when all the media are jammed with viral the news, only scouts and industry experts can find information about it. But, alas, neither one nor the other has a special need for this.

Nevertheless, just for the uninitiated - the latest information from the Marine Traffic navigation portal, dated 11:57 Moscow time on April 6. The Akademik Chersky pipe layer has changed the waypoint from Pointe Noire in the Congo to Las Palmas in Spain. According to the portal, the ship plans to arrive there on April 18.

In fact, it’s clear that the ship will eventually reach the Baltic. And the specialists of the Russian Gazprom, together with foreign partners, will certainly complete Nord Stream 2. But not in a hurry, and without tantrums and tough confrontation with the same States. As the saying goes, the provision is binding. The gas war is being postponed; the “war” on a completely different scale is on the agenda.

Today, there are already all signs that oil prices in any case will not be allowed to "go into the red" for a long time. The latter should be left to the bitter headlines of colleagues in the media. Futures, that is, contracts with a fixed price for the future, aim to increase.

Although for us in Russia, with a largely self-sufficient economy, it is hardly worth looking at oil quotes for any reason. Nevertheless, sooner or later, even with oil and gas, everything will be fine. Not completely, but certainly for a long time. The periods of normal life, by definition, still remain longer than the great wars and crises.

“If there wasn’t a virus, it had to be invented.” Do not you think that this was said precisely about what is happening today before our eyes? At least, the oil kings, behind whom gas emperors modestly attached themselves, do not really hide the desire to take convincing revenge from financiers, ecologists and representatives of the digital industry.

However, while they are still engaged in a showdown with each other. And even if local crises and wars never stop. We are not used to it. Oil prices, as soon as the pandemic disappears, will immediately return from the dungeon, but will not return to the skies.

It’s a paradox, but even shale projects in the USA will certainly not be allowed to die. Is it worth explaining that the latest statement by Donald Trump sounded to the applause of the US oil lobby? In many respects, everything that we observe today is because the prospects for the extractive industries have become increasingly dubious with each passing year. Without any virus and without any pandemic.

The leaders of the world oil and gas complex seem to have learned to agree among themselves, as evidenced by the same deals with pluses. At the same time, the “shale” Americans are still trying to play some kind of independence, although such games seem to be about to end. 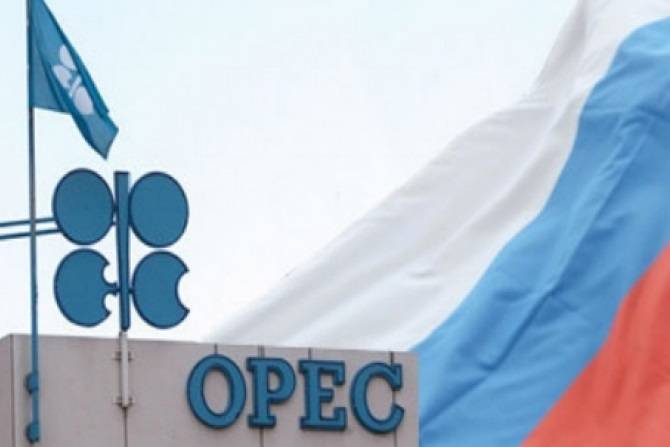 At the same time, Russia can be considered a weak link in a series of agreements with OPEC, as it has more than other difficulties with the realization of good intentions to reduce production levels. And technological, and geographical, and logistics, and even political, Syria alone is worth something, and in Libya, too, the Russians are again not in the lead.

The Russian oil industry now urgently needs not only to save unprofitable wells, but also to prepare for their launch, and the princes from Riyadh need free hands in the same OPEC. In negotiations with the United States, of course, there can be no talk of any freedom of hands, and therefore we have to maneuver on another front. Russia was just on it, besides, it was negotiable for a long time, but on March 6, 2020 it took and rebelled.

It immediately became clear to many that Russia began a hard divorce from OPEC only because it did not want to give its market share to those who did not participate in the OPEC + deal. Indeed, in addition to the United States, by and large, Mexico and Brazil could not be drawn into it either. Now it seems to succeed.

It remains only to add that Donald Trump also managed to declare that he did not give promises to reduce oil production by the United States in order to raise prices during negotiations with Russia and Saudi Arabia. But this did not stop him from recognizing that low prices cause serious damage to the American oil industry. Trump has repeatedly stated that he does not doubt the successful outcome of negotiations with Moscow and Riad to reduce oil production. So let's wait until Thursday.

Ctrl Enter
Noticed a mistake Highlight text and press. Ctrl + Enter
We are
Results of the week. "God forbid to see Russian revolt, senseless and merciless!"Bashar al-Assad: In Syria, not the “revolution” that the enemies are talking about, but the revolution of the army and the people against terrorists
154 comments
Information
Dear reader, to leave comments on the publication, you must to register.