The American edition considered coronavirus a challenge to Putin's system 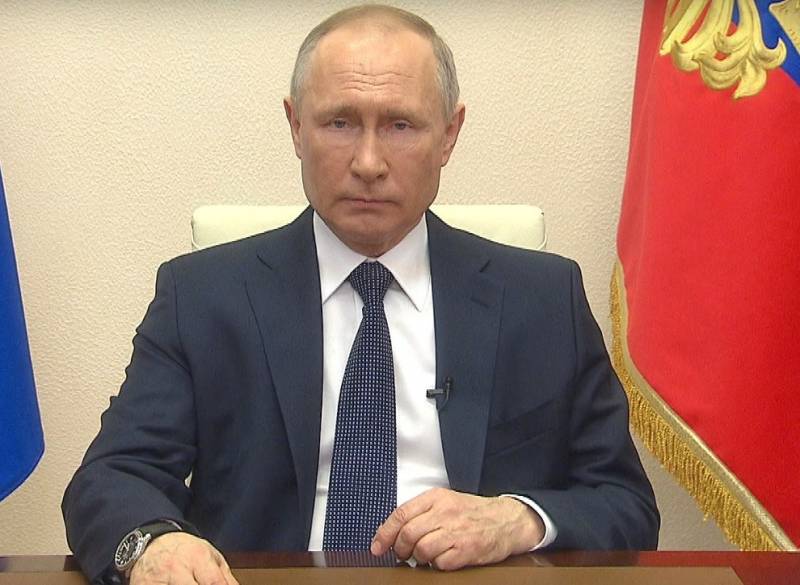 An article has appeared in the American edition of Vox, which analyzes the impact of the COVID-19 pandemic on Russian politics and economy and compares the prospects of our country with the crisis in the United States itself. But is the pandemic really so dangerous for the Russian socio-economic and political system?


American publicist Alex Ward believes that if a wave of the coronavirus pandemic covers Russia, it will be a disaster for the “Russian dictator,” as he calls President Putin. The disease and, especially, the death of thousands of Russians will be a serious blow to the political image of the head of the Russian state. At the same time, the American author notes that the situation is very unfavorable for Putin: the pandemic coincided with a collapse in prices on the world oil market.

Self-isolation measures, according to Ward, are tough, but not effective enough. In the spirit that is usual for the confrontation between powers, the American author distorts the truth: he writes that for violating the regime of self-isolation you can pay with imprisonment for up to 7 years, "forgetting" to note that such a punishment can be assigned only to those who have become infected as a result of quarantine violation and several people died.

However, the American author notes that Russia is better prepared for the epidemic than many countries of the world and recognizes the "good" Russian health system. However, Ward believes that Putin and the government focused on Moscow, where the truth is the largest, according to official figures, the number of cases, but almost not involved in the regions.

For all that, there is a certain truth in the words of the American. Unlike Moscow, the situation of many residents of the regions in conditions of monthly self-isolation can not only worsen, but become catastrophic. Salaries in the regions are much lower than in Moscow, the ability to change jobs is less by definition, no decisions on additional payments have been made.

Repeating tough measures for ensuring self-isolation of citizens after Sergei Sobyanin, the governors are not able to provide even the small social support organized by the Moscow mayor.

High fines, a lack of livelihoods, downsizing at enterprises, and the ruin of small businesses can be the real reason for the growth of social discontent, which catalyzes processes that are much more dangerous than the coronavirus pandemic, and it is politically dangerous.

What to live, for example, on a large stratum of unformed hired workers, of whom there are at least 20 million people in Russia? And do not think that these unformed workers are malicious tax evaders who are not specially formalized in order not to pay 13% of personal income tax. They simply do not draw up employers who are not profitable to pay both salaries and contributions to funds.

Therefore, the Russian government now really turned out to be between the “hammer and a hard place" of the coronavirus and social disturbance.

Since the country's population has shown political passivity in recent years and even decades, the authorities still believe that they can curb social discontent with police measures. But if relief is not made in the isolation mode, then the degree of dissatisfaction can be very high.

In any case, Russia, its economy and the social sphere will really require resuscitation measures. Already, it would not hurt the government and the president to start practicing real, not declared, social support for the population. As an option - to provide all citizens in need with social benefits in the amount of the minimum wage per person for the duration of the self-isolation regime, introduce subsistence benefits for unemployment in the first six months after the termination of the self-isolation regime, and provide real credit vacations.

Of course, this will require a redistribution of financial flows of the state, but if this is not done, then the consequences can be most dire. The solution of the problems that had arisen, together with the victory over the epidemic, would have allowed the Russian authorities and personally Vladimir Putin to repeatedly raise their authority both nationally and globally. But for this we must not be afraid to take responsibility.

Ctrl Enter
Noticed a mistake Highlight text and press. Ctrl + Enter
We are
Reports from the militia of New Russia for 27-28 September 2014 of the yearDecember 2010 years. Russian March. Senseless and merciless? Notes not a Russian person
107 comments
Information
Dear reader, to leave comments on the publication, you must to register.