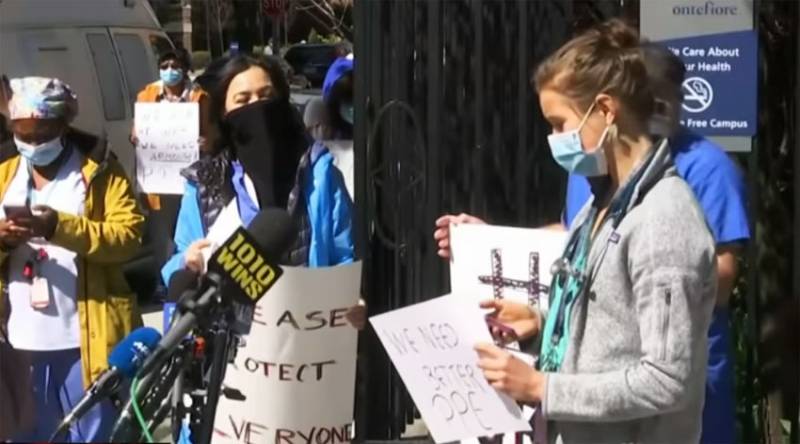 Today, no one is ignoring the coronavirus pandemic and the information background around it, and Agitprop by Konstantin Semin has not bypassed.


At the beginning of the video, a famous military photo is shown, which shows a soldier carrying a donkey. It was necessary to carry a donkey in order to minimize the likelihood of undermining in the minefield due to the wandering of the animal. The plot notes that even in today's crisis - to limit the "wandering".

The material contains the statements of various people who believe that a pandemic is a “scam of 2020”. Some are sure that behind the reports on the new coronavirus there is a world behind the scenes in the person of a kind of “secret world government”. Others suggest that there is no single coronavirus pandemic at all. Among those who expressed this kind of opinion and who were included in the “gray list” of “Agitprop” - Colonel Kvachkov.

Semin cites comments on social networks, where he himself is accused by individual users of inflating the information bubble on the issue of the coronavirus pandemic.

The whole plot is based on the fact that two camps have formed in the world. In one of them, everyone is confident in the terrible consequences of COVID-19 for humanity, in the good of self-isolation and quarantine. Another is that there is no COVID-19 epidemic, or that this epidemic is no worse than the seasonal flu epidemic. At the same time, the Agitprop video notes the facts testifying to the arrival of a new economic crisis.

Ctrl Enter
Noticed a mistake Highlight text and press. Ctrl + Enter
We are
French propaganda and information warfare before the 1812 campaign of the yearJune 1 - Memorial Day of Grand Duke Dmitry Donskoy
60 comments
Information
Dear reader, to leave comments on the publication, you must to register.