Stocks for the "rainy day": "bins of the motherland" for millions of Russians 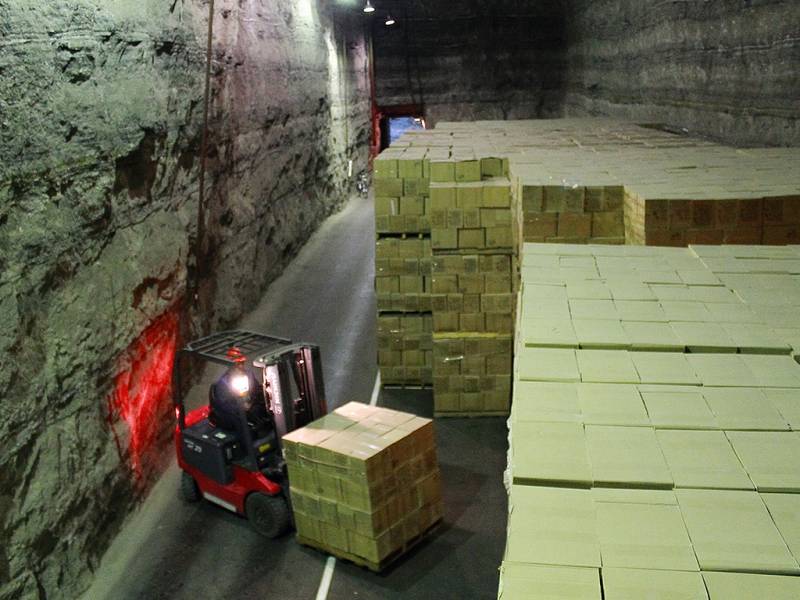 Against the background of the well-known events of many of our fellow citizens, the question more and more often begins to worry: what if the notorious “rainy day” still arrives? Will the population’s needs, at least for their daily bread, be able to be provided by the state at the expense of those mysterious but well-known reserves that were intended for such a case? This, of course, is about strategic reserves held by the Federal Reserve.


First of all, one must understand that no one really knows any list of everything that is in the notorious “bins of the Motherland”, nor their true size, except for the circle of so-called initiates. The rest of the people, even those directly involved in the most important task of creating and saving these very strategic reserves, possess information exclusively within the scope of their own official powers. Information such as a complete list of storage facilities (in the Rosrezerv itself they are called combines), their actual location, as well as the specific quantity and nomenclature of everything that is hidden in their bowels are a state secret.

Obviously, it is precisely because of this that a wide variety of rumors and doubts are circulating among the people as to whether the strategic food supply is really a “lifeline” that can prevent hunger in the country even under the most adverse circumstances, or whether it is not worth hoping for it. With the most common misconceptions, such as: “Yes, there’s nothing there a long time ago, they all stole, they all sold out!”, “Reserves are a drop in the bucket, and there are so many people!”, “The products that are stored there are one hundred years old. We will poison everything! ”,“ In which case, these warehouses will be looted at the moment. ” We won’t get anything, ”we’ll try to figure it out now.

The panic version of the "empty warehouses" of reality does not correspond completely. It is often based on rumors that appear from time to time that somewhere and someone allegedly sells "all-purpose reserves from the Federal Reserve". As a rule, all these canned goods and other products have nothing to do with the strategic supply of a real relationship - cunning manufacturers and sellers thus try to gain a price by using the conviction of our citizens that only the highest quality products are laid for long-term storage. And this, by the way, is the true truth. So, food poisoning can be earned much sooner from purchases from the nearest stall, but without tasting “strategic” food. What can I say if a special research institute for the storage of Rosrezerv is working on quality checks of foodstuffs procured for future use and on improving their methods of saving!

Rosrezerv's food stocks are periodically subject to rotation in connection with the expiration of storage periods. So even if someone managed to hold in their hands something that emerged from the bowels of secret depots, this is by no means evidence of their devastation. Instead of seized products, new ones are immediately laid. At the same time, the nomenclature of food stocks is gradually changing, becoming more modern and more perfect. Several years ago, for example, they refused to store various cereals with meat. But the main products from those categories that, in principle, can withstand long-term storage - cereals, sugar, tea, coffee, butter, meat, egg powder, powdered and condensed milk, jams and many other items are in stock. The best evidence that the “granaries of the Motherland” is not empty at all is the food supplies that were delivered from them to the Far East after the floods that hit it in 2013.

Regarding the looting of top secret factories - this is for domestic science fiction writers working in the genre of "post-apocalypse." All storage facilities are not only reliably protected from prying eyes, but also are properly protected. Well, and how realistic it is to storm the objects built and fortified in order to withstand the conditions of total nuclear war - judge for yourself. The reserves hidden in the bowels of the enormous size of warehouses, often buried a hundred or two meters underground, are not only large - they are huge. I repeat, no one knows the exact numbers, but on the assumption that surviving on these supplies in the worst case was supposed to be a “nuclear winter” - they will definitely block temporary difficulties after a pandemic (if at all in the current situation), even for millions .

Well, and another misconception: “They won’t give people anything out of there, they will keep it further” ... According to the current legislation of Russia, the state material reserve is intended not only to provide mobilization needs and overcome the consequences of natural disasters and catastrophes, but also in any other crisis situation requiring economic stabilization due to disruptions in the supply of critical resources, especially food. Moreover, it can also be used to regulate the market (as it was in 2013, in 2011 during the panic “take-off” of sugar prices and in a number of other cases).

The state reserve is intended for:

ensuring the mobilization needs of the Russian Federation;
providing urgent work in emergency response;
providing state support to various sectors of the economy, organizations, constituent entities of the Russian Federation in order to stabilize the economy in case of temporary disruptions in the supply of the most important types of raw materials and fuel and energy resources, food in the event of imbalances between supply and demand in the domestic market;
humanitarian assistance;
providing regulatory impact on the market;
providing measures for the prevention or localization of epidemics, epizootics and radiation contamination.
On March 30, 2020, the head of Rosrezerv Dmitry Gogin noted that Rosrezerv is working on high alert.

If the Government makes a decision on the release of goods from the state material reserve, the Rosrezerva combines will carry out loading operations around the clock. The system has gained considerable experience in organizing the operational shipment of material assets necessary to provide support to the population in various emergencies.
So you can not worry - the famous "Rosrezervovskaya" stew from the "bins of the motherland" in which case is enough for a long time. Although, of course, it would be better to do without "if something happens" ...

Ctrl Enter
Noticed a mistake Highlight text and press. Ctrl + Enter
We are
Situational analysis of the death of the MH17 flight (Malaysian Boeing 777), made on the basis of engineering analysis from 15.08.2014Results of the week. "God forbid to see Russian revolt, senseless and merciless!"
173 comments
Information
Dear reader, to leave comments on the publication, you must to register.