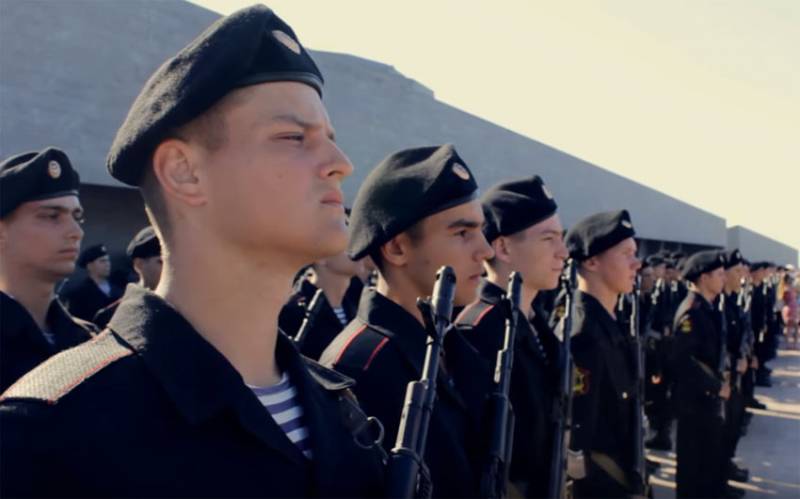 
Kiev is “worried” that about 3300 people will be called up for service in the power structures of the Russian Federation on the territory of the Crimean Peninsula, which the Ministry of Foreign Affairs of Ukraine persistently calls the “Autonomous Republic of Crimea”.

From the statement of the Ministry of Foreign Affairs of Ukraine:

What is especially cynical, it is expected that most of them will take place outside the Crimean peninsula, in particular in the Southern Military District, whose military units and command are directly involved in the implementation of armed aggression against Ukraine in the Donbass.
What exactly is “expected” is not reported in the press service of the Ukrainian ministry. But once again they say that the call for Russian service in the Crimea and Sevastopol is "a gross violation of international humanitarian law." Ukrainian Foreign Ministry demanded to cancel the call.

In any case, there is only one answer to all these tirades of the Ukrainian ministry: based on the will of the people, Crimea and Sevastopol have been an integral part of the Russian Federation since 2014, and therefore the Ukrainian authorities can keep all their concerns and “strong protests” with them.
Ctrl Enter
Noticed a mistake Highlight text and press. Ctrl + Enter
We are
Reports from the militia of New Russia for 27-28 September 2014 of the yearInterview of Vladimir Putin with Radio Europe-1 and TF1
114 comments
Information
Dear reader, to leave comments on the publication, you must to register.