Sweden without quarantine: the country's chief epidemiologist spoke about the situation 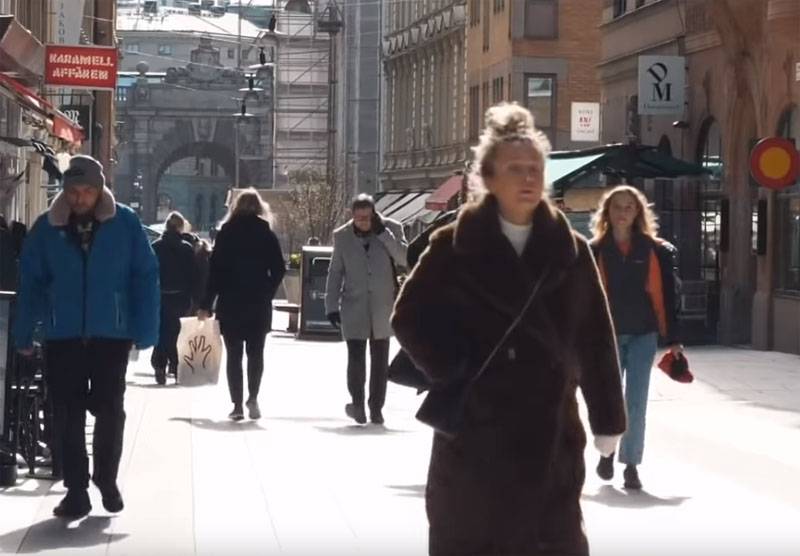 Sweden continues to be one of the few countries in the world where the authorities decided at the moment not to introduce harsh isolation measures and quarantine in connection with the situation of coronavirus. Cafes and restaurants continue to operate in Sweden, parks and squares are open, and free movement through the streets is allowed.


In this regard, the Swedish statistics on COVID-19 is noteworthy. In addition, in a number of European countries they express frank bewilderment of Stockholm's "solidarity". So, a journalist from Norway, neighboring Sweden, Oisten Bogen, notes that the editorial board did not recommend him a visit to Sweden.

The situation with the new coronavirus and the measures taken was commented on by the country's main state epidemiologist Anders Tegnell. According to Tegnell, to date, 7206 cases of COVID-19 infection have been confirmed in Sweden. According to this indicator, the kingdom is in 19th place in the world.

According to Tegnell, the state epidemiological service assesses the situation using the seasonal flu incidence curve. In other words, they are not yet intent on sharing the disease in the Swedish service.

We can say that our biggest problem now is that we got an infection in a large number of elderly people, mainly in Stockholm. This is the reason that the mortality rate is relatively high.
At the same time, the chief epidemiologist of Sweden notes that at the moment, for older people who feel unwell, it is important to stay at home and observe personal hygiene rules.

In the Swedish edition of Svenska Dagbladet, Tegnell's statement cites some problems with testing the disease. According to him, with the tests that are available today, it is almost pointless to test people without symptoms.

Recall that earlier French scientists who studied biomaterials of the first patients with coronavirus in France (and these were five Chinese citizens), also noted that the test on only one sample of the biomaterial in most cases will not show anything. It was noted that a comprehensive test was needed: a blood test, samples of the mucous membrane from the nasopharynx, as well as feces and urine tests.

A Swedish newspaper noted that Sweden’s state epidemiologist was unable to unequivocally comment on the WHO statement that coronavirus can be transmitted by airborne droplets.

Moreover, in Sweden itself, opinions regarding the situation and the actions of the authorities were divided. Some urge to immediately take advantage of the experience of China and prohibit any movement. Others argue with them, stating that if everything was "very bad and uncontrollable," then in Sweden, where there is no quarantine, by this time much more than 477 people would have died.
Ctrl Enter

We are in Yandex Zen
The State Duma approved the law on criminal liability for violation of quarantine
In Ukraine, the call for military service in the Armed Forces of Ukraine is suspended
186 comments
Information
Dear reader, to leave comments on the publication, you must to register.