As if other diseases after the arrival of coronavirus ceased to exist ... 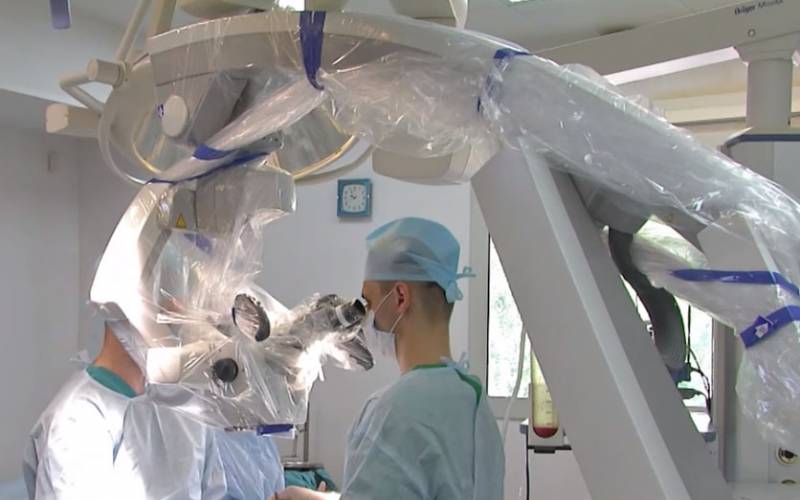 The front pages of the vast majority of newspapers and magazines, television news are devoted to almost the only topic - the new coronavirus. From India to France, from Poland to the United States and Canada, a pandemic is claimed that claims thousands of lives around the world. Media reports that the number of cases exceeded 1,2 million, the number of deaths is close to 70 thousand.


Against this background, statements and reports often appear that carry certain notes of strangeness. For example, issues and stories that tell about the reprofiling of various departments of clinics in one country or another of the world for infectious diseases, about transferring there doctors who, due to their specialization, were engaged in other areas of medical activity - surgery, orthopedics, etc. They tell about the suspension of admission to Dental clinics - "Reception only in emergency cases because of the danger of the spread of a new type of coronavirus."

In reports from the USA, the “freezing” van with the bodies of those who died from the coronavirus has been shown for many days, and all the other dead in the same multimillion-dollar New York, judging by the same reports, either are not buried at all, or, as usual, they just bury the media before they have nothing to do. Just think, a hundred died from a heart attack or gastrointestinal tract diseases ... if only from a virus ... then they would show and tell.

If you carefully look at the broadcast information, you get the impression that in the world all other diseases, except COVID-19, suddenly ceased to exist. As if the whole world was cured of everything and everything. It would seem that the entire medical system is now exclusively occupied with the fight against coronavirus, and heart and vascular diseases, diabetes, malaria, oncology, tuberculosis will "wait."

No less strange are the appeals from the television screen to thank the doctors for confronting the pandemic. That is, those who urge to do this, acknowledges that earlier it was impossible for them to express gratitude to the doctors, incredible ... For the fight against the same diabetes mellitus, tuberculosis, HIV-AIDS, and oncology, which doctors do without "sharp reports with places of events ”, no need to give thanks? Because many doctors, nurses, orderlies, paramedics often saved people for more than modest salaries every day until the news of the coronavirus and will do it afterwards, do you also need to thank them? So what? ..

Even in the reports, individuals suddenly saw that doctors, it turns out, can work 11-13 hours a day, have dinner in workrooms, and not enough sleep. "Well no ... It can't be like that ..."

One gets the impression that all those preparing such subjects seriously believed that this became possible only after the arrival of a new coronavirus in our sinful world. Prior to this, all doctors, without exception, allegedly worked strictly from 8 to 17 with a lunch break in a specialized dining room, and all patients were extremely ungrateful, because “thanks for what if there was no COVID-19” ... Well, not for the cure from "ordinary" pneumonia ...

What is this strange approach to people of a truly significant profession, whose work the situation depends not only on when they remember about it on the central channels ...

We are in Yandex Zen
About Stalin and Khrushchev
What you didn't want to know about England
162 comments
Information
Dear reader, to leave comments on the publication, you must to register.