Shale oil: it will not miss its place in the market 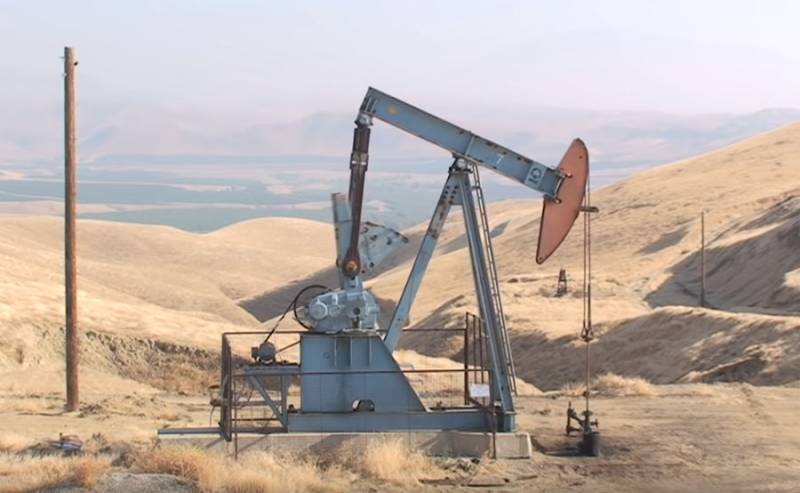 Another large American company, Whiting Petroleum, specializing in the production of shale oil, announced the start of bankruptcy proceedings. Immediately after this, the company's shares fell in price by 45%.

Through mergers and acquisitions

The news agency report triggered a new wave of comments about the decline of the “shale era” in the United States. Some experts even agreed that "Saudi Arabia and Russia destroyed the American shale."

Such estimates arise quite often. In some ways, they resemble long-term forecasts of the collapse of the American dollar, which is still alive and rules the world.

So with shale oil. Her история typical of American capitalism. There, as usual, new business niches are actively occupied by small (often family) companies. They create a boom and high interest in the topic. After the first crisis, the pioneers of the niche go bankrupt. Their place through mergers and acquisitions is occupied by other players. Now the turn has already reached the large - Whiting Petroleum.

What will happen to her? It is important to understand the difference between bankruptcy of companies in Russia and the United States. In our country, this process is left to the mercy of the arbitration manager appointed by the court, who, as a rule, sells the assets and property of companies for settlement with lenders ranked by rank.

In America, the approach is different. Here, in the first place, the financial recovery of the company by freezing or restructuring debts, or selling a bankrupt company along with its debts to more successful business players.

The first blow to the shale fell on the financial crisis of 2008-2009. Then the number of drilling rigs fell from 1800 to 300. Due to the high cost of oil production (up to $ 80), “owners of one well” left, as the local media called pioneers of oil shale. Their place was taken by a wealthier business, which generally survived the crisis of falling prices in 2014 and raised the production of shale oil from 1 million barrels per day to 6,2 million last year.

By the way, this result was provided by only 900 drilling rigs, which speaks of the new quality of technologies and the capabilities of large oil companies that have entered shale fields. Today we see here such transnational giants as ExxonMobil, Chevron, Royal Dutch Shell, British Petroleum, acting directly or through their "subsidiaries" (BP).

According to expert estimates, multinational companies already control up to 40% of America’s shale oil fields and continue to expand their holdings. Last spring, Chevron for $ 33 billion was about to buy Anadarko Petroleum, an embarrassing company, such a decent asset, with projects not only in the US shale fields, but also in Mozambique, Algeria, Colombia and other countries.

However, Chevron was ahead of another company known to us from Soviet times by billionaire Armand Hammer, the company Occidental Petroleum. She acquired Anadarko for $ 38 billion (taking into account debt - $ 57 billion) and thereby confirmed how liquid the shale assets of America are.

This is also evident from the way it aimed at the local ExxonMobil deposits. Last year, she sold her assets in Norway and put up for sale assets in Azerbaijan, Malaysia, Thailand, Vietnam, Indonesia and Australia.

Exxon plans to invest the proceeds in shale projects. She does this not out of high patriotic feelings, but solely for the sake of self-interest. The company has already achieved a 10% profitability of shale production with an oil price of $ 40 per barrel and said that in the coming years it will bring the cost of oil from oil shale to $ 15 (as in its Middle Eastern fields). And they already have $ 20 today on parts of oil fields with uncomplicated geology.

How to destroy the myth of expensive oil shale

It turns out that now American companies depend on oil prices no more than their counterparts from other countries. Now they are ready to equal the cost of Middle Eastern deposits. More advanced mining technologies and improved logistics will help them.

In particular, the extracted oil will no longer be transported by transport, but will be moved through pipelines. Last year, four strands of pipe already stretched from fields to oil hubs. Their capacity is 2,4 million barrels per day. In 2020, they intend to launch pipelines for another 2,1 million barrels. Now that the price of oil has fallen and weak companies have staggered, it's time for transnational giants to expand on shales.

They already did this in 2016. Then the prices also went to a minimum. Oil-saving countries, saving the situation, agreed to reduce daily production by 1,8 million barrels and concluded an OPEC + cartel agreement.

The Americans did not reduce anything, but took advantage of the increased price and, conversely, increased production. So much so that already in 2017 they exceeded the cartel quota. In 2018, their growth was already 2,1 million barrels per day, in 2019 - 1,75 million.

It follows that the current drop in oil prices is caused not only by the pandemic, the disputes of Arabia with Russia, but also by large volumes of production in America, which, taking into account shale and traditional methods, have increased to almost 13 million barrels per day.

Last summer, the United States came out on top in the world in hydrocarbon exports (total sales of oil, gas and gas condensate). Now, without their participation, any cartel agreement loses all meaning.

As for the shale mining, there is no disaster there, and it is too early to “bury" the shale. This is evident from the Whiting Petroleum bankruptcy announcement. She, as stated in an official press release, "intends to begin the process of" financial restructuring. "

“The company has more than $ 585 million on its balance sheet, it will continue to operate normally without interference for suppliers, partners or employees,” the document says. It is very similar to the pre-sale preparation of a company that faced financial difficulties due to accumulated debts.

It turns out that no one is going to hand over drilling rigs for scrap. So the US oil industry does not face the difficulties of individual companies. Unless, of course, oil prices do not remain for years below $ 40 per barrel. But today it does not seem to be beneficial to anyone.

Ctrl Enter
Noticed a mistake Highlight text and press. Ctrl + Enter
We are
“Shale Revolution” devours its childrenBP gives the installation on the economic ills of Russia
95 comments
Information
Dear reader, to leave comments on the publication, you must to register.