"To Berlin!" How was the final blow prepared for the Third Reich 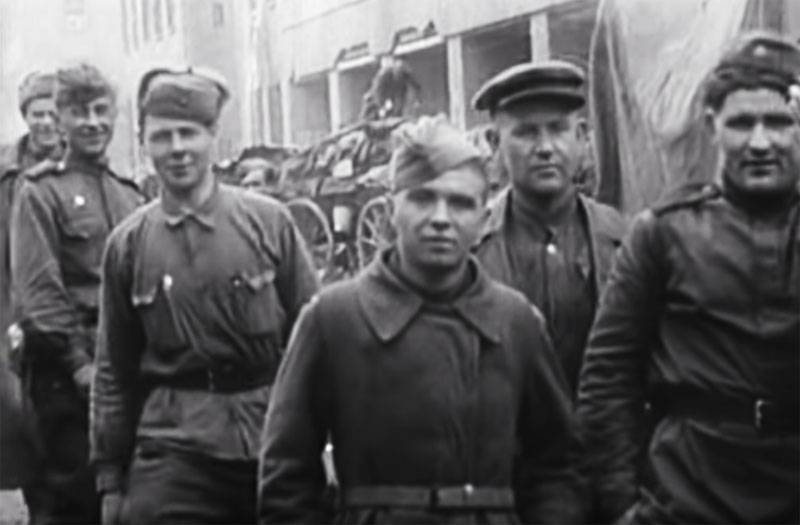 The Berlin offensive operation was not just the “final chord” of the Great Patriotic War, but also one of the most ambitious among its battles. Entire volumes have been written about her, both in the fiction and in the memoir genre; many films have been shot, both documentary and feature. However, to this day, attempts are being made to audit this historical battle, to present it not as an example of military art, but almost as a failure of those who planned and stormed the Nazi den. Well, we will try to give an answer to them.


It must be said that among recently grown large quantities both in the whole world and, alas, in our country, amateurs who apply “new interpretations” to the history of the Great Patriotic War (as a rule, they consist in attempts to belittle the feat and victory of our grandfathers and great-grandfathers), the theme of the Berlin operation is especially popular.

For example, the sect’s witnesses “corpse ruined”, striving to “prove” at all costs that we defeated the Nazis at an “exorbitant price”, proving with foam at the mouth that the capital of the Third Reich ... did not need to be stormed! “They would have surrounded, blocked — the Nazis would have surrendered themselves!” But people would not have died ... ”This is approximately what“ argumentation ”sounds from those who, not being able to command even a detachment, undertake to judge the actions of generals and marshals.

Also, there is “widespread evidence” among the above-mentioned public that there is “reliable evidence” that Zhukov could have taken Berlin in February 1945, with “little blood” and absolutely wild fantasies such as “Stalin intentionally pitted Konev and Zhukov, pushing their foreheads in the Berlin operation. " For the most part, the main essence of the accusations from various “whistleblowers” ​​boils down to taking the city “anyhow, without a plan and strategy”, again paving the way for the victory of “unnecessary” victims. What can be answered?

Of course, the truth. It consists primarily in the fact that the need for the capture of Berlin by the Red Army was best justified by the British Prime Minister (and never a friend of the USSR) Winston Churchill in a letter addressed to US President Franklin Roosevelt. Sir Winston believed that the mastery of the German capital “would give rise to a false impression among the Russians that it was them who made the main contribution to the victory over Nazism,” and this, in turn, “would create very significant and serious problems in the future." Here is a rascal, though a lord! That is, the main role of the USSR in the defeat of the "brown plague" is exaggerated and "erroneous"? Obviously, even then the British prime minister, whose sagacity cannot be denied, foresaw our “we can repeat” ...

Intentions to take Berlin and "meet the Russians as far as possible to the East" were also present at Roosevelt himself, who gave the appropriate orders to his military leaders. Fortunately, most of them turned out to be realistic and soberly assessed the correlation of their own capabilities and the power of the Red Army. Nevertheless, there was no question of any refusal to storm the main enemy lair, as well as attempts to starve him out. Let me remind you, by the time the operation began, the Wehrmacht had more than 220 fully combat-ready divisions and brigades. What siege is this ?! And if we take into account, on the one hand, the desire of the majority of the leaders of the Third Reich to reconcile with the United States and Britain, and on the other, the plans of our “allies” like Operation "The Unthinkable", in which just surrendered should be used as the strike force against the Red Army before the British and Americans the Nazis, then everything could end completely badly. Berlin had to be taken, period!

Rumors about the possibility of taking possession of the city a few months earlier (then it really was not yet so fortified and filled with troops as in April-May) arose from the very real intentions of Georgy Konstantinovich. Fifteen years after the Victory, he was remembered by another more than honored commander, Marshal Vasily Chuykov. Like, Zhukov “slammed” a good moment. In fact, it has long been proven that an attempt to capture Berlin with a “dashing swoop”, having the Wehrmacht Pomeranian group in the north, which subsequently managed to be liquidated with considerable work, would most likely have ended in disaster. So they were already advancing - in 15 near Kharkov and not only there ...

The planning of the Berlin offensive was carried out at the very top and in as thorough a manner as possible. The commanders of the 1st Belorussian and 1st Ukrainian fronts, Marshals Georgy Zhukov and Ivan Konev were summoned to the Headquarters of the Supreme High Command. As far as we know, Stalin met with each of them individually and asked the same question to everyone: “Who should take Berlin - allies or we?” It is clear that the answer that may have sounded in the office of the Supreme was unequivocal. Each of the commanders said that the troops of his front were ready to “finish off the fascist reptile” and were eager for battle as one man. Well, the honorable mission went to both. Not only that, the 2nd Belorussian Front under the command of Konstantin Rokossovsky also participated in the grand blow, inflicted by a colossal “trident” consisting of three enormous groups of the Red Army.

By the way, a lot of gossip to this day is also connected with this moment. Indeed, before the start of the operation, Rokossovsky was removed from the command of the 1st Belorussian and transferred to the 2nd. According to his own recollections, the marshal allowed himself to directly ask the Supreme: “Why such disfavor?” And in response I heard that his site in the upcoming attack is also important. So it’s not opal, but high trust ... All conspiracy theories like “Stalin removed Rokossovsky because Berlin couldn’t take the Pole” or “the Marshal sitting in the camps” are not worth a damn. In the direction of the main blow, Stalin needed commanders who would not go, but literally shove through, sweeping everything and everything in its path. There were no better candidates than Zhukov and Konev.

Zhukov really literally broke into Berlin, overcoming the powerful fortifications erected on the approaches and in the city itself, took possession of the capital, where every house, every street and intersection was turned into a fortress and defended, as a rule, to the last. However, the troops of Konev and Rokossovsky no less brilliantly coped with the tasks assigned to them when planning the operation: the city was reliably blocked both from the north (2nd Belorussian Front) and from the south (1st Ukrainian Front). Not a single attempt to break through to help the battered garrison of the capital (and such were undertaken, moreover, very desperate), was unsuccessful. A significant role in the operation, as planned, was played by the forces of the Dnieper military flotilla and the Baltic Fleet.

There is another fable regarding direct planning for an attack on Berlin. It is connected with the fact that Stalin, personally drawing a dividing line on the map that determined the lines of action of the 1st Belorussian and 1st Ukrainian fronts, suddenly cut it off at Lubben, located 60 kilometers southeast of Berlin. Some people are inclined to see in this the desire of the Supreme “to arrange a race between the marshals”, pushing them to even greater competition. It is difficult to comment on the flight of fantasy, which causes bewilderment ... It would be more logical to assume that Stalin simply stopped due to the fact that the troops had to go on Lubben on the third day of the offensive. And in any case, the disposition would have to be clarified by Stavka - which, incidentally, was subsequently done. The explanation is simply banal. But to write about “bleeding off marshals” is, of course, more attractive ...

Planning and preparation for the last and decisive battle of the Great Patriotic War, the selection of generals and the alignment of forces - all this was carried out at the highest level. And this was proved by the Banner of Victory, raised above the Reichstag in May 1945, unforgettable for all of us.

Ctrl Enter
Noticed a mistake Highlight text and press. Ctrl + Enter
We are
It was in the Donbass. The main drawing of Maria VolkovaThank you for being born!
53 comments
Information
Dear reader, to leave comments on the publication, you must to register.