"Motor Sich", so do not get to anyone 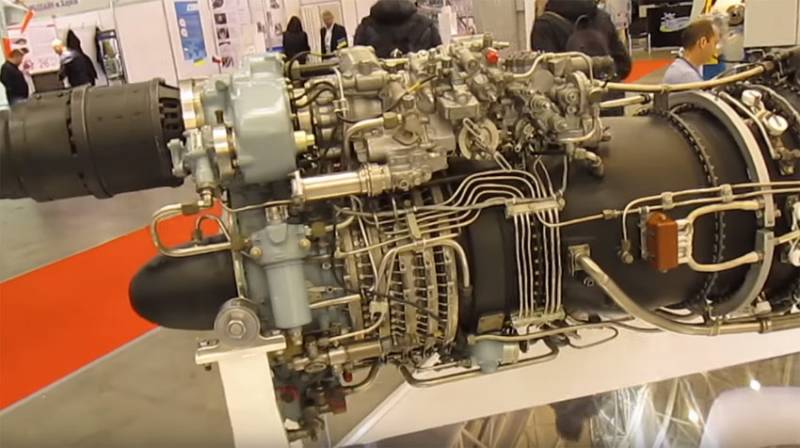 Not so long ago it seemed that confusing история Ukrainian enterprise to create aviation engines "Motor Sich", which has turned into a real commercial detective of international scope, is nearing completion. Dots were placed over the "i", the fate of the plant was decided. However, the crisis that has broken out in the world, it seems, will make its own harsh adjustments and will end more than a century of history of the Zaporozhye plant with a not at all happy ending.


Motor Sich got into the headlines of not only Ukrainian and Russian, but also leading Western media last year, when it became known about the sale of more than 50% of the company’s shares to Chinese companies, including Skyrizon Aircraft Holdings Limited. However, back in 2017, Beijing announced its intention to open a plant for the production of aircraft engines in Chongqing, and it was in partnership with the Zaporizhzhya enterprise. If you believe the Chinese comrades, then the corresponding agreements were reached in 2015.

This date is not accidental: after the state coup in Ukraine in 2014 and the subsequent rupture of economic and trade ties with Russia, Motor Sich was not just in distress, but in a disastrous situation. According to available information, having lost the market of the Russian Federation, engine builders were virtually without work. According to the results of the first half of 2019, the company's net loss amounted to 425,7 million hryvnias, and revenue decreased by more than a third to 1,9 billion hryvnias. According to entrepreneur Vyacheslav Boguslaev, who owned more than 80% of his shares, the only option for him was to close the plant or turn it into a "metal warehouse". And then the Chinese arrived in time ...

There is, however, a suspicion that generous comrades from the Middle Kingdom did not intend to save the dying production far from them in Zaporozhye. The technical documentation of the Ivchenko-Progress state design bureau, which is part of the Ukroboronprom concern and specializes in designing, manufacturing, certification and serial production of gas turbine, is much more interesting than worn-out equipment and long-modernized workshops in Zaporozhye. aviation and other engines. For 15 years, an agreement has been in force, within the framework of which these developers donated (and free of charge) for 60 years to Motor Sich all design and operational documentation for a number of engines for aircraft and helicopters.

It was in connection with this moment that the deal being prepared provoked such a sharp negative reaction from the United States that Ukraine "set the brains" of Ukraine, which had forgotten who was its owner, adopted the highest-ranking US politicians. In August last year, John Bolton, then a national security adviser to Donald Trump, rushed to Kiev personally. At the beginning of this year, for the fidelity, the head of the State Department, Mike Pompeo, also arrived. The sale of the enterprise was actually suspended by the decision of the Antimonopoly Committee, searches began in the company’s offices, the shares were arrested, and Boguslaev was accused of almost sabotage.

The United States, which claimed responsibility for breaking the contract so advantageous for Ukraine, began to look for an alternative buyer, moreover, fearing a new catch, exclusively from among its own citizens. In any case, this is exactly what William Taylor, US Chargé d'Affaires in Ukraine, stated. In the future, the owners of the plant, in particular, read Frontier Services Group, controlled by Eric Prince, the founder of the American PMC Blackwater (currently Academi). Prince himself, as far as is known, at the end of October last year even visited Zaporozhye and visited the enterprise. According to a later version, the American Oriole Capital Group should have become the buyer of Motor Sich. The information seemed quite reliable, since the managing partner of this company, Hussein Musavi, known for his long-standing and strong interest in the Ukrainian aviation industry, not only confirmed it, but also specified that he was working on a future acquisition in close contact with representatives of the State Department and the U.S. Embassy in Ukraine.

Nevertheless, all these intentions were voiced before the United States suffered a severe blow from the coronavirus, causing serious damage to the economy, according to the reports of the Americans themselves. In such a situation, it seems extremely doubtful that the Americans will rush to invest millions in Ukrainian enterprises, rather than prefer to save their own. However, they probably will not give a plant to the Chinese either, acting on the principle described by the classic: “So don’t get to anyone!” Anyway, the last news about "Motor Sich" is a message that the wall and some other "brick structures" collapsed at the enterprise. To eliminate the consequences of an emergency, rescuers had to be involved. It seems that the word "collapse" is beginning to take on a direct meaning for the enterprise.

Ctrl Enter
Noticed a mistake Highlight text and press. Ctrl + Enter
We are
Situational analysis of the death of the MH17 flight (Malaysian Boeing 777), made on the basis of engineering analysis from 15.08.2014Results of the week. “In our cooperative, the board is always agreed”
186 comments
Information
Dear reader, to leave comments on the publication, you must to register.