"For the good of mankind." Doctors of Nazi Germany 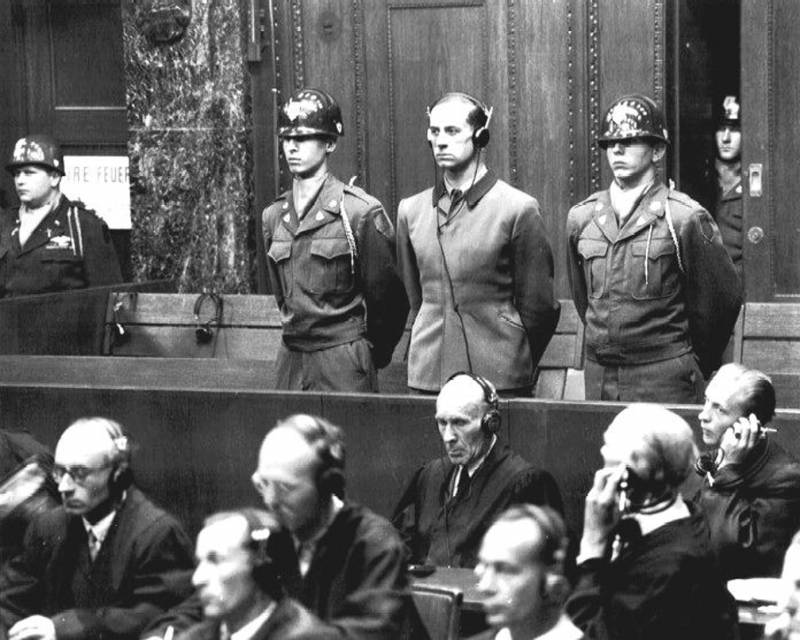 For a full understanding of what is happening in the medical sphere of fascist Germany, it is necessary to get acquainted with some preliminary facts that characterize the medical ethics of that time. Man, as an object of medical research, began to enter medical practice long before the practices of Hitler’s doctors. One of the followers of anti-smallpox inoculation (rubbing pox pustules into the skin, an analogue of vaccination), Mary Worthley Montegru, in 1721 tried the novelty on prisoners. They remained alive and received a ticket to freedom, obviously, also with immunity to deadly smallpox then. Often, death row prisoners were used to solve medical issues, especially when a post-mortem autopsy was required. Suicide bombers had nothing to lose, and they usually agreed to infect themselves in exchange for good conditions and an extension of life. Often, prisoners were not even informed that they briefly became experimental. So, the Dresden parasitologist Friedrich Küchenmeister in 1855 infected several pork tapeworms sentenced to death in a city prison. At that time, their origin was not entirely clear, and the theory that these were larvae of pork tapeworm required practical verification. History says that once during dinner, Küchenmeister discovered cooked pieces of pork with several tapeworms in a plate. Naturally, modern man immediately fainted from such a find, but a seasoned doctor-researcher of the midth century cannot be penetrated with such a trifle. The scientist calmly finished lunch and rushed to the butcher shop, where he bought for the future meat full of worms. 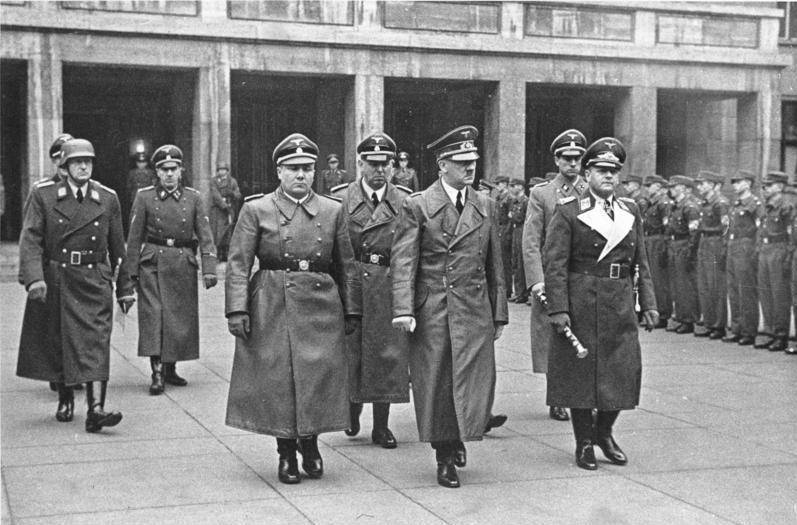 Karl Brandt is on the far right in the second row. Source: en.wikipedia.org
In the first experiment, they managed to feed a suicide bomber with food with cercariae from a butcher’s shop just three days before his death. But even this was enough to confirm the theory: Küchenmeister opened the executed and found in the intestines of young individuals of pork chains. It would seem that the proof is more than sufficient. But five years later, the scientist repeats his experiment on several prisoners and selects a longer period of time - four months before the execution. Here, after the autopsy, the doctor discovered one and a half meter worms of pork tapeworm. The discovery remained with Küchenmeister and was included in all textbooks on medicine and biology. Several contemporaries of the scientist expressed their dissatisfaction with the methods of work and even branded it with a poem in which there were the words "the herbarium is ready to be collected at the mother’s grave".

This is far from the only example of using people as guinea pigs. With medical ethics in Europe has always been difficult. What can we say about the 30-40s, when the Nazis came to power! .. 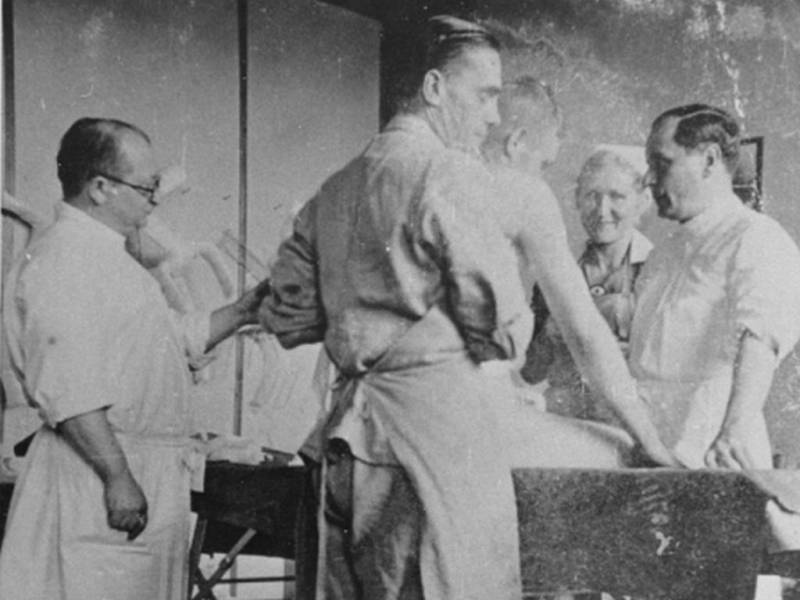 Nazi doctor Karl Klauberg (left) and colleagues are conducting medical experiments on Auschwitz prisoners. Klauberg is notorious for experimenting with sterilizing women by injecting formaldehyde directly into the uterus. After the war he ended up in Soviet captivity, served a sentence, was returned to Germany, where he was again sent to prison. He rotted in custody in 1957. Source: ushmm.org 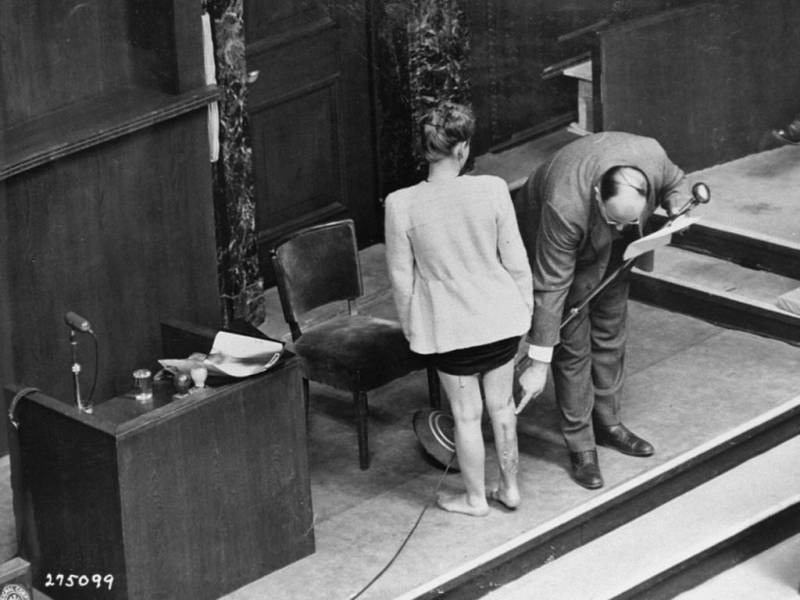 American medical expert Dr. Leo Alexander points to the scars on the leg of Jadwiga Jido. Jido, a member of the Polish underground, was the victim of medical experiments at the Ravensbrück concentration camp. Source: ushmm.org
At the same time, one of the first bills adopted in Germany in 1933 was the ban on vivisection of animals. On August 16, 1933, German Goering proclaimed by radio (a quote from Peter Talantov’s book “0,05. Evidence-Based Medicine from Magic to the Search for Immortality”):

“An absolute and permanent ban on vivisection is a law that is necessary not only to protect animals, but humanity itself needs it ... Until we determine the punishment, violators will go to concentration camps.”
The Germans at that time were the first in the world who legally banned live-cutting for research purposes. In fairness, it is worth saying that a few weeks later at the very beginning of September 1933, Hitler, under the pressure of doctors, nevertheless allowed medical vivisection of animals under anesthesia and for strictly defined purposes. The “humanistic” initiatives of the Third Reich also include general anesthesia of fur-bearing animals before slaughter, new ways to painlessly shoe horses, a ban on boiling live lobsters, and even Himmler's recommendation for senior SS officers (cannibals from cannibals) to be faithful to a vegetarian diet.

Well-known attempts by the Nazis to improve the genetic portrait of the nation by the destruction of "non-people" and mentally disabled citizens. As part of their health care, the Germans, by the way, were the first to find a relationship between the incidence of lung cancer and smoking. Such work of German doctors over time began to lash over the edge and go beyond common sense.

At the end of the last century, the Germans decided to check the origin of the preparations of the anatomical departments of their medical universities - most of them were parts of the body of the mortally mentally ill. That is, they got rid of the famous collection of Jewish skeletons of August Hirt in Strasbourg, but the rest of the “material” was taught anatomy to medical students for another half a century. All this suggests that medicine in the Third Reich received a complete ethical carte blanche - it was possible at the expense of the state to verify its theoretical views and satisfy sadistic inclinations. The only attempt to somehow pay tribute to the murderers in white coats was the Nuremberg trial of the main Nazi doctors, which began on December 9, 1946. All this took place during the year in the American zone of occupation and, of course, the only accusers were judges from the United States - they did not allow any of the allies to proceed. Actually, the court itself was called “the USA against Karl Brandt” - this is one of the twelve small (and little-known) Nuremberg trials that the Americans led individually and which tried lawyers, SS men, German industrialists and senior Wehrmacht officers. 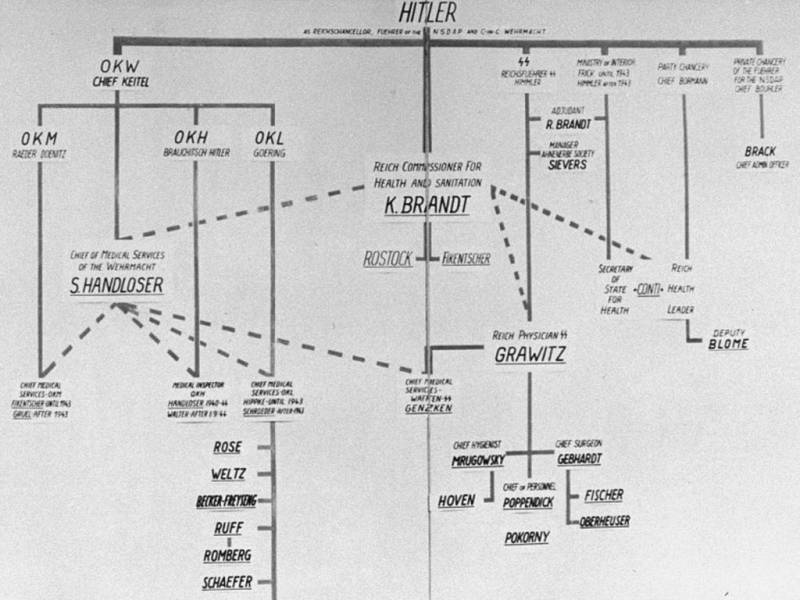 The chart prepared by the prosecutors during the trial of the case of doctors with the placement of the accused in the command structure. Source: ushmm.org
The main defendant in the case of doctors, judging by the name, was Karl Brandt, the first doctor of the Third Reich and Hitler's personal doctor. Since 1939, he led the program for the mentally disabled euthanasia (T4 program), in the framework of which he developed the system of the most effective killing. Brandt initially offered lethal injections of phenol with gasoline, but that was too troublesome in the case of massacres. Therefore, it was decided to switch to Cyclone B gas and gas turbines. Brandt was hanged as a result of the process. A total of 177 doctors passed before the judges, of which seven, including Brandt, were executed. Among them was the doctor Wolfram Sievers, the head of Anenerbe, obsessed with the idea of ​​collecting a collection of skeletons of racially inferior people. They also hanged Victor Braque, one of Karl Brandt’s associates under the T4 program. He, among other things, proposed a conveyor method of castrating people with powerful sources of radiation - unfortunate people of both sexes were brought into a room, where they sat on benches for several minutes under which there were radioactive materials. The problem was not to overdo it with the dose rate and not to leave characteristic burns - after all, the procedure was planned to be hidden. Brandt's namesake Rudolph had nothing to do with medicine (he was Himmler's personal assistant), but his Americans also sent him to the scaffold for complicity in experiments on people in concentration camps. 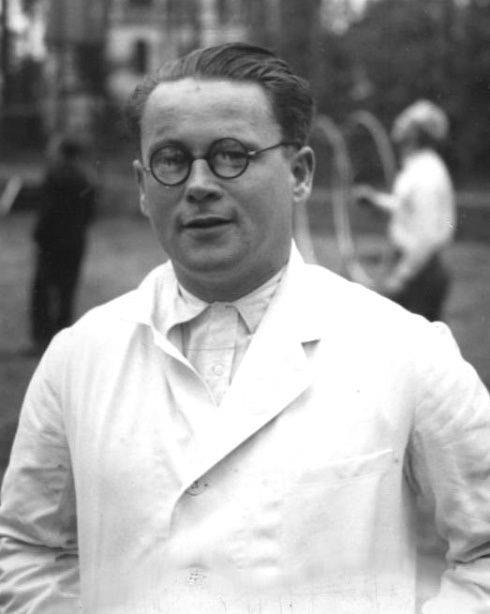 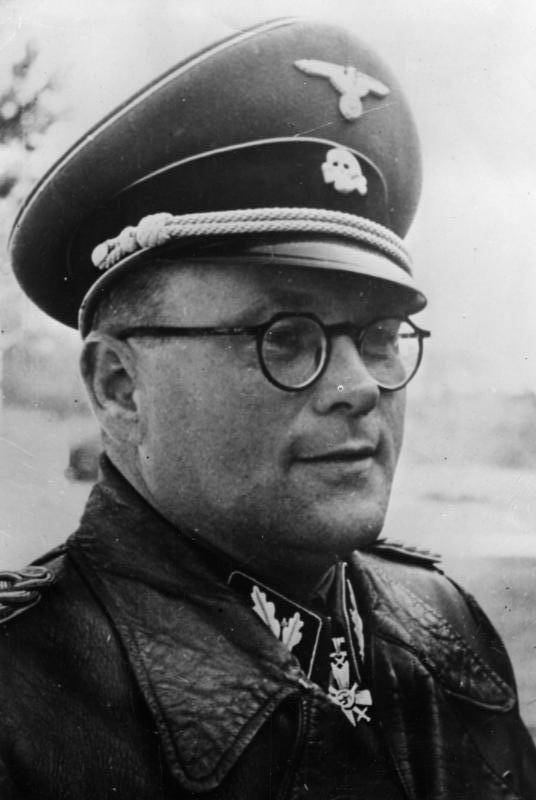 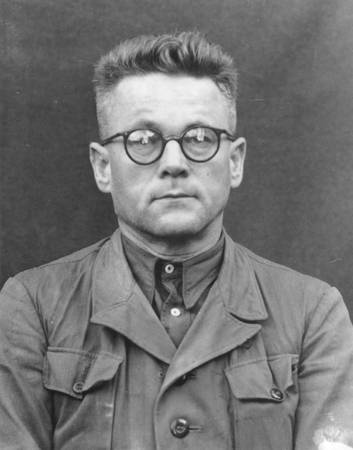 Karl Gebhardt. Source: en.wikipedia.org
The next accused, executed following the trial, was surgeon Karl Gebhardt, Himmler's personal doctor, whose merits include the death of Reinhard Heydrich. After not the most dangerous injury, Gebhardt was treating the official, and senior comrades advised him to inject the newly created antimicrobial sulfonamide drugs to the Nazi. Karl refused, and the Obergruppenführer SS died of blood poisoning. Himmler suggested that his personal doctor answer for his words and prove that sulfonamides are ineffective. For this purpose, women were allocated from Ravensbyuk, who suffered wounds similar to military ones, and then were treated with a new drug. I must say that Gebhardt even tried to give his research an area of ​​science and formed a control group of unhappy women who suffered similar injuries but were not treated with sulfonamides. But what would Himmler have done if his doctor had proved the effectiveness of new antimicrobials? In fear of retribution, Gebhardt did everything to make sulfanilamides a dummy - the control group lived in good conditions (for Ravensbrück, of course), and the experimental group was in complete unsanitary conditions. As a result, the new tool was expectedly useless, and Gebhardt was able to calmly do his favorite thing - amputations of the limbs of prisoners of concentration camps. His inhuman experiments left people with disabilities, and most of them were subsequently killed.

The next on the list of hanged war criminals in Landsberg prison was Joachim Mrugovsky, head of the SS Hygiene Institute and one of the organizers of medical trials in Sachsenhausen. Waldemar Hoven, who worked as chief physician in Buchenwald during the war, was the last to be executed. Actually, for this position, Hoven was worthy of death, but he still managed to infect people with typhus for the purpose of "science", and then he tested vaccines. 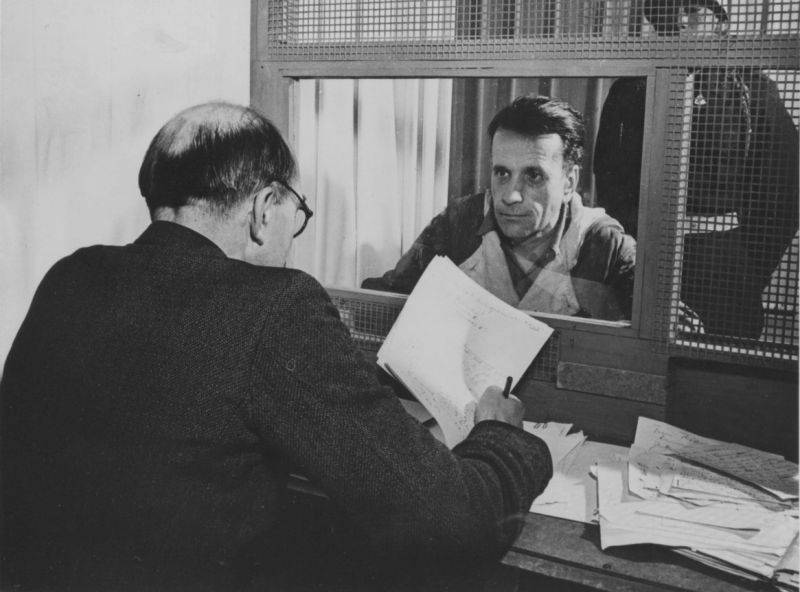 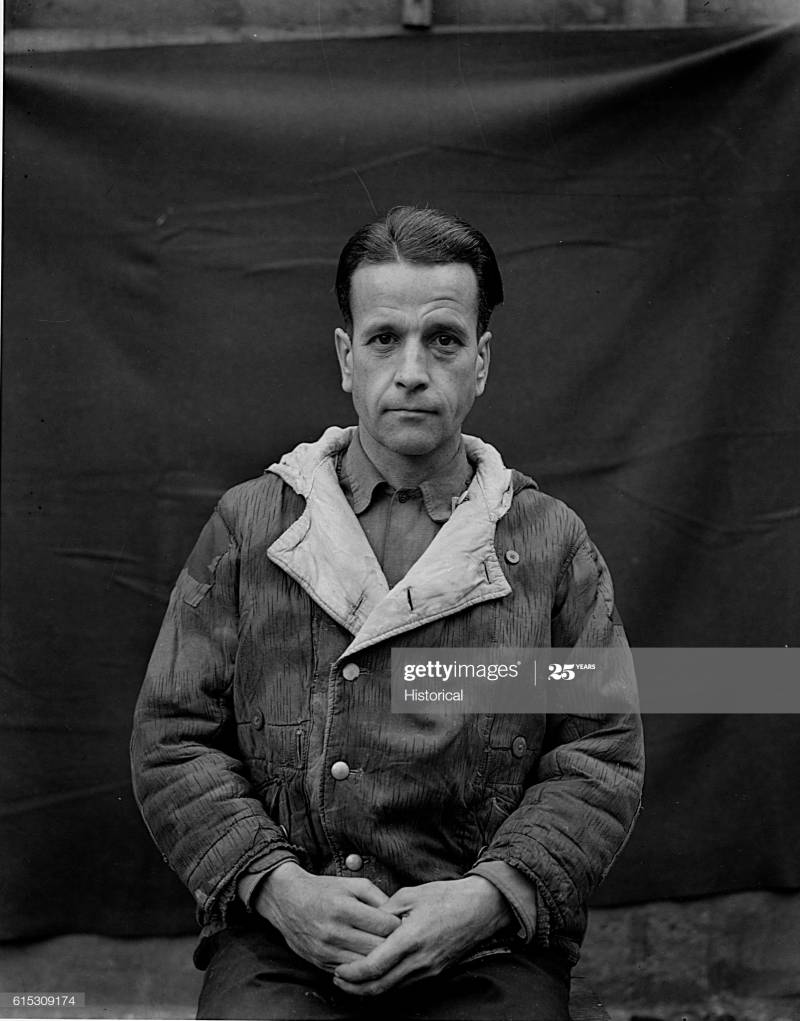 Waldemar Hoven. Source: gettyimages.com
In addition to those executed above, five Hitler doctors were sentenced to life imprisonment, four to various prison terms (from 10 to 20 years), and seven were acquitted. As was often the case with German war criminals, some of them exceeded previously agreed deadlines. So it happened with Hertha Oberheuser, Gebhardt's comrade-in-arms in work on sulfanilamide: she was released after only five years out of twenty laid down. Probably, they took into account her acquittal in court regarding lethal injections for victims of experiments (she allegedly did this in Ravensbrück out of mercy). 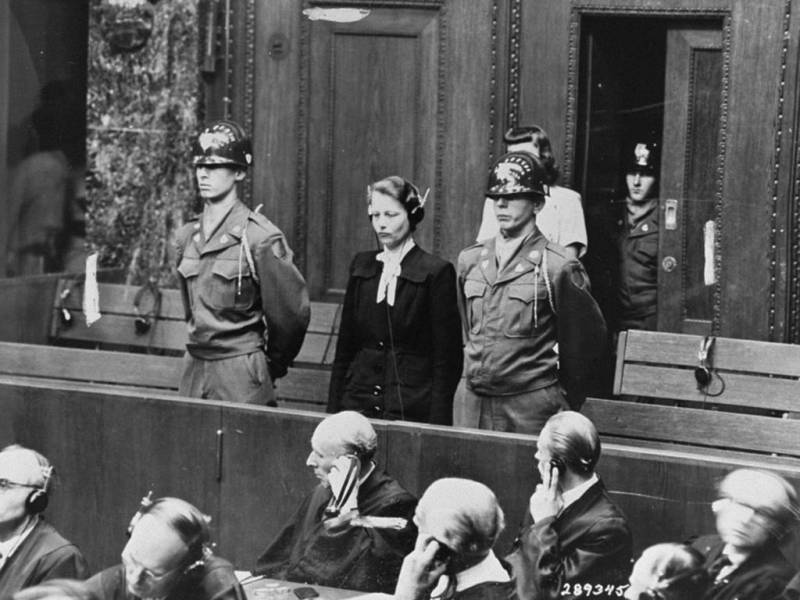 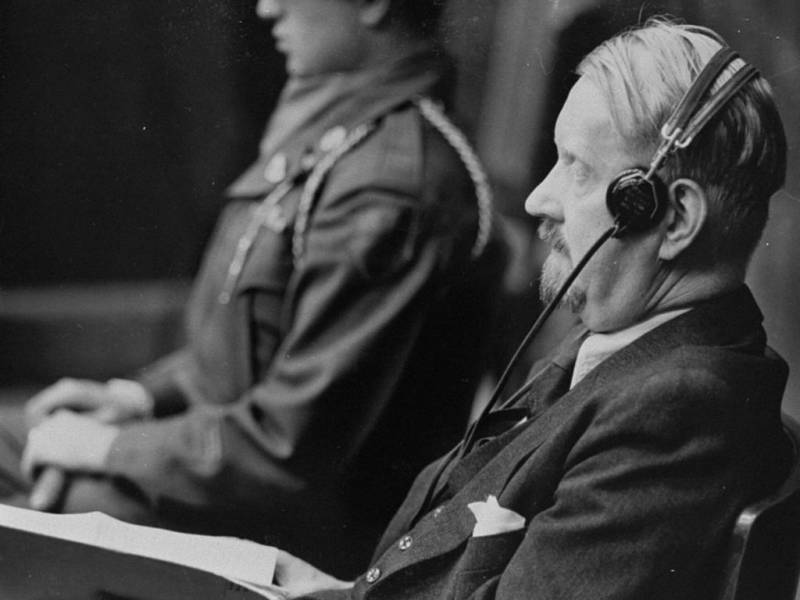 Gerhard Rose. Source: ushmm.org
Most likely, most of the accused could not fully understand why they were being tried at all. An indicative speech was Gerhard Rose, an infectious disease specialist, head of the department of tropical medicine at the Robert Koch Institute, who stained himself by forcibly infecting people with typhoid in the framework of the Luftwaffe projects:

“The subject of personal accusations against me is my attitude to human experiments ordered by the state and carried out by German scientists in the field of typhoid and malaria. Works of this nature had nothing to do with politics or ideology, but served for the benefit of mankind, and these same problems and "needs everywhere can be understood independently of any political ideology, where one should also deal with the dangers of epidemics."
Rosa escaped the death penalty, and in 1977 received a medal of scientific merit in Germany.

We are in Yandex Zen
Chernobyl notebook. Part of 3
Father told
39 comments
Information
Dear reader, to leave comments on the publication, you must to register.