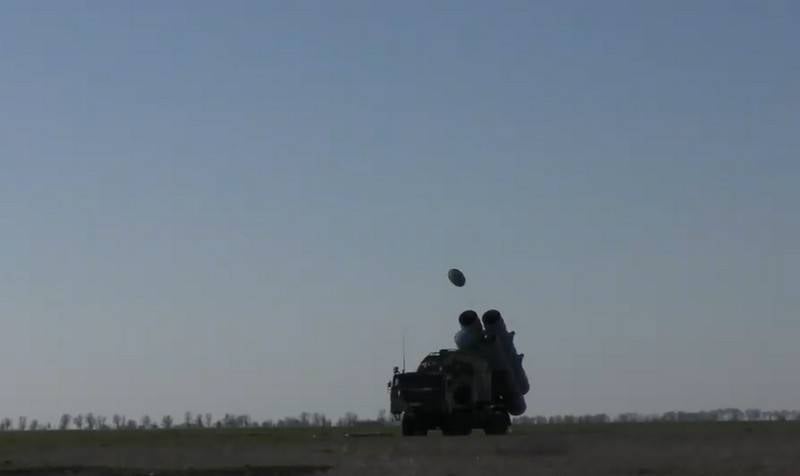 Ukraine has conducted another test of the domestic anti-ship missile Neptune. Shooting took place at the state test site of the Armed Forces of Ukraine "Alibey" in the Odessa region.


According to the Ministry of Defense of Ukraine, on April 2, 2020, the R-360 anti-ship missile was tested for the first time in the Ukrainian anti-ship missile system RK-360MTs "Neptune" with an active homing radar mounted on the missile (ARLGSN). Prior to this, all tests were carried out without a homing head.

According to the developers, during the test, a missile with an inert warhead successfully hit a floating target at a distance of 75 km.

April 2, Ukrainian engineers and designers achieved an outstanding achievement! For the first time in our stories the launch of the Neptune anti-ship missile developed by the Luch Design Bureau with the inclusion of an active radar homing head developed by the Radionics company was completed, and for the first time Neptune detected and hit a target at a marine test range!
- Yuri Butusov wrote on Facebook.

At the same time, it is noted that the tests were carried out within the allocated funding for 2019, for 2020, funds were not allocated for projects to develop the Neptune and Alder-M missiles manufactured by KB Luch. Whether they are included in the budget of Ukraine in general is not reported.
Ctrl Enter

We are in Yandex Zen
A summary of the events in the DNR and LC for the week 07.04.18 - 13.04.18 from voenkar "Mag"
The United States tested a prototype of a new anti-ship missile
255 comments
Information
Dear reader, to leave comments on the publication, you must to register.