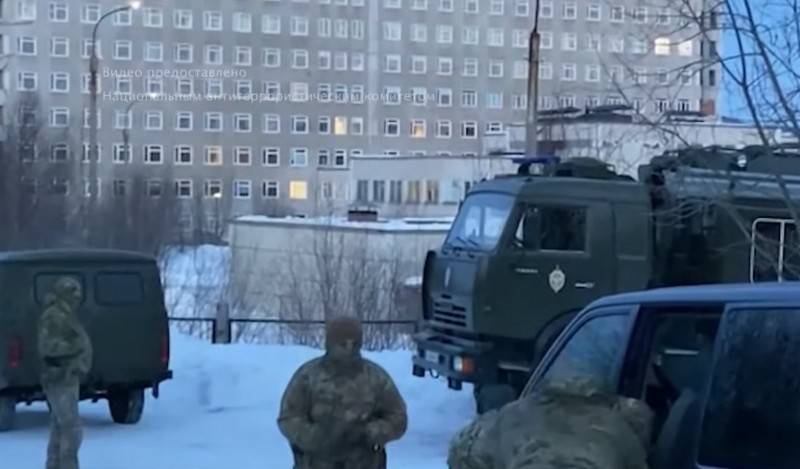 In Murmansk, the supporter of the Islamic State terrorist group banned in Russia has been eliminated. This was reported by the information center of the National Anti-Terrorism Committee (NAC).


According to published information, the FSB officers established the whereabouts of an IS supporter who planned the terrorist attack. While trying to detain him, an armed militant opened fire on law enforcement officers, but was destroyed by return fire.

Tonight, during the search operations in Murmansk, the FSB of Russia established the whereabouts of an armed bandit who planned to carry out a terrorist attack. During the operation, the gunman who opened fire was eliminated
- said in a statement.


An improvised explosive device ready for use was discovered at the site of the shootout. weapon and ammunition to it. There are no losses among law enforcement officers and the local population.

The identity of the offender is established, according to the NAC, he planned to commit a terrorist act, after which he left Russia and join militants in the Middle East.

Ctrl Enter
Noticed a mistake Highlight text and press. Ctrl + Enter
We are
Results of anti-terrorist work on Dagestan in April 2014Five militants killed in Ingushetia: powerful suicide belts found on two bodies
61 comment
Information
Dear reader, to leave comments on the publication, you must to register.