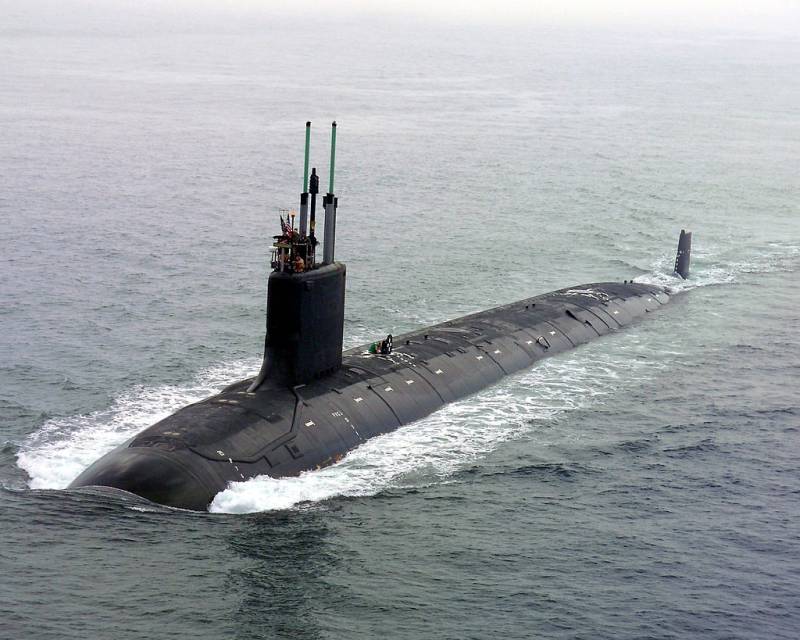 Hypersonic weapon getting ready to say his weighty word and even, possibly, change the world. Russia, the USA, China, Europe and Japan intend to put such weapons into service in the foreseeable future, and maybe others will catch up there, although this path is long and thorny.

Recall that in previous materials we examined the samples of hypersonic weapons that they create in the interests of US Army и US Air Force. As for such a weapon for the American fleet, then in the post-Soviet space it remains in the shadow of the Russian "Zircon", about the trials of which we have heard a lot in recent months. However, it is the United States that could be the first country whose ships and submarines begin to receive hypersonic missiles en masse. This does not mean that their new systems are better than Zircon, the US Navy simply has objectively more modern potential carriers and greater opportunities for their modernization. Recall that the Americans have already commissioned seventeen of the latest fourth-generation multipurpose submarines of the Virginia type, and a total of 66 have been planned to build them. Although, looking ahead, we note that not all of them will carry hypersonic missiles.

For comparison: Russia’s armament has one fourth-generation multipurpose submarine, with one in the literal sense of the word. The fleet now contains only one ship of project 885 - this is the K-560 Severodvinsk. The second submarine, built on the improved project 885M K-561 Kazan, is still being tested. When the tests are completed is unknown. As for the PRC and its submarine fleet, things are not going well, and whether the underwater forces of the Celestial Empire will be at the same level with at least the Russian Navy is a big question. 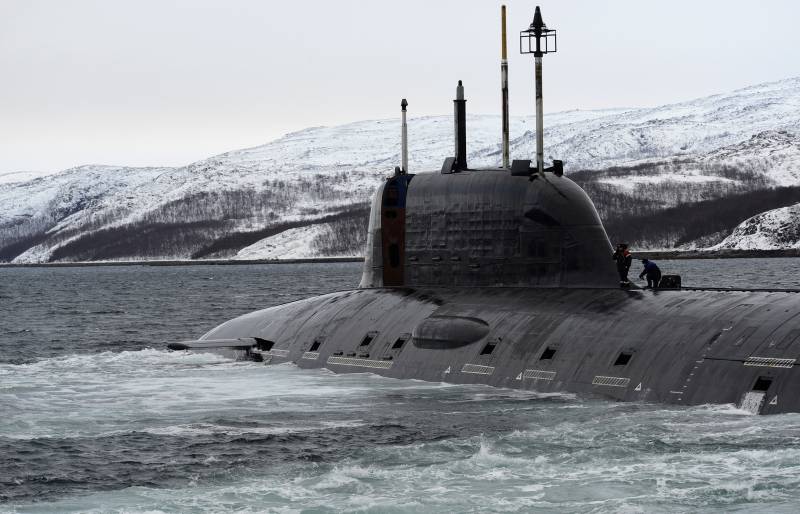 It was not for nothing that we started talking about submarines, and it was not for nothing that we mentioned the American Virginia. Not so long ago, USNI News reported that it would be the carrier of the Common Hypersonic Glide Body (C-HGB) hypersonic blocks - one of the most mysterious and potentially dangerous American weapons systems. All this is being implemented within the framework of the Conventional Prompt Strike program, which is known in the Russian-language media under the name “Non-nuclear quick strike”, which conveys the essence of the issue quite well.

The concept itself is far from new, only before the US wanted to place hypersonic blocks on nuclear submarines of the Ohio type. It is worth recalling that four of these submarines were previously converted from strategic submarines with ballistic missiles to what, in Russian-speaking terminology, sounds like a submarine (nuclear submarine with cruise missiles). The choice, it would seem, is quite logical: each such submarine can carry a monstrous arsenal of 150 Tomahawk cruise missiles. Their conversion to the new complex was theoretically possible, but do not forget that the very first and oldest of the Ohio type submarines were converted into carriers of cruise missiles: USS Ohio, USS Michigan, USS Florida and USS Georgia. The latter was commissioned in the very distant 1984. As for the carriers of ballistic missiles, we recall, recently, they began to arm missiles with small-sized nuclear charges with a capacity of five kilotons. In general, these submarines have their own specific tasks. 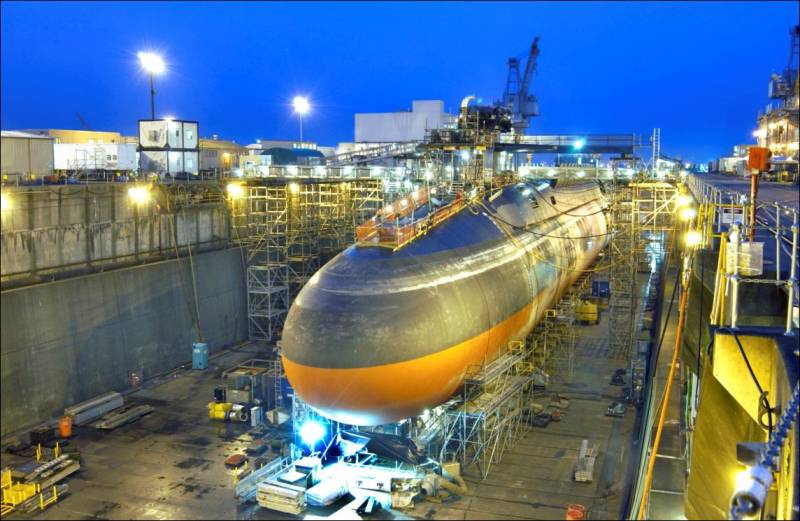 Simply put, Virginia is the most promising and, in general, the most optimal in terms of total amount of qualities of hypersonic weapons. And, importantly, one of the most numerous ships of the US Navy in the foreseeable future.

Given the extremely low noise of these boats, the prospect of Americans getting a breakthrough weapon does not look so fantastic. It is worth recalling that the Tomahawks with which Virginia-style boats are armed are relatively simple subsonic missiles that can be effectively intercepted even without the most advanced means. A hypersonic glider flying at gigantic speed is a completely different matter.

What is the Conventional Prompt Strike in technical terms? It is known that within the framework of the Navy program they want to get a two-stage missile with a diameter of 87 centimeters. The rocket acts as the carrier of the hypersonic glider C-HGB, which is being developed by Dynetics Technical Solutions.

By itself, the Common Hypersonic Glide Body is a “thing” that is extremely interesting, to say the least. Suffice it to recall that it can radically increase both the potential of the fleet and the capabilities of ground forces. C-HGB acts as a unified solution, which will also find its application in the framework of the Long Range Hypersonic Weapon (LRHW) army program. This, we recall, is about a mobile dual-container launcher with ballistic missiles. 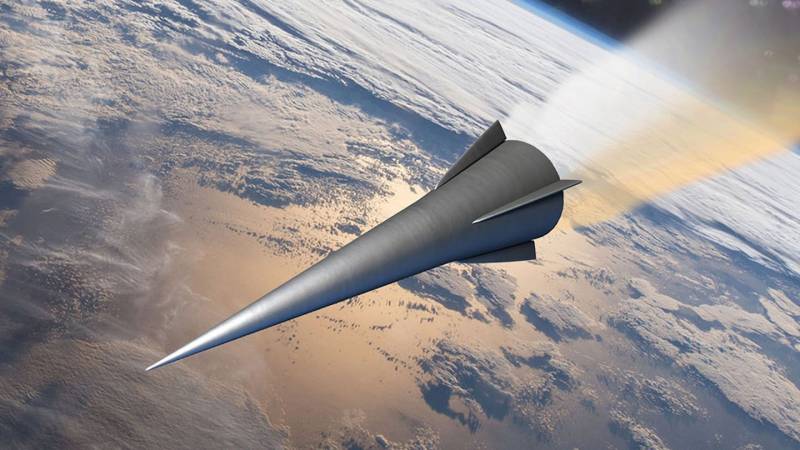 It’s too early to judge the capabilities of C-HGB. Earlier it was reported that the project is based on the experimental hypersonic warhead Advanced Hypersonic Weapon (AHW), which unofficial sources gave an estimated range of 5000-6000 kilometers. It is also known that the AHW combat unit reached speeds of 2011 Machs in tests conducted in 2012 and 8. Even if the real range is half that, this is a very serious claim for success.

The concept itself is as follows. First, the Common Hypersonic Glide Body block picks up and accelerates the launch vehicle, and then the C-HGB undocks from it and heads toward the target. Defense News recently reported that on March 19, the U.S. military tested the Common Hypersonic Glide Body. The device flew at a speed of more than 5 Machs and successfully hit the target. The tests were the second: for the first time the C-HGB was tested on October 1, 2017.

When and if the weapon is ready, it will be part of the arsenal of Virginia Block V boats, equipped with an additional VPM payload compartment (Virginia Payload Module). This is a compartment with 28 vertical launchers, which, in total with the already existing twelve launchers, increase their number to 40 units. This is a very serious increase in the potential of Virginia-class submarines, even if the Americans had no hypersonic glider at all. 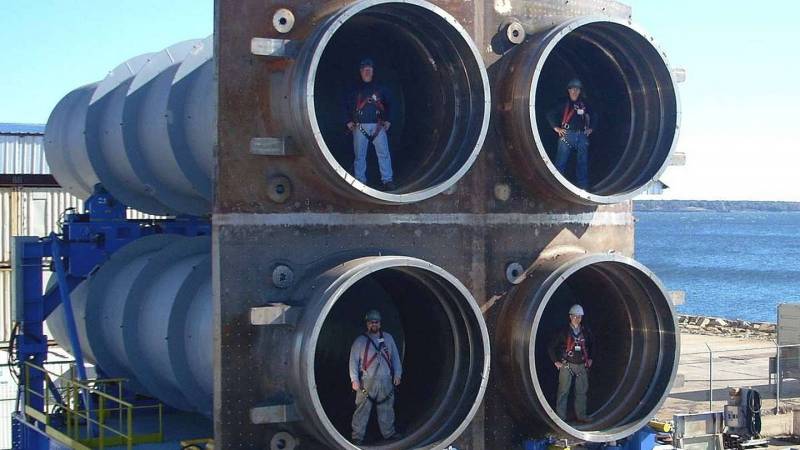 It is known that the last submarine Virginia Block IV will be ordered in 2014 SSN-801 - the 28th ship type "Virginia". In the new version, Block V, SSN-802 - SSN-811 boats will be made. As for the carrier and hypersonic glider, they should be ready by the end of the 2020s. In total, the States want to spend one billion dollars in research on the Conventional Prompt Strike program in fiscal year 2021.

On the whole, the marine component of the American hypersonic triad, like its strategic "brother", looks potentially the most dangerous and destructive. But whether the Americans succeed in realizing their plans is a completely different question.

We are in Yandex Zen
We are building a fleet. Wrong ideas, wrong concepts
About the future of underwater robotics
52 comments
Information
Dear reader, to leave comments on the publication, you must to register.