USC does not predict the postponement of ships due to coronavirus 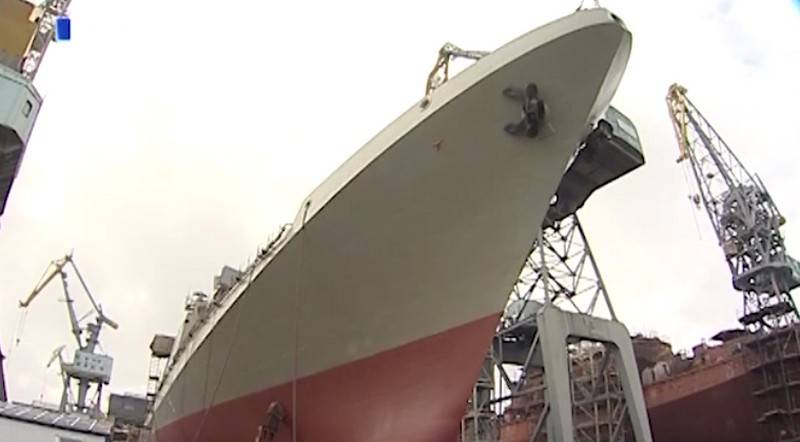 The situation that has arisen in connection with the spread of coronavirus and the introduction of quarantine should not affect the fulfillment of obligations for the delivery of ships and submarines. This was stated by the head of the United Shipbuilding Corporation Alexei Rakhmanov.


The head of USC explained that truncated work teams are currently working at the corporation's enterprises. Further plans will be adjusted in connection with the developing situation, but delays in the delivery of ships and submarines are not yet forecasted.

The truncated teams of final teams continue to work. Let's see how the situation will develop further. Now we will make adjustments to the work schedule and ensure the safety of employees to fulfill the state defense order
- said Rakhmanov.

Earlier, the Admiralty Shipyards shipbuilding company reported that it was not going to adjust the terms of laying, commissioning and construction of pledged ships. A series of Varshavyanka-type diesel-electric submarines for the Pacific is currently under construction at the Shipyard fleet. In addition, the Northern Shipyards are building two submarines of Project 677 Lada (Kronstadt and Velikiye Luki).

According to the plans of the Ministry of Defense this year, the Navy should receive four nuclear submarines and one diesel-electric, as well as four new ships armed with Caliber cruise missiles. These plans were announced by the Minister of Defense of the Russian Federation Sergey Shoigu.
Ctrl Enter
Noticed a mistake Highlight text and press. Ctrl + Enter
We are
Reports from the militia of New Russia for 27-28 September 2014 of the yearYuri Drozdov: Russia prepared the role of the sacrificial calf
18 comments
Ad